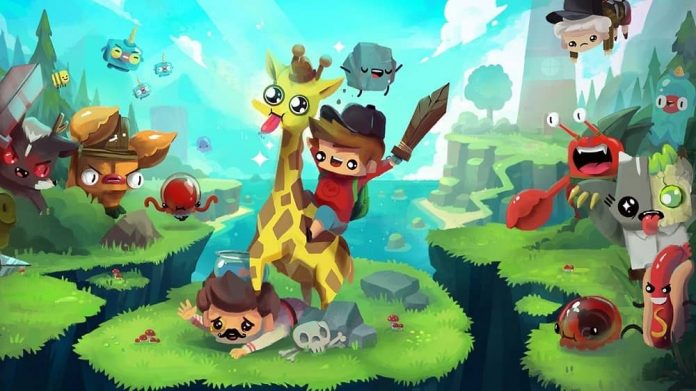 I’m a sucker for cute things.

It just so happens that The Adventure Pals, a platform game with RPG elements from developer Massive Monster, is inexorably cute. Like, super cute. Playing as a young boy with a penchant for strange headwear, you have a giraffe in your backpack, for Pete’s sake. Your companion is an anthropomorphic rock who likes to play dress up, and you live in a lighthouse where a group of folk-singing foxes like to jam outside your front door. You can’t get much cuter than that.

Originally starting out life as a browser-based flash game known as Super Adventure Pals, The Adventure Pals has been fleshed out enough to become a feature-length game that’s now available on all major formats. If you’ve played the flash version, then this upgrade is a no-brainer, but even if you’re not familiar with the name then The Adventure Pals really ought to be on your radar if you’re a fan of a good old-fashioned platform adventure. Taking place over five distinct worlds, The Adventure Pals is packed with humour, bizarre events, weird townsfolk and walking, talking hotdogs. You see, the nefarious Mr. B has an evil plan to take over the world, and the first step is to turn everyone into a hotdog. Oh, and he’s also kidnapped your parents. Along with your trusty giraffe Sparkles and your sentient rock buddy, it’s your job to rescue your ma and pa and take down evil Mr. B in the process.

Like any platform game, things start off fairly simple in The Adventure Pals. The first world, Treevale, is pleasantly green and its levels — each made up of five short stages — are straightforward and easy affairs. It definitely lures you into a false sense of security though, as the difficulty ramps up exponentially in later worlds. New enemy types are constantly introduced, with new attacks and abilities, and levels ramp up their use of environmental perils and traps. For all its cuteness, The Adventure Pals is no walk in the park. The challenge of later levels is well met by a decent levelling system though. With a light RPG system, you’ll gain XP for killing enemies, and each time you level up — up to a maximum of 21 — you’ll be granted a new ability. The abilities are pretty random in nature, ranging from things like coin magnets to upgrades for your pet rock that allow him to automatically attack enemies. You’ll also pick up temporary weapon upgrades as you play — the ability to do fire damage from your sword, for example, or to shoot exploding turtles each time you swing at an enemy (!) — and there’s a number of consumables you can acquire such as bombs and potions, with new types of bombs being added as you progress.

As far as gameplay is concerned, The Adventure Pals doesn’t do anything profound, but what it does do, it does very well. Controls are fluid and responsive, and each level requires you to utilise a set of skills that, for the most part, make you feel like a miniature badass. There’s a lot of wall-jumping, swinging with a press of your shoulder button and, er, popping out of toasters involved, which makes traversal really fun. There’s a cupcake hidden in each stage, as well as a collectible sticker to find in every level, so exploring every stage carefully really pays off. Combat, too, is pretty fun, despite being very simple. It’s a case of bashing one button as much as you can, but a combo meter, and a couple of available upgrades that allow you to counter-attack larger enemies help keep it from being boring. With explosive barrels strewn around, as well as some enemies themselves exploding on impact — and not forgetting the choice use of your own bombs — you can create some pretty impressive strings of explosions. And explosions are always welcome.

What really sets The Adventure Pals apart from most other 2D platform games, though, is its endless irreverent humour. Sure, you can skip through the dialogue if you’d rather get straight on with the action, but you’d be missing out. The writing is totally on-point, with plenty of pop culture references and funny little jokes that’ll keep you chuckling. There’s a nod to Monkey Island in there, for one, and a mission that involves giving a whale a pair of dirty underpants to wear. It’s incredibly random, but that’s what makes The Adventure Pals so charming.

The ramped-up difficulty towards the end of the game may be off-putting for some, considering its very much kid-friendly exterior, but if you don’t mind a bit of a challenge, The Adventure Pals is very much a worthwhile romp. I struggled to put the game down once I’d started, playing most of its 10-or-so hour campaign over the course of one weekend. With on-point controls, gorgeous visuals and a great sense of humour to boot, this is a game that no platforming fan should pass up.

The Adventure Pals is available on PC, PlayStation 4, Xbox One and Nintendo Switch. We reviewed the Xbox One version. 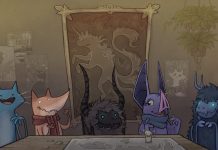