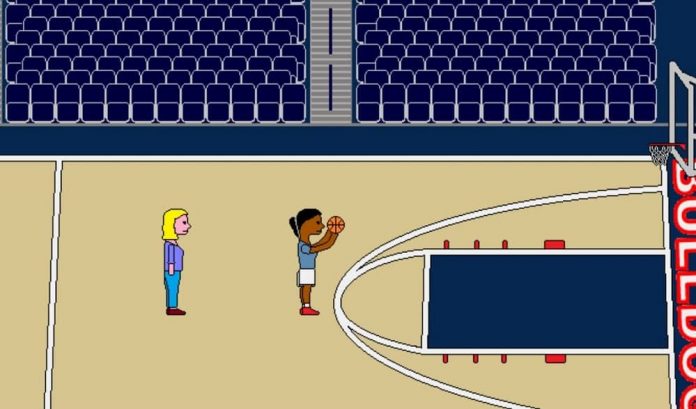 A game about basketball where you don’t see a match. Odd? Yes. Does it work? Not quite – not as a game, at least.

Watch Me Jump is a narrative-driven game that puts you in the shoes of Audra Bee Mills. Arguably the best basketball player in the WNBA, she is fierce, self confident and strong, to a fault. In fact, it’s the extent of her ferocity that is causing her issues; she’s surrounded by scandals due to her aggressive acts. You play out four quarters, each an act of the story, that explore her history with lovers, friends and alcohol – and fairly little basketball. Interaction is limited to choosing dialogue options, and the choices you make, like many games with a narrative focus, can alter the storyline.

A game adapted from a play

The story of Watch Me Jump is one that has been adapted from a play – as such, the scenes have a very stage-like nature and the tension is built cleverly throughout. The game makes no real effort to hide its roots as a play, and there’s very little player interaction to speak of. Audra Bee’s tale is a very interesting one for sure, but does the adaptation work as a game though? I’m not convinced. There is lack of real gameplay and the dynamics of the story, which would be amazing to see acted out on the stage, don’t have the same effect when displayed in pixel art. The climaxes of the narrative, which should have been exciting, feel rather underwhelming in this medium.

It also doesn’t feel like the limited dialogue options you have change much in the grand scheme of things. Choices you make seem to merely change the subtleties of each scene. They’re interesting for sure, but it fails to make Watch Me Jump come to life as a video game. It certainly would help if there was an exploratory nature to the game. Titles such as Firewatch have had success using this model, but in Watch Me Jump, the times where you can really wander and investigate are few and far between. Instead you are limited to a single backdrop with a conversation being played. Kind of like a play. Still, considering that Watch Me Jump is made by one man, Jeremy Gable, who also wrote the play, it’s a commendable effort. Even as a videogame, it tells an emotionally interesting story with a lot of character depth and tackles tough themes. As gamers though, we often expect more interactivity from the medium. I can’t help but feel that Watch Me Jump struggles to make the full transition from play to videogame. The minimal visual and audio design is somewhat charming, but the subtlety of the atmosphere and character motivation can get lost because of it.

With Watch Me Jump, I found myself watching a pixelated version of a play rather than playing a game. I think I’d just rather watch the live-action version. 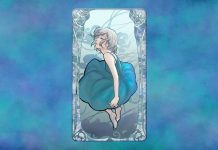 Counselling Becomes Compelling in Who Am I: The Tale of Dorothy