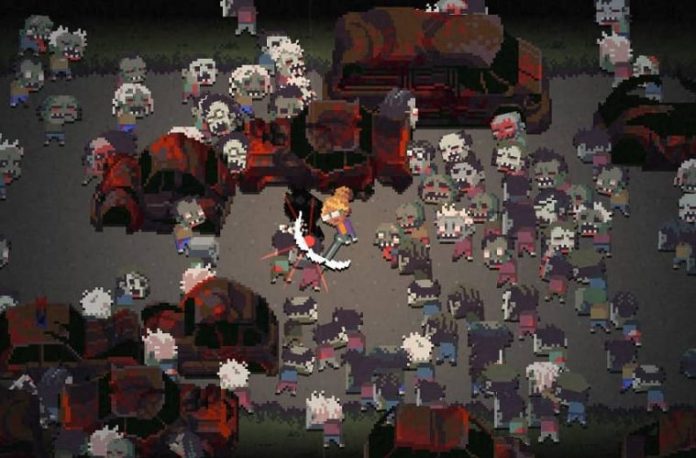 When I heard that Death Road to Canada was being brought to consoles all I could think was, “finally!”

My enthusiasm wasn’t because I lack the ability to play Death Road to Canada on PC, but was simply because it has been almost two years since it first released. It’s about time our console-only brethren could enjoy the zombie-killing road trip adventure. You won’t be disappointed when you see those pixel zombies on your big TV while lounging on your couch. After all, what’s the safest place to be during the zombie apocalypse? The living room. Heh.

Death Road to Canada is a “randomly generated road trip simulator” from RocketCat Games. In this world, the U.S. has been ravaged by the zombie apocalypse. The dead are everywhere and your survivor (randomised or created by you each game) has heard that there is salvation in Canada. It’s your goal to make it all the way from Florida to Canada; surviving the onslaught of the undead, bandits, inclement weather, lack of supplies, and everything else the journey throws at you. And if you’re not up on your geography, Florida to Canada is a long-ass cross-country trip – over 2,000 miles. And should you die, it’s game over. It’s going to be a bumpy ride for our pixelated survivor.

Each character can start by themselves or with a buddy. Throughout the game you have to make semi-frequent stops at grocery marts, apartment buildings, gun shops, etc. to get supplies for your trip. When you’re on the road you will quickly consume gas, medical supplies and food so you need to stock up. Having lots of food and gas can be especially helpful when you come across traders selling things like weapons and want food or gas as payment. 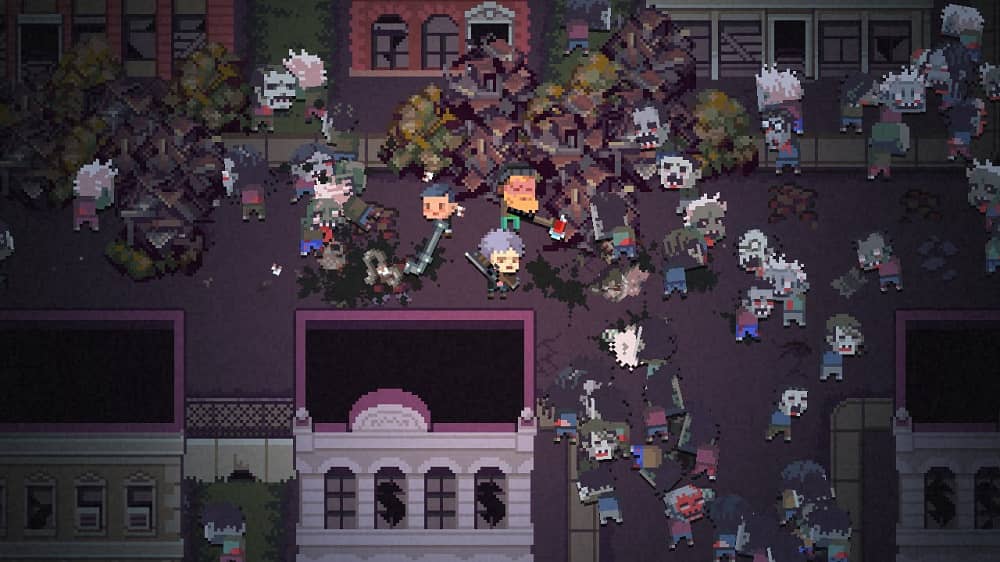 As a native Floridian myself, I’d like to take a moment to offer personal advice from the heart. Fellow Florida friends, enemies, apocalypse survivors: if the apocalypse ever really does happen, don’t try to make the long trip to Canada. Don’t just. Just hop on your boat (you know, the one given to each Floridian at birth to prepare them for the watery terrain) and stay put until it all blows over. Your body will never be able to adjust to the harsh, cold winters of Canada. Our bodies were built for hot temperatures, alligator wrestling, and tough skin due to sun exposure. Besides, Canada doesn’t have Disney World. If, despite my warnings, you still decide to make the dangerous trip up to maple leaf country, you’ll need a lot of dedication.

It’s hard not to compare any zombie apocalypse game to Dead Rising; a game where you can hack and slash your way through hordes of the undead, oftentimes with very little consequence. In Death Road to Canada, however, you have to think carefully about everything you do. Is it worth fighting that zombie, or should you try to avoid it? It isn’t that some zombies are more powerful than others, but depending on the time of day, zombies can be anywhere from sluggish to very aggressive. This changes with each location you stop at – so you have to be careful and decide what you’re willing to take on. 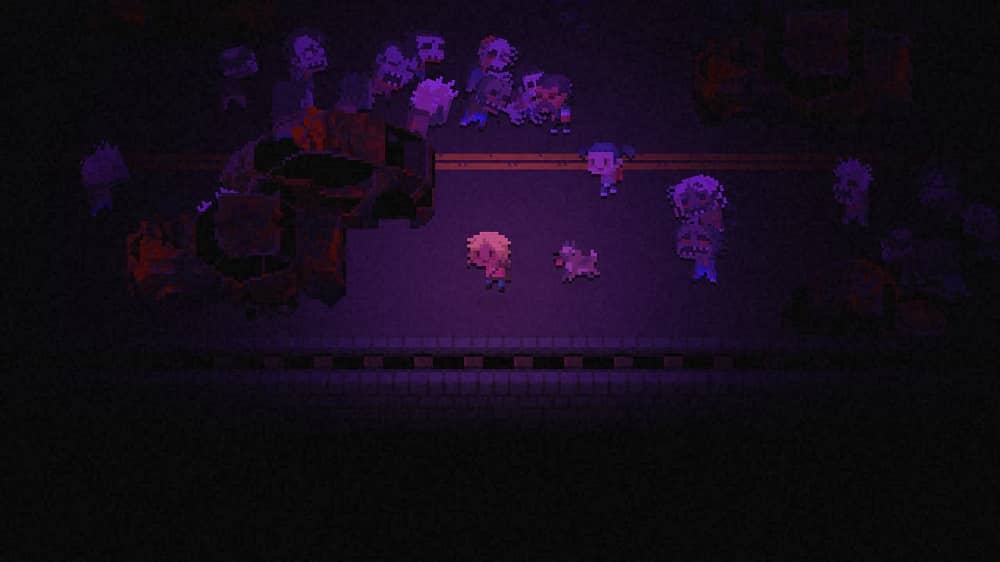 Along with the normal zombie encounters, when you’re on the road you’ll come across bandits, traders, and just plain old crazy people. On each encounter, you’ll have to decide how to handle these situations. Often, that choice comes down to either fighting or running. Running may always seem to be the best option, but if your group is well equipped, fighting may be just as beneficial. After all, gaining more resources is always handy.

Melee combat in Death Road to Canada is easy to pick up and master. You simply pick up any weapons you can find and equip them to each team member, so everyone is equipped to kill. It was the guns I had a hard time with. When characters have guns equipped they’re given a red crosshair when aiming at enemies; but occasionally I found that the crosshairs weren’t aiming at the zombies I was looking at. The shotgun was fine because of its large spread, but I found pistols almost completely useless because I could rarely hit my targets. 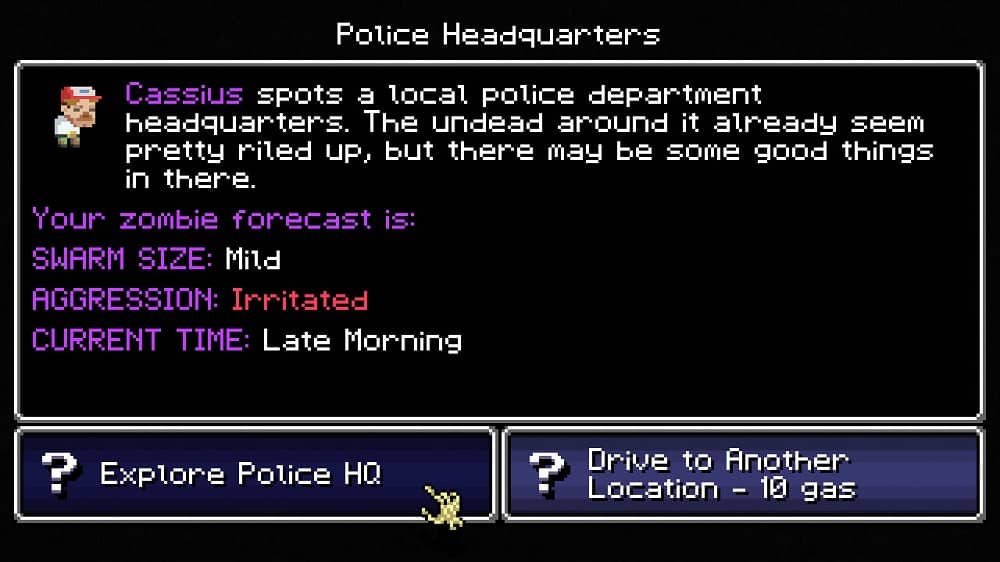 More to life than braaaaains

I’ve not managed to beat Death Road to Canada yet, but I keep coming back for more. Despite more deaths than I’d like to admit, I absolutely love this game. After all, I don’t think Death Road is about winning; it’s about the journey – and surviving this journey is meant to be a difficult adventure. There are some things about the game that may frustrate, like the controls or the totally randomised events; but the unexpectedness and difficulty is what makes Death Road to Canada, well, Death Road. This isn’t Happy Unicorn Road, after all. If you want something easy, this probably isn’t the game for you.

Despite being two years since its original release on PC, Death Road to Canada is still as brilliant as ever. It’s a fun, challenging, quirky road trip simulator full of more zombies than you can shake a spiky stick at. Despite a few minor niggles, Death Road to Canada has me hooked; I’m going back for more at least once a day for a few hours at a time.

One of these days, I’ll do my Floridian adopted alligator parents proud by making it to Canada. Maybe not with all of my limbs intact, but I’ll get there. Just you watch.

Death Road to Canada is available on PC, Xbox One, PS4 and Nintendo Switch. We reviewed the PS4 version.