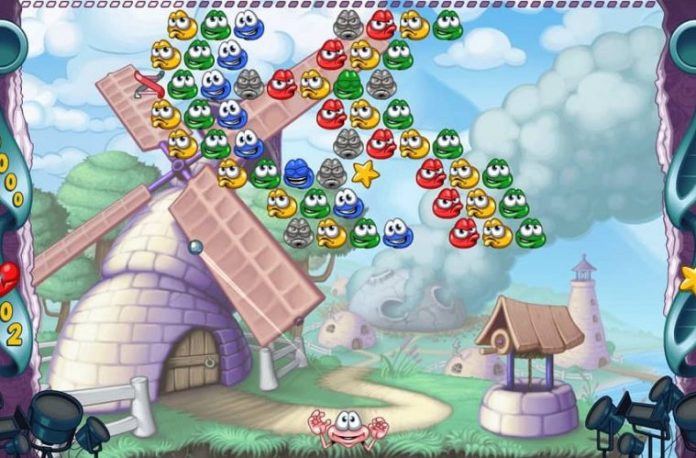 Before I became the hardcore gamer than I am today (you know, Animal Crossing, Stardew Valley, etc.) I played a lot of weird computer games like Insaniquarium, Feeding Frenzy, and Typer Shark. No, they weren’t all related to the ocean.

Doughlings: Arcade from developer Hero Concept takes me right back to the days of those browser-based games. It’s an old idea in an old genre, but with a brand new face and plenty of creative twists to keep you coming back for more. 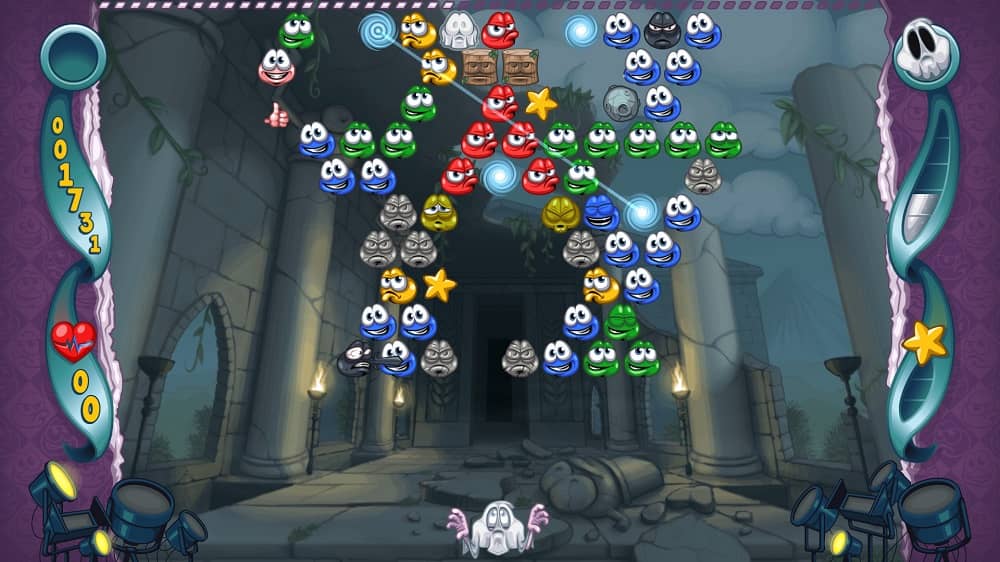 When you first load up Doughlings you may be thinking, why dough? The truth is, I don’t have any answers for you, but it is kind of cute… right? The story begins when a meteor strikes the doughlings’ peaceful dimension. A poisonous gas escapes from the meteor, affecting all doughlings one by one. Miraculously, a doughling named Doctor Morpheus was unaffected and was able to create a cure to save his people. Now, it’s up to Morpheus to save his friends and get the doughling dimension back to normal.

For much of the game, you’ll play as Dr. Morpheus, but there are a number of different personas to unlock as you play. There’s Smash who turns into a huge Incredible Hulk doughling, Gunner who carries two handguns, and Robo who controls two magnet hands and shoots lasers out of his eyes. Along with each unlockable persona comes a set of upgrades for that character’s special ability. The more stars you earn on each level, the sooner you’ll be able to upgrade your characters. You may not like the doughlings at first (in fact, they probably seem a little creepy) but I promise you that the more you play, the more the doughlings rise to the occasion. Heh heh. 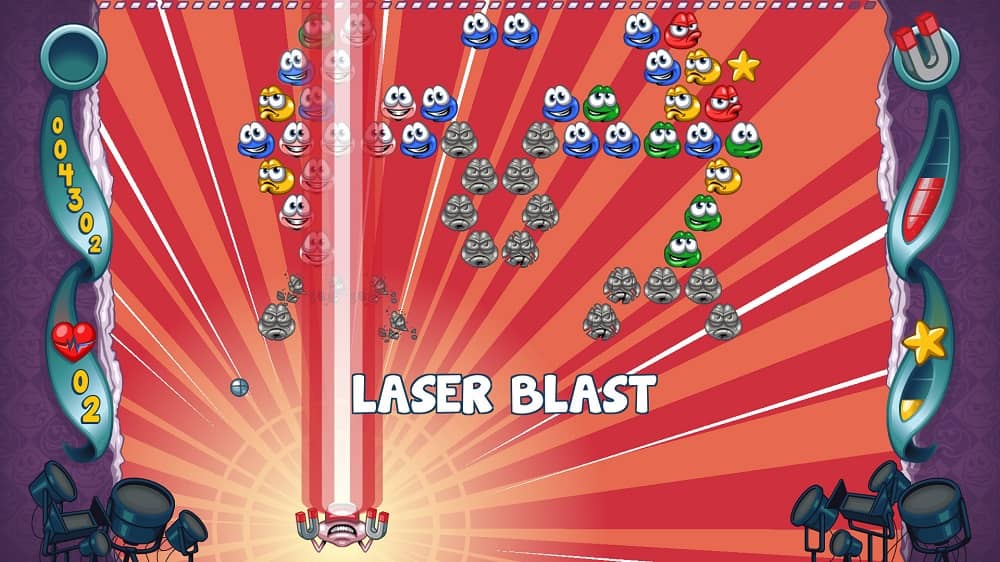 What are you laughing at?

Essentially a modern-day Breakout clone, everything works very smoothly when it comes to Doughlings’ controls and gameplay. At the top of the screen in each level are your fellow doughlings that you’re trying to convert back to their normal selves. Morpheus acts as your paddle at the bottom of the screen. Your job is to ‘cure’ the doughlings by  knocking the ball back and forth, hitting each doughling until they return to their normal lovely, fleshy dough colour. The game is very forgiving in that you may think you’ve missed the ball but it counts as a hit anyway. I was very appreciative of this during some of the harder levels.

Altogether, the art, music, gameplay, and silly narration in Doughlings: Arcade make for an enjoyable experience. The only downside is the giggling. Oh, the giggling. Throughout every level, the corrupted doughlings will laugh their heads off at you while you’re hitting the ball trying to save them. I can still hear those little Tickle Me Elmo giggles in my nightmares. The occasional laugh would be fine, maybe even cute, but every single time I heard those guffaws, it pushed me closer to muting the game.

I’m not addicted, I can stop whenever I want to

No matter how much I like to think that I have control over my intake of Doughlings, it has become obvious to me that I have an addiction. There’s something about how easy it is to learn mixed with the increasing challenge of each level that will have people of all ages coming back to Doughlings again and again. Many folks are sure to get a hint of nostalgia when they play.

Along with its storyline, Doughlings even has its own level creator so that you can put you creativity to the test and make levels for fellow players to enjoy. You can add your own powerups, choose where you want your doughlings to go, and more. If only there was a way to turn off the laughing.

Doughlings: Arcade, at first glance, may seem like an outdated game from the early 2000s, but spend a bit of time with it and you’ll soon see it’s a fun, modern twist on a classic. For £3.99/$4.99, you really can’t go wrong. It’s dough-lightful. (Sorry.)

Doughlings is available on PC. 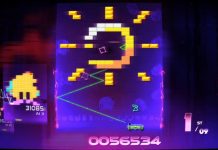