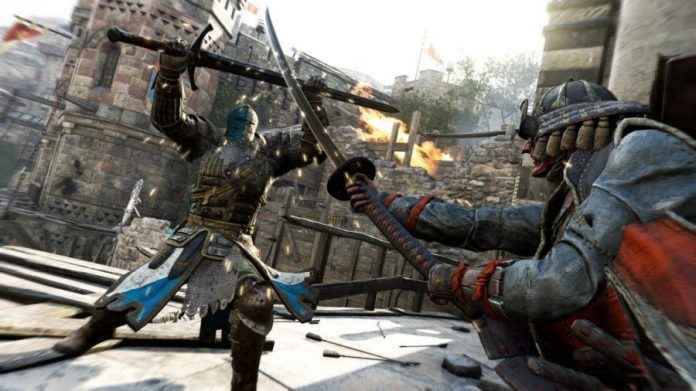 After the release of Season 5: Age of Wolves, I really thought that would be it for For Honor.

I still played it, with the same crazy group of friends devoted to the game that I’d had since day one; but it was with a sense of impending doom. I feared that For Honor was about to become one of those games with graveyard status; its online presence falling away steadily until the Ragnarok of server closure obliterated it forever. I could not have been more wrong.

Season 6: Hero’s March looks to be the best update yet, taking For Honor to a new level. Along with the usual upgrades expected from a patch – tweaks to the matchmaking, basic control, and two of the characters’ movesets: the Orochi and Peacekeeper – there is also a wealth of new content to draw back even the most disillusioned player. 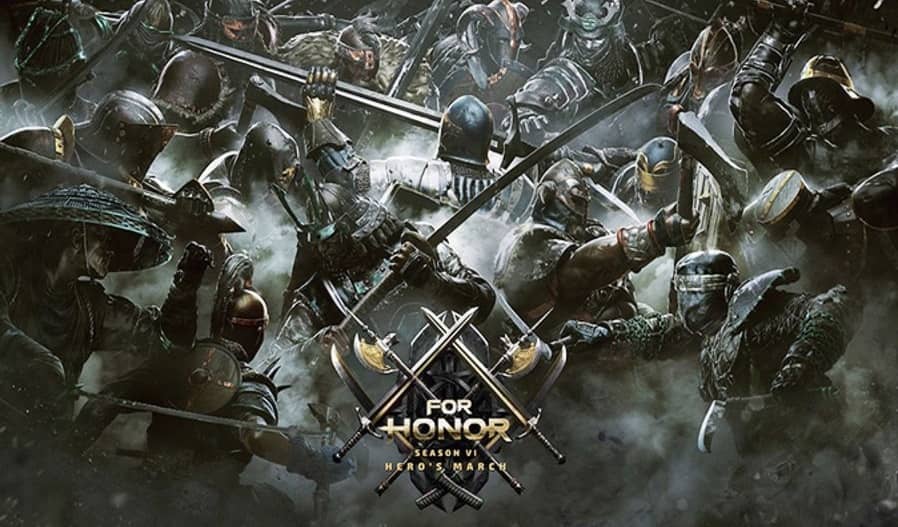 Firstly, Hero’s March adds a new map, Beachhead – a naval assault map. For perhaps the first time, Beachhead introduces a significant difference between the attacking and defending positions in Dominion games. The attackers must scrape their way up a sloped gulley, towards the battlements of the defenders, in order to capture objectives A & C. However, objective B, which is fought over by the armies of basic infantry units, is much closer the attackers.

This makes for a very different style of opening game. The attackers often struggle to gain purchase, and the defenders desperately try to keep them from entering the keep. A true siege. 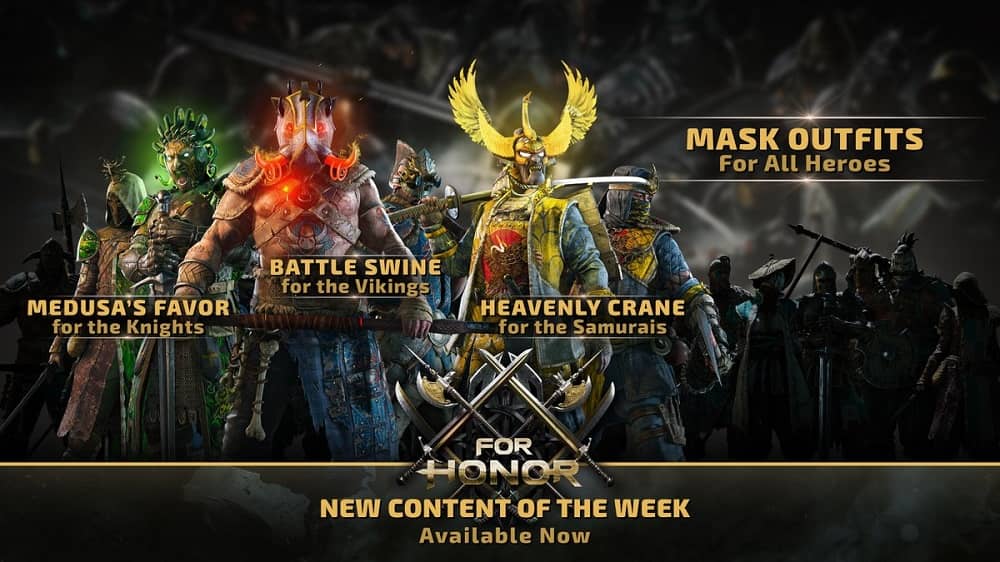 Season six of For Honor adds new masks and mythic outfits, new legendary-tier weaponry and skins, and a frankly daunting possibility for customisation. The new masks – the Gorgon’s Gaze (Knight), Battle Swine (Viking), and Heavenly Crane (Samurai) – are weird and wonderful. But better still, they draw influence from a newly-introduced story dimension.

Each faction is now aligned to a kind of deific warrior: the Gorgon, Boar and Crane. Unsettling golden statues of these warrior-gods now appear during the VS loading screen, looking on at the combatants with magnificent apathy. New “Daily Order” quests feature micro-stories about legendary fighters, such as the terrifying Jubei, which augments the whole experience. The basic infantry have been overhauled in line with these new allegiances. The knight infantry wear horrifying gorgon masks, coiling with serpent hair. The samurai knights wear strange bird masks and scale-mail armour. The viking grunts have tusks on their helms. The whole game looks better than it has ever done.

But it’s not just aesthetics; the overhaul to the Orochi and Peacekeeper is significant. The Orochi has lost the iconic Riptide Slash in exchange for a superior feinting Storm Rush. The Peacekeeper’s damage and speed have been tweaked in exchange for better cancelled and dagger-faints. In addition, the limited time event (until the end of May) Rite of Champions allows players to play online with any character regardless of whether they have unlocked them and purchase them at a cheaper rate. 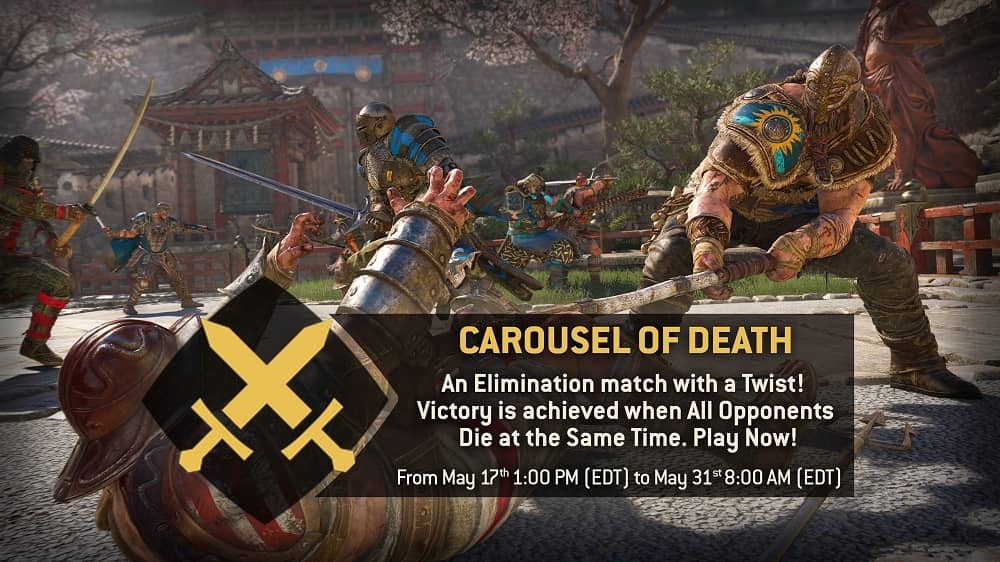 Finally and most importantly of all, a new game mode has been introduced in seasons 6 of For Honor: “Carousel of Death”. This masterstroke of matchmaking is one of the most fun and intense PvP experiences I have enjoyed in a good long while. It might even be my favourite game-mode. It is a 4v4 game, played on a tiny arena-style map. There are no feats and no environment hazards. It is pure skill all the way. When you die the first time, you have a five-second respawn. Each time you die subsequently, five seconds are added to your spawn timer. The aim of the game is to get all the enemy team dead at the same time.

Carousel of Death introduces an exciting tension when your team-members die. Rather than recklessly ploughing into the enemy in the hopes of taking one or two down, it forces you to instead focus on surviving just long enough for your teammates to respawn. In one game, I found myself surrounded by all four members of the enemy team. As the killing blade entered my spine, all three of my friends popped back into the world. I did not die in vain. I held them just long enough.

Overall, I must commend the dedication and energy of For Honor’s developers. They have continued to believe in the game, continued to tweak, upgrade and develop it, so it has become far greater than it ever was at release. For those who have stuck with it, it has been one of the most rewarding online experiences of recent years. Onward to Season 7.

More on For Honor