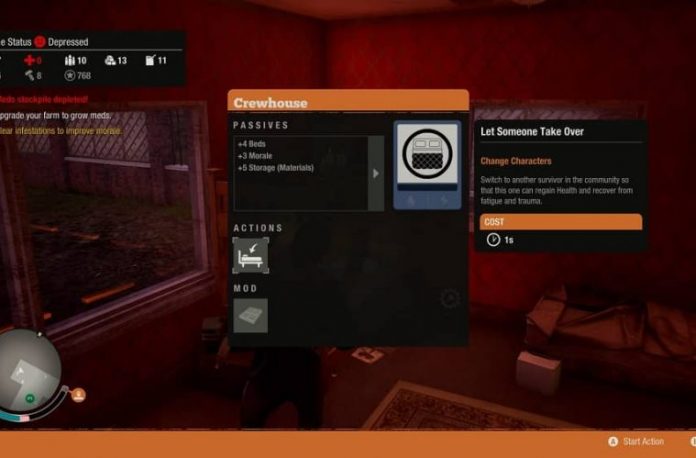 State of Decay 2 may cast you as one of several zombie-slaughtering badasses, but your characters still need their rest.

Not only does attacking zombies (and running away from them) use stamina, but the longer you stay awake the less stamina you’ll have.

When you’re tired, a ‘ZZZ’ icon will appear on your health/stamina meter indicating it’s time to get some shuteye. You can brew up coffee in your base’s kitchen (if you have one) but that only serves a temporary fix.

You can ignore the game’s friendly prompt, but you’ll notice that your maximum stamina goes down the longer you stay awake. Lose half your stamina meter and suddenly you’ll find you can only get half as many hits in before you’re exhausted; a sure way to get killed. Here, then, is how to sleep and restore your stamina meter.

You can switch back to your original character before they’re ready, but it’s not recommended. Sleeping will also restore health and, providing you’ve got an infirmary upgraded to level 2, heal all injuries and trauma.

Hey presto, your character will be fully rested and ready to take on the world of the undead once more.

How to Repair Weapons in State of Decay 2 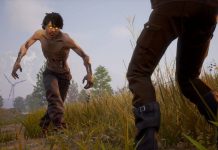 8 Tips For Surviving State of Decay 2