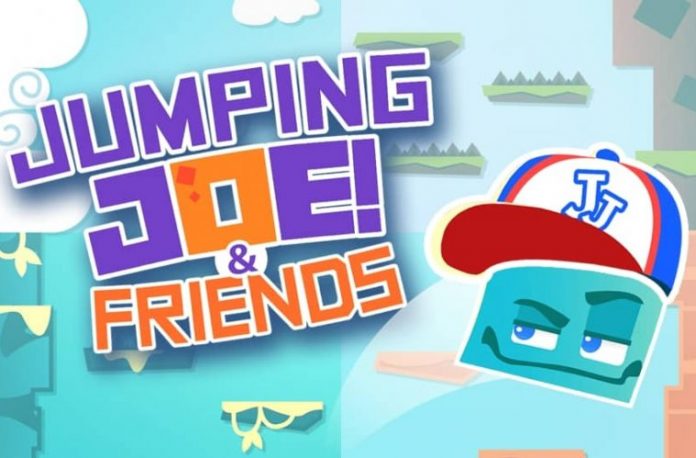 If you’ve ever played Doodle Jump on your mobile, you’ll be somewhat familiar with the concept of Jumping Joe. The idea is to move as far up the screen as possible, jumping from platform to platform, dodging obstacles and picking up collectables along the way. But in this case, the direction you jump is most important; you can only jump up left or right, using the shoulder buttons. Marking out a path, avoiding objects and making sure you press the right buttons is the key to success. 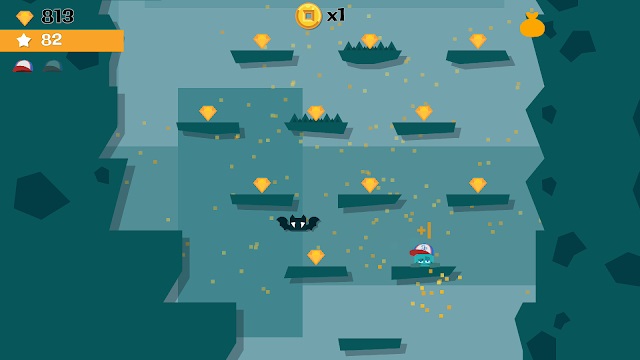 It may sound too easy, but Jumping Joe & Friends rewards speed and accuracy. And while its concept is about as basic as they come, it requires an awful lot of co-ordination to succeed. But no matter how many times you die, the game sucks you back in. And you’ll try, try and try again, ever striving to jump just a little bit higher.

The game has two modes unlocked to begin with – arcade and multiplayer. Arcade is the main single player mode where your goal is to get as high as possible. There are two further modes to unlock – race and hero – but to be able to play them, you’ll either need to spend in-game credits or achieve high scores. You’ll need to score 300 in less than 60 seconds to unlock race mode, and score 600 to unlock hero mode. Getting a high score is one thing, but doing it quickly is another.

As you play, you’ll collect gems, which act as your in-game credits. You can use them to unlock new characters or upgrade existing ones. Characters have their own unique skills. The titular Joe is, well, average, but gathering 1,000 gems will allow you to unlock Rocket Bird, who can skip through the first 50 platforms, giving you a starting boost. There are plenty of other characters to unlock too, with abilities such as destroying obstacles or attracting gems.

While single player is fun, it’s multiplayer where Jumping Joe & Friends really shines. Up to four people can play on the same screen, though since two players can use a Joy-Con each to battle it out, that’s the easiest and most accessible way to play. Games are customisable, allowing you to set how many rounds are needed to win, the length of each round, how many lives you have, and the level difficulty. There are also a lot of cute avatars to choose between. These characters don’t seem to have special skills, instead they just personalise each player’s experience.

Once you’re ready to play, it’s a simple case to see which player can climb the furthest in the allotted time – providing they don’t die along the way, of course. The short levels cycle through a range of different backgrounds and obstacles, constantly keeping you on your toes. It’s fast, frantic, and a hell of a lot of fun.

Jumping Joe & Friends is available now in North America via the eShop for $4.99. It’ll be available in Europe tomorrow for £4.49. Do yourself a favour a pick it up – it’s a fiver well spent.