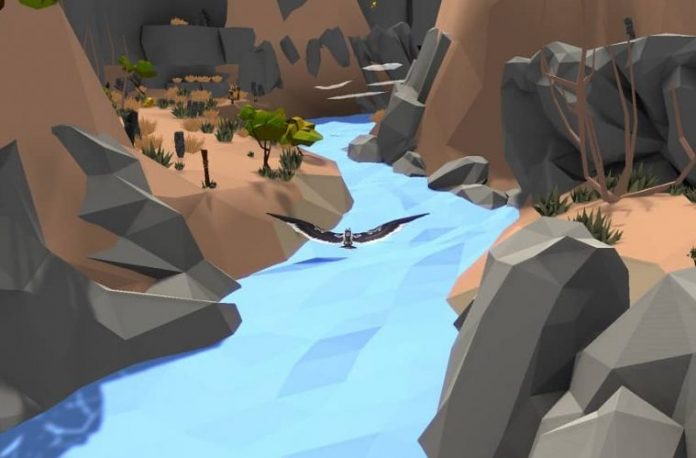 Throughout the sweeping landscapes and beautiful vistas of Mulaka is a sense that what you’re playing is more than just a video game.

Based on the legends of the indigenous Tarahumara tribe – or, the Rarámuri, as they call themselves – the game acts as one part action/adventure game and one part cultural preservation project. While taking inspiration from The Legend of Zelda series, Mulaka is much more than a simple imitation of old formulas. A balance of interesting combat mechanics and engaging puzzles fleshes out the world to create what might be one of the most important action games in recent memory.

Although many might find the stories and world of Mulaka rather foreign, its fundamental elements feel distinctly familiar. The protagonist – a mystical shaman known as the Sukurúame – is tasked with preventing the fourth end of the world. To do this, you’ll have to gain the favour of four different deities by proving your worth, which usually means eradicating the various enemies that are plaguing certain areas of the game’s world. Although I wasn’t accustomed to many of Mulaka’s terms, I felt like the game was walking on well-trodden ground. 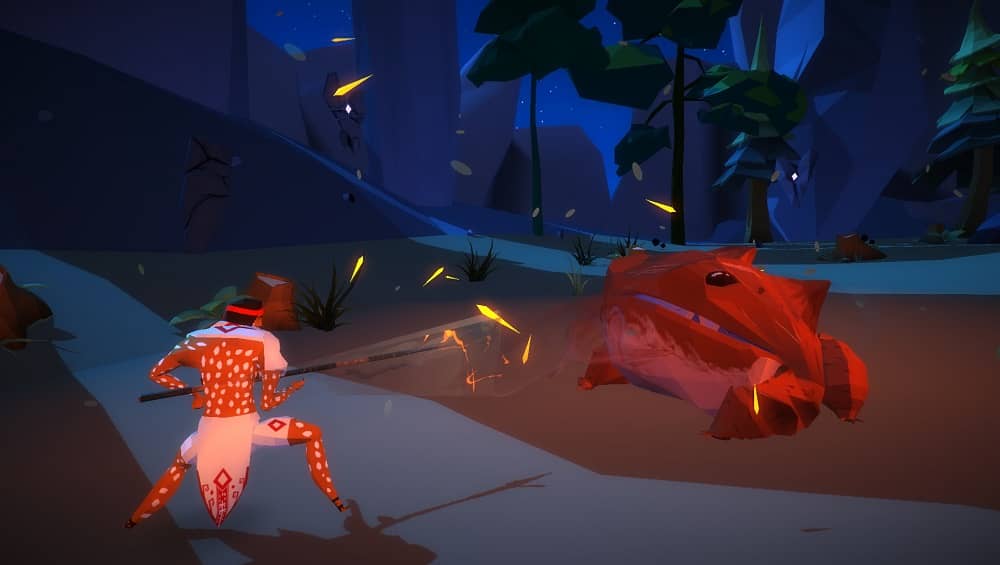 With such high stakes, it’s a treat to see it also balance its tone with plenty of colour and charm. NPCs, while never very memorable, are always sources of useful information. Plainly inspired by how The Legend of Zelda: Ocarina of Time’s elements often contribute to your better understanding of the world, so too does Mulaka’s. Speaking with random people will often reveal hints to help accomplish various puzzles or pathways, helping contextualise the different mechanical and systemic levels of the game. It helps that it’s always wrapped in a delightfully charming package, as well. Sweet old ladies trapped behind half-broken walls help explain the game’s bomb-throwing mechanic and little kids bickering on a rooftop will drop hints of neat treasures you can find amongst the town’s canopy.

Its this shared sense of world building that helps make the game feel more lived in and real, despite constant reminders of the contrary. Even more powerful, however, is its context in Rarámuri legend. Like God of War and Age of Mythology before it, Mulaka is a showcase of its cultural lore by bringing its legends to life in the game. Educational, although never outright, it feels more significant than your standard action/adventure game because of it. 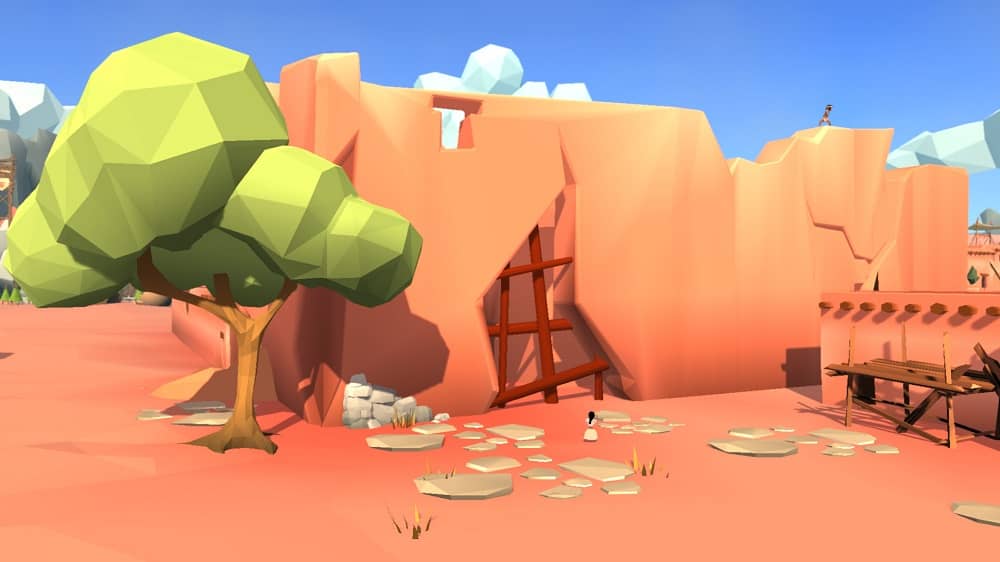 At first glance, Mulaka’s striking style felt a bit out of step with its core mechanics. Movement feels less precise than I had wanted thanks to some stylised animations, and it’s hard to tell exactly where you’ll be when you stop walking or running in any particular direction. Since Mulaka is an action/adventure game, my first few hours were filled with trepidation, but after spending enough time with it you begin to get a feel for the game’s rhythm.

Equipped with three different weapons, there isn’t much mechanical depth to Mulaka. With only two buttons to attack with, not including the left bumper used for throwing your spear, there is very little room for experimentation. Light and heavy attacks don’t combine together very well and the flow of combat is at its best when you’re simply spamming attacks in multiple directions.

Luckily, Mulaka also offers some often interesting enemy encounters that turn its simplistic combat into something more meaningful. For instance, one of the monsters in the game will charge you at a moment’s notice, completely invulnerable until it stops and reveals a weak spot on its back. It’s an encounter that is echoed throughout most of the game by similarly varied enemies, some of them needing to be staggered before attacked, others simply easy enough to be taken out immediately, but they all contribute towards a thoughtful approach to enemy design. 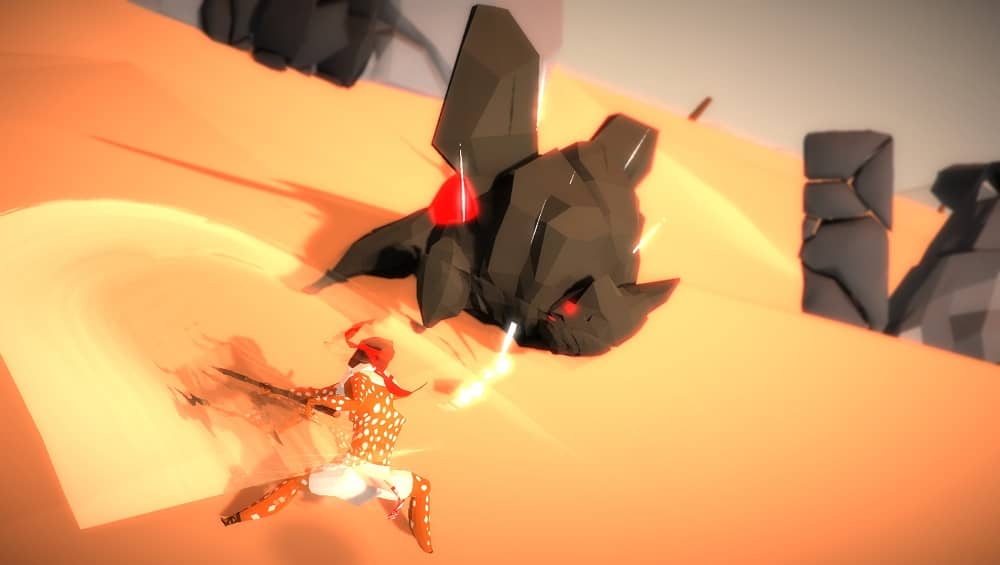 Where the game truly shines is when these ideas are expanded in its boss battles. With monsters from Rarámuri legend appearing left, right and centre, it’s a thrill to see these pre-existing beasts given such character in-game. It occasionally apes its inspirations a bit too liberally however, like in the game’s first boss – a giant scorpion with a giant eye as its weak spot that feels strikingly similar to Queen Ghoma’s. Still, the game’s various monsters almost always leave a lasting impression.

Where the game does falter, however, is in its puzzles. While most of the game accurately replicates what’s good about the Zelda games, Mulaka seems content with repeating the same few environmental puzzles to help break up the pace. While they serve their purpose fine, forcing you to collect three artefacts to open a door, all of which looking similar to the ones you collected last time, there’s a frustrating level of repetitiveness that hampers the experience as a whole.

If Mulaka is proof of anything, it’s that there is a definitive impact when games are made by more diverse voices. Mulaka feels deeply personal. A true passion for the Rarámuri culture shines through, as does an equal appreciation for games like Ocarina of Time. Yet what matters most after I’ve put the controller down is that Mulaka is a showcase of something I wasn’t already familiar with. So often are we treated to games that tell the same stories from the same types of people that we begin to feel like we’re simply playing echoes of our own pasts. In a time where people want to build walls, Mulaka chooses to create a bridge. One between us and the Terahumara people. I can’t help but be thankful, but on top of that, it’s a damn fun game in its own right.