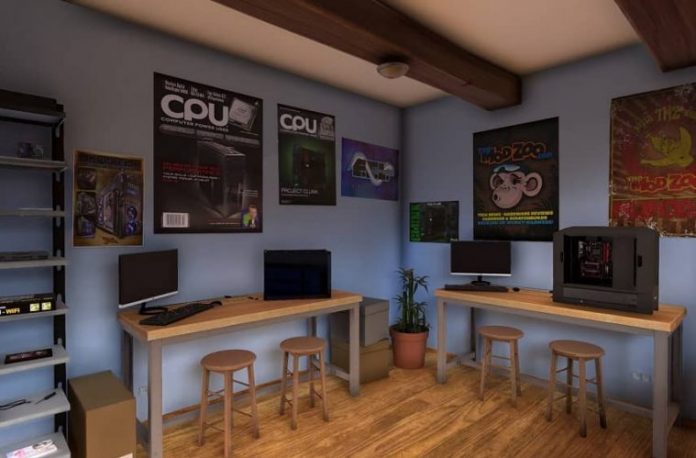 There are 244 radio stations to choose from in PC Building Simulator, and I’m going back to the 50s and 60s.

Claudiu Kiss and The Irregular Corporation have introduced a much-requested feature into PC Building Simulator: the music player. Simply install it on your in-game computer, then listen to the title’s soundtrack, your own local music, or dive into 244 radio stations. This isn’t the first game to introduce a radio – Euro Truck Simulator 2 allows you to browse radio stations to play in your truck, which most likely played a small part in its inclusion to PC Building Simulator.

Everything you could think to listen to is within those 244 stations. Some of the more curious options available include High Voltage, Kids fm, Magic 80, Sax4ever (really, that’s how they spell it), Ambience Reggae, Xmas in Frisko (what?), and Generation Soul Disco Funk. No matter your tastes, you’ll undoubtedly find something worth building a virtual PC to. Some of those 244 stations help add to PC Building Simulator’s relaxing vibe; others will have you bobbing your head while installing hard drives.

To start with, I listened to some of my local music – some I hadn’t heard in a while. Given the very hot temperatures across Europe last week, it seemed fitting to jump back to summer 2015 and Jamie XX’s In Colour. Playing your locally stored tracks on  the music player gives your in-game office a more personal feel. Sure, I could just open a media player outside the game and play that music, but it’s a nice touch to have it incorporated into the game.

When scrolling through the radio stations, I didn’t hesitate to play “Back to the 50s 60s Radio”. There are some classics in there that take me back over a decade; being at my Nan’s house with The Beach Boys or Jim Reeves playing. I also gave a listen to the Movie Soundtrack Hits station which mixes OSTs with tracks chosen for film. It started off with Lou Reed’s Perfect Day before a Randy Newman piece from Monsters Inc.

The music player breathes a bit more life into your office in PC Building Simulator. Before using it, I had BBC Radio 6 Music on outside of the game (unfortunately not within those 244 in-game stations). I start the day knowing I’ve got a whole PC to put together, but before doing anything else, deciding what music to play is most important. Being able to do that without leaving the world of PC Building Simulator is a welcome addition indeed.