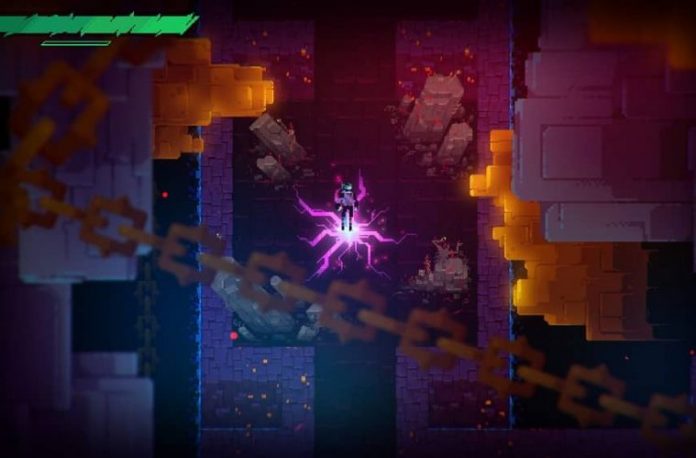 A pixelated hack-n’-slash with light RPG elements, Phantom Trigger is a fast-paced, delightfully difficult, and exceedingly fun adventure. There’s so much to love, and so many reasons to come back again and again.

The game begins by introducing you to Stan, a normal man living a normal life until a life-threatening disease hospitalises him. From then on, you’ll bounce back and forth between his world and the world of The Outsider, who you spend most of the game controlling. Throughout your adventure you’ll unravel the mysteries of how Stan and The Outsider connect their two worlds. Level up your weapons, master your abilities, and fend off hordes of enemies. Restore order to to these worlds and gain the trust of your compatriots, no matter the cost.

An Intriguing and Complicated World

Phantom Trigger is composed of six total worlds, counting the “real” world which Stan and his wife, Pam, inhabit. The story takes you through Stan’s health issues, in a hospital and at a psychologist, as well as through the worlds The Outsider visits. These two are connected somehow, and you’re constantly told you can save Stan, ‘The Creator’, with your light. It’s a fun story to unravel, but I think it could be presented a little smoother. It’s not that it’s overly complex; it just doesn’t have an approachable pacing to it. However, I will say that the flashbacks – or, I guess more accurately, the disturbances – during the game that transport you between Stan’s world and The Outsider’s is are really great. They slowly and surely tie everything together. 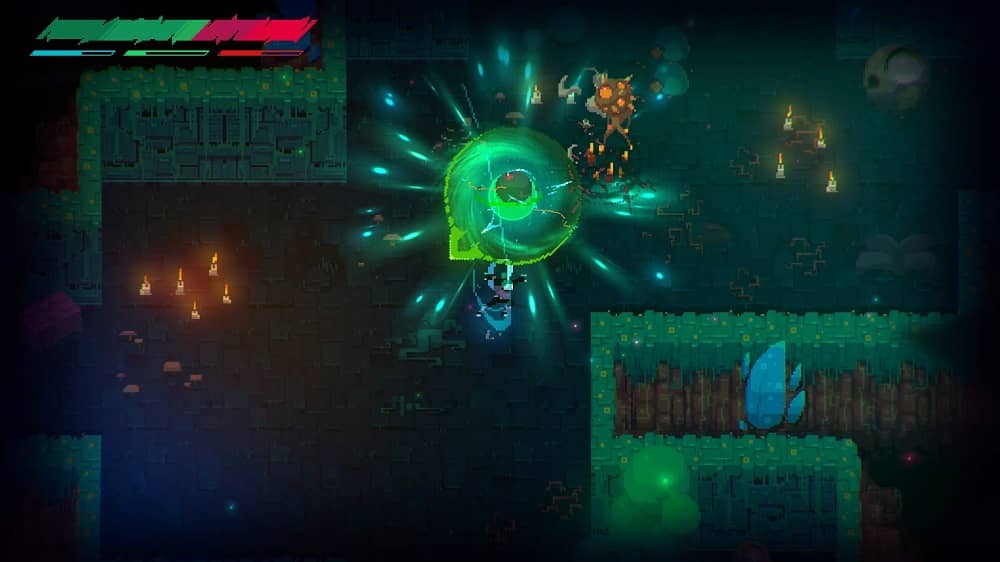 Each world unveils a new enemy to fight and a new boss to defeat. The enemy variety leaves a bit to be desired, but Phantom Trigger does well enough to keep encounters fun and engaging. The worlds all have their own flair without losing the wonderful pixelated beauty and colours that dominate your screen. Character dialogue is well written, if not sometimes delightfully cheesy. The music is excellent. It’s a pumping, electric soundtrack that perfectly embodies the flow of the game and hectic nature of a crumbling world. The world you slice your way through is memorable without being flashy.

Phantom Trigger does not miss the mark with its combat and weapon systems. You’re armed with a whip, an ice sword, and a heavy-hitting set of gauntlets. Your combo maxes at three hits, and you can mix-and-match how you alternate between weapons. Each weapon has its own levelling system, which goes up the more you use it.

As you rank up you’ll gain new combos that unleash special abilities when done correctly, like a freezing blast, fiery explosions, or icy blades that travel across the ground. Your whip, while the weakest of the weapons, is the most versatile. You can move blocks, pull enemies into fire, and juggle them once they’ve been knocked over, which extends your combo ability. I love the way the combat flows in this game. Constantly, the game puts you into dire situations where quick reflexes and understanding of your abilities means the difference between life and death. Challenging yet conquerable, Phantom Trigger will easily keep you entertained and engaged. 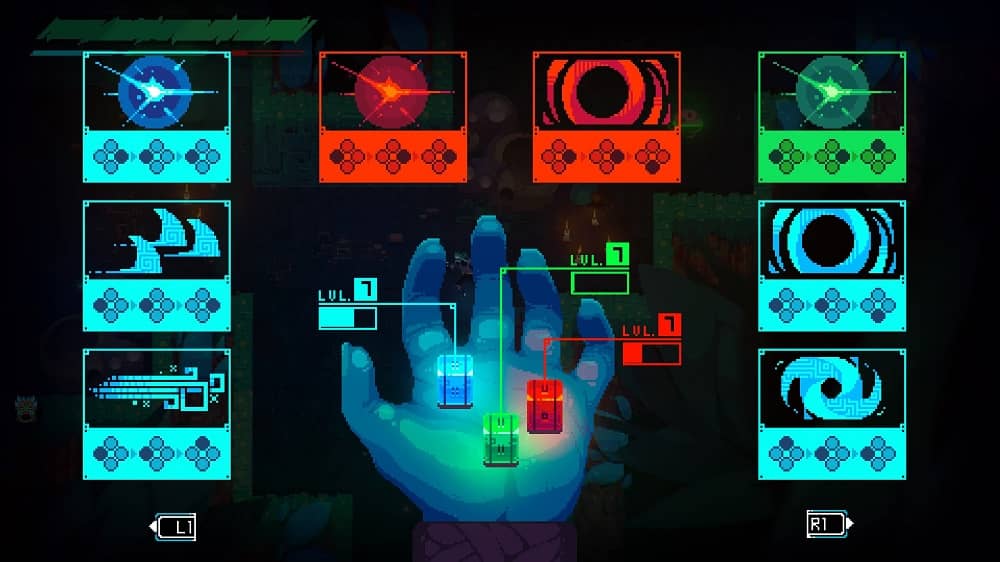 Boss fights in Phantom Trigger are all based on some gimmick or mini-puzzle which you must solve in order to move onto the next stage. They’re all fun and unique. After you finish one of the four different endings of the game, you unlock the Arena. As you probably guessed, it’s a high-score style, survive-if-you-can style mode that throws everything at you. It’s a great offering for players who’ve finished the game and want to perfect their gameplay before going back in for a new ending. When the enemies are charging at you, and your back is against the wall, Phantom Trigger shines through. I absolutely adore every aspect of the combat and combo system at play here.

A Few Tweaks Shy of Extraordinary

I’d argue that for fans of games of this genre, like Hyper Light Drifter, what Phantom Trigger has to offer is something you shouldn’t pass up. It’s one hell of a good time. The few missteps never take away from how deeply enjoyable the combat and game world is. Finding the balance between your weapons and learning how to master your dashing ability is a great challenge that makes you feel like a badass once you do. Becoming The Outsider, talking with the colourful cast, and removing the dark creatures from the world is an all-around satisfying adventure. I highly suggest giving this a look. I have a feeling you won’t regret it. Now excuse me, I must go aid The Creator.

Phantom Trigger is available on PC, PS4, Xbox One and Nintendo Switch. We reviewed the PS4 version. 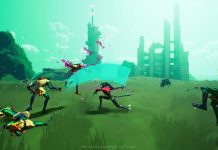