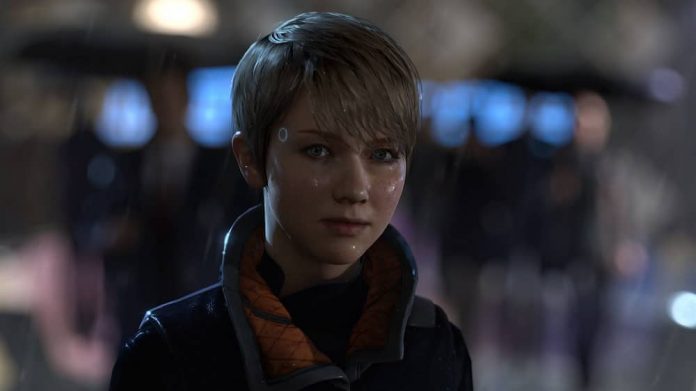 It’s a title which promises to explore the possibilities of artificial intelligence, the nature of sentience and more. We’ve already had a taste of things to come thanks to the game’s recently released “Hostage” demo which sports no less than six possible endings.

But before the reviews start rolling in, we thought we’d take one final pre-release look at the game. Here’s our list of the things we do and don’t want to see from Detroit.

We DO want subtlety.

Designer David Cage’s games aren’t known for their softly-softly approach. Given the heady themes being tackled by Detroit: Become Human, we’re hoping for a little more restraint. The demo had a traumatised parent lambasting you for not being human, mere moments after you’d stepped into a crime scene and you wore a jacket with the words “android” emblazoned across the back. We’re hoping that the final game lets you pick up on subtler cues; trusting you not to miss the point rather than screaming its message into your face. We DO want a tale that keeps you guessing. We DON’T want improbable plot twists that make little sense.

Previous Quantic Dream games featured their fair share of surprises and Detroit promises to deliver more than the odd twist. Heavy Rain was an enjoyable enough game, but it featured a final act twist that made no sense. In a similar manner, Fahrenheit had you battling an evil force that was apparently the internet come to life. It’s a fine line between pulling plot twists out of nowhere and telegraphing them too heavily; but we’re hoping that Detroit:Become Human can negotiate this tightrope.

We DO want tough decisions.

Previous Quantic Dream games have given you at least some degree of choice, and we’ve only borne witness to a few decisions that the game expects you to make. One, choosing whether to reveal your character’s sentience or let a child be beaten by her father, was mocked for being ludicrously black and white. We’d love to see the final game offer choices that are far less clear cut. 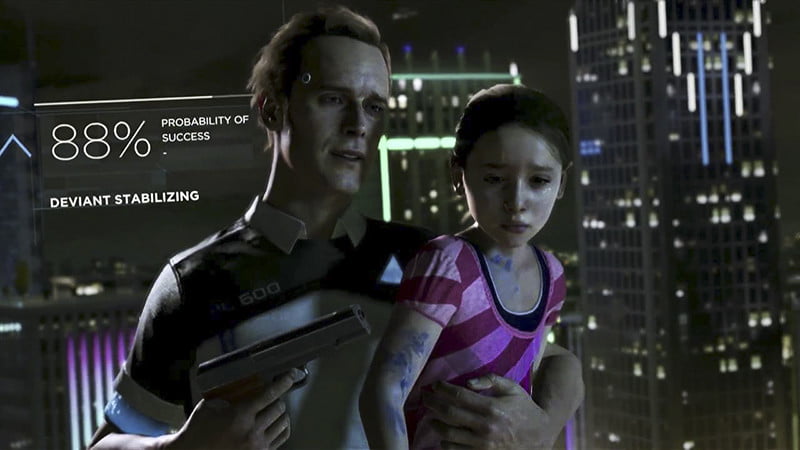 We DO want characters with depth. We DON’T want two-dimensional side-characters.

All of Detroit: Become Human’s three main characters are androids, which sets them apart from your average video game protagonist. One is struggling with her newfound awareness and there’s every indication that another will find himself in the same situation. But traditionally, Quantic Dream’s other characters haven’t been all that interesting. Take Heavy Rain’s Blake, whose sole personality trait was that he was angry all the time. We have our cybernetically-enhanced fingers crossed that Detroit will sport a better standard of side character.

We DO want choices that count.

Making player choice count is a tough ask for any game developer. Telltale’s games offer the illusion of choice but largely they affect how characters treat you and little else. Until Dawn did an excellent job of having your decisions mean something. Heavy Rain let your game continue after the death of a character and we’re hoping that Detroit: Become Human, as teased by the developers, has your choices come back to haunt you.

We DO want action scenes to be using sparingly.

Quantic Dream’s previous titles have featured their fair share of action sequences, most of which have involved negotiating your way through a string of button-pushing quick-time events. And while there’s nothing wrong with the odd action scene, we’re hoping that Detroit’s later scenes won’t be entirely action-oriented. Given the themes Detroit is set to explore, there’s more to be gained from investigation and verbal interplay than punching someone in the face. Detroit’s demo boded well in this respect and we’re hoping the final product won’t disappoint.