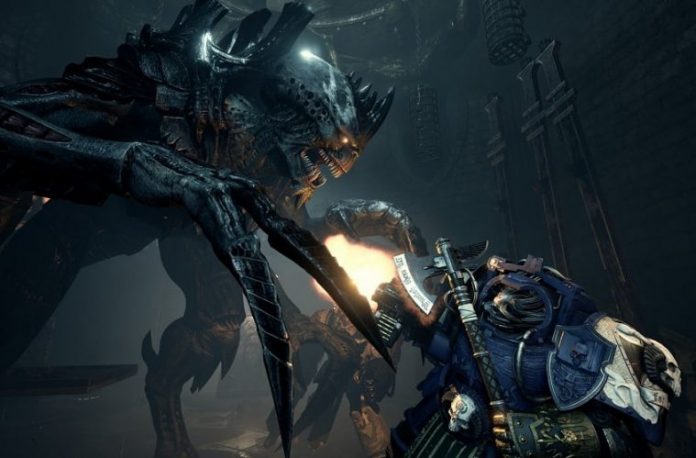 Space Hulk: Deathwing Enhanced Edition is a game I should really like.

While I no longer spend my time painting Warhammer 40K miniatures and engaging in battle, I’m still fond of the idea of it. More importantly, however, I love video games; especially those with a thick atmosphere. If Space Hulk: Deathwing Enhanced Edition has one thing going for it, it’s that it definitely delivers on the thick atmosphere.

Unfortunately though, it’s disappointingly mediocre on just about every other level.

Casting you as a Dark Angels Space Marine clad in Terminator armour, Space Hulk: Deathwing Enhanced Edition has you and up to three others completing missions in a… well, Space Hulk. Composed of ship wrecks, bits of asteroid and other debris, the Space Hulk you find yourself in is vast yet claustrophobic. It’s quite varied from one area to the next, but it’s always dark and foreboding. Oh, and it’s also rife with grotesque Genestealers who want to put an end to your day.

Viewed from a first-person perspective, Space Hulk: Deathwing Enhanced Edition is primarily a shooter. When enemies get too close for comfort you can make use of a range of powerful melee weapons however, and, being a Librarian, you also have access to a range of special Psyker abilities. Essentially, you can do things like shoot lighting from your hands. Of course, as you progress through the game you gain access to a wider range of weapons and abilities, giving you new ways to eliminate your enemies. It also helps to break up the monotony of combat. No matter how big your arsenal grows though, Space Hulk: Deathwing Enhanced Edition inexplicably remains pretty boring to play for the most part. Dull mission design means that you end up traipsing from one checkpoint to another just because you have to, not because you want to. The game never really motivates you to achieve anything. Perhaps it’s because the story is so light, or maybe it’s because everything you do is so slow and uninvolving.

Being clad in a humongous suit of armour, you understandably move at a snail’s pace. It doesn’t make for an exciting experience when you need to cover large distances though. Things perk up when you get into combat, but that too feels tedious soon after it commences. Your huge suit prevents you from taking cover, and the enclosed spaces you find yourself in stop you from taking evasive action. All you can do is stand there, shoot, and hope for the best. Sometimes you can move around a bit if you’re in a more open area, but you’re so slow there’s not much point.

If you’re not playing with friends, then you have a couple of computer-controlled teammates. You can command them to do helpful things like heal you or open doors, but for the most part they just follow you around like lost puppies. In defensive situations though, it’s wise to keep a check on their health and heal them whenever necessary. While they’re not the brightest of sparks, surviving on your own can be quite a task. Suffice to say, Space Hulk: Deathwing Enhanced Edition is generally a much more tactical and rewarding game when played with a team of fellow humans.

Playing on a standard PS4 for review, I found Space Hulk: Deathwing Enhanced Edition to be a mixed bag, visually. At times its dimly lit environments and detailed Terminator models impressed me, but then I’d find an awful texture that would make me grimace. I also found performance to be an issue. Space Hulk: Deathwing Enhanced Edition is unfortunately prone to freezing for a few seconds from time to time. It ruins the flow of the action, and always leaves you asking, “has the game just crashed?”. Luckily it never did, but the frequent hitches continued to annoy. Being the enhanced edition of a game previously only available on PC, the PS4 version of Space Hulk: Deathwing includes an additional Special Missions mode which adds a considerable amount of longevity to the game due to its randomness. It also includes a new Chaplain class, as well as new weapons and enemy types. Basically, if you do get on with the game, which some will, there’s plenty to go at. Others, however, will have relegated it to the bottom of their ‘to play’ list before even finishing the main campaign. 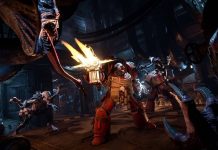 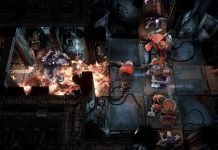 Tips For Playing as the Genestealers in Space Hulk: Tactics

How to Activate First Person Mode in Space Hulk: Tactics