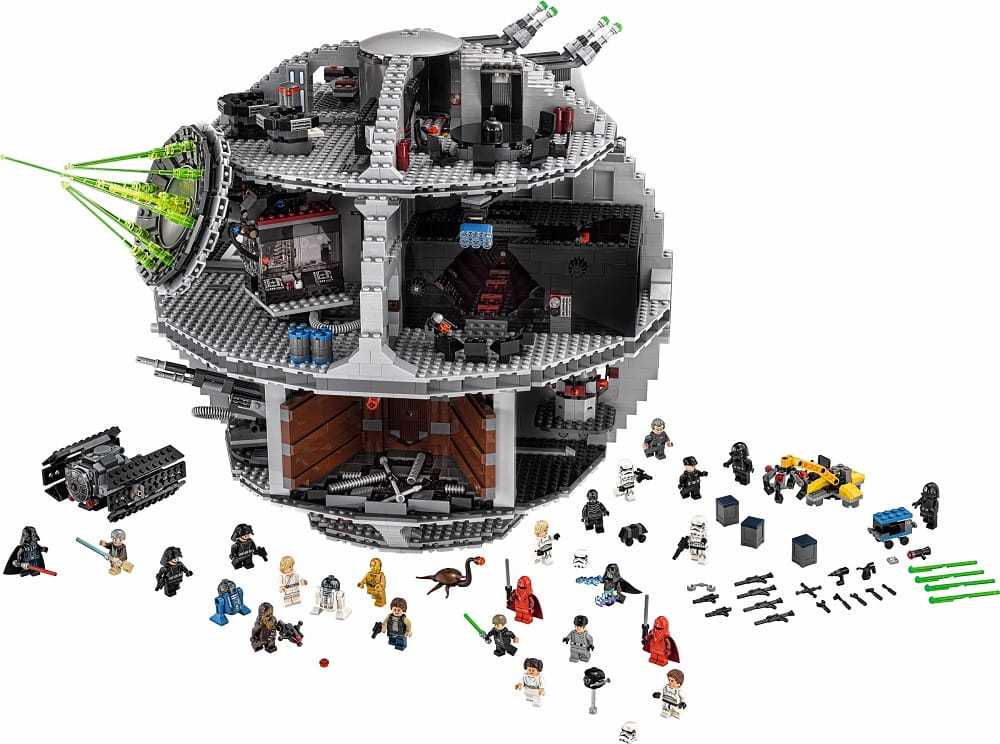 Featuring a whopping 27 minifigures, LEGO’s latest incarnation of the Death Star is the biggest yet.

While it isn’t quite the step forward over the previous model that Star Wars fans expected, it’s still a mighty fine set that you can both play with and admire. Being a current model, the Death Star can be yours if you’re willing to part with a considerable wad of cash, but we think that money is better spent on more impressive looking models.