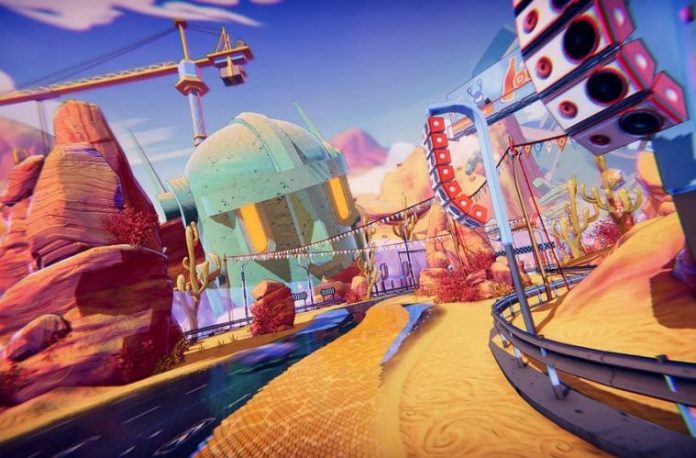 When creating a game, there’s always the need to make it stand out. To make it unique.

There are already a bucket load of racing games available right now, for instance. Kart racers, anti-gravity racers, sim racers; you name it, it has been done to death. So how is a developer such as Supergonk supposed to make its racing game different? Taking inspiration from a colourful team-based shooter is apparently the answer.

You see, Trailblazers is a racing game that’s not only team-based, but also relies on you painting the environment. Splatoon, anyone? You’re not playing for points though; Trailblazers is a racing game all about vying to be ahead of the pack. What painting the track does is make your team go faster when driving over your colour. And of course, your opponents can paint over your paint to ruin your day. 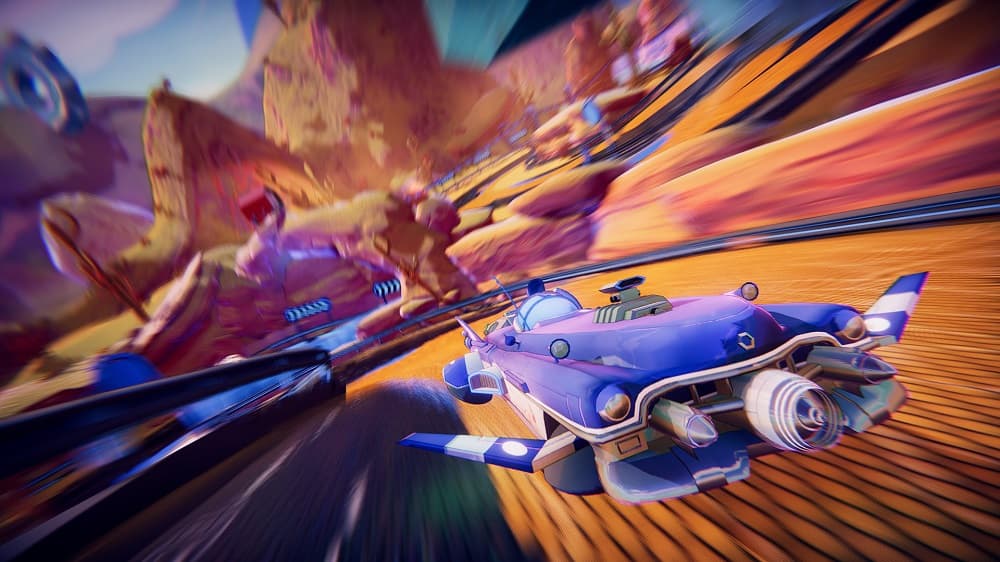 With its colourful graphics and zany humour, Trailblazers puts a smile on your face from the get-go. It’s easy to pick up, but rewards those who put in the time to devise ingenious painting strategies. When in first place, for example, you’ll instinctively paint the racing line initially. When on the next lap you find it all painted over with your opponents’ colours though, you’ll rethink your approach.

Sometimes it’s worth painting bits of track that you don’t think your opponents will care to paint over. Perhaps even taking an optional route that doesn’t seem as inviting. Why? Because the longer you stay driving over your colour, the faster you go. Of course, it won’t always be that way; you’ve got to adapt to the behaviour of your opposition. But that’s what makes it exciting.

You’ve got red on you

When you’re not ahead of the pack, your paint can also be used as a weapon. You can only carry so much of the stuff at once, limiting how much of the track you can paint in one go. Refrain from using any paint for a short while, however, and it will replenish. When your paint meter is full, you can fire it forward, painting the track ahead of you. Should the trail move under one of your opponents, it’ll momentarily interfere with their systems.

In Trailblazers, strategy plays a big part in each race. You have to make all the usual decisions found in a racing game and more. Which part of the track do you paint? Do you fire your full load of paint at an opponent or lay it down on the track? Of course, playing with another human helps you to implement your strategies to a greater degree. Often, playing with a computer-controlled teammate, you’ll just wing it. 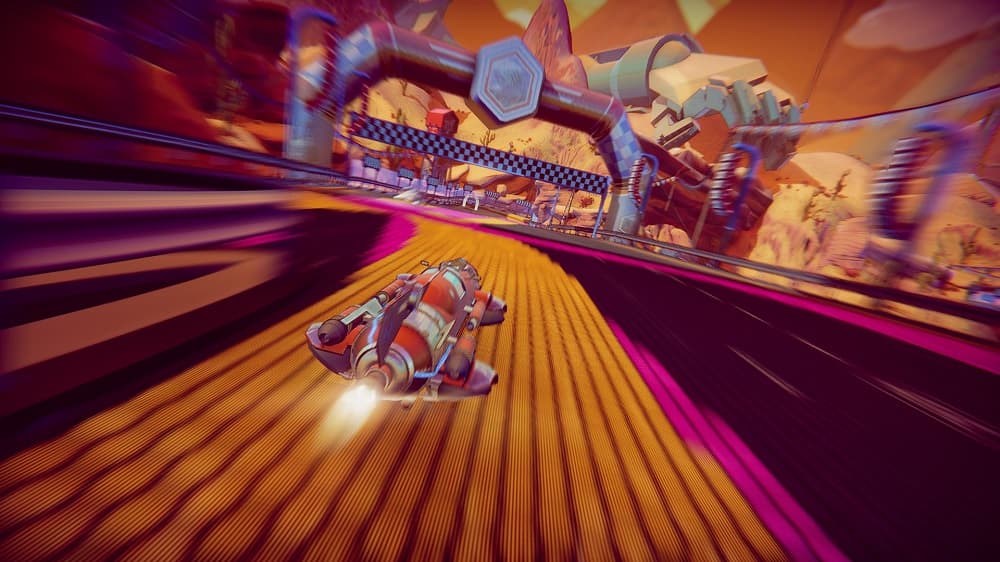 Trailblazers’ considerably lengthy campaign can only be played alone, but it’s worth delving into to try out each character and get to grips with the game’s systems. It’s a game made to be played in co-op though, and outside of the campaign you can do that either online or offline. Split screen is supported for up to four players, and you can even take the action online with your friends on the couch. Emphasising teamwork, races can get heated, and communication really pays dividends. The question is: will enough people pick the game up to keep the community buoyant. I hope so.

Just a week after release, finding online matches in Trailblazers can be troublesome. Even turning on cross-platform play doesn’t seem to help much. Hopefully its playerbase will grow due to word of mouth, as it’s a fun game through and through. In any case, Trailblazers is entertaining when playing against the CPU, but best when played with real people. The A.I. is no match for other competitors’ emergent strategies, and you can’t put a plan into action very well with it either.

Trailblazers is available on PlayStation 4, Xbox One and PC. We reviewed the Xbox One version.