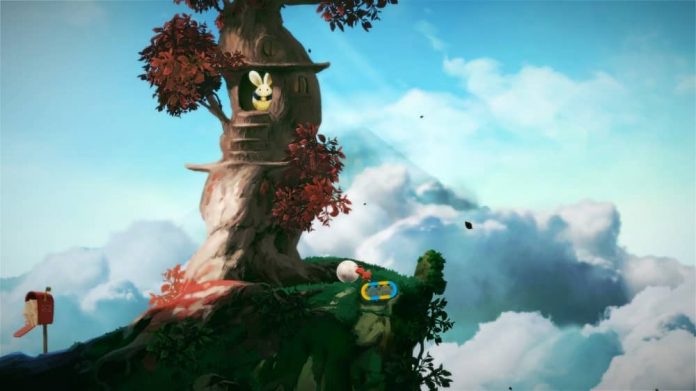 It’s a bizarre concept, I’ll admit. A pinball metroidvania? Before playing it, it was hard to imagine how such a game would work. Could that actually be fun? It turns out that yes, it’s a hell of a lot of fun. Yoku’s Island Express is one of the most delightful games I’ve had the pleasure of playing in a while.

Playing as Yoku, a tiny dung beetle, you find yourself washed up on Mokumana Island. Before you’ve even had a chance to get your bearings, an important role is thrust upon you: the island’s postmaster. It’s now your job to ping and fling around the gorgeous island of Mokumana, delivering letters and packages to its colourful cast of residents. It’s not all plain sailing, of course. This is a metroidvania after all, so you’ll come up against a whole range of problems as you progress through the game. But there’s nothing a bit of pinball can’t solve.

Attached to a ball considerably bigger than themself, Yoku’s main mode of transportation is pinball. The island is teeming with flippers and switches that will send Yoku careening around the screen. There are areas that feel more like a traditional game of pinball, requiring precise aiming with the flippers in order to pick up particular items required to progress. I’m no pinball wizard, so some sections take a bit longer than they should, but there’s nothing overly complex here. Yoku’s Island Express is designed to be accessible to all, and it really shows. 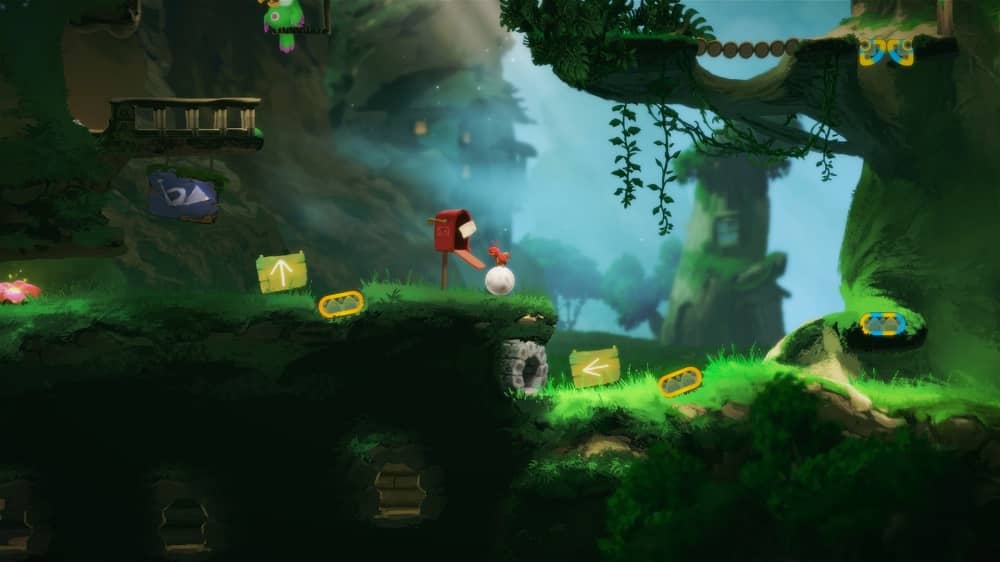 That’s not to say it’s a game that lacks any kind of challenge, either. With no combat to speak of, Yoku’s Island Express’ challenges come from its pinball sections, and traversing the island. Like any good metroidvania, it has a vast and sprawling map comprised of several different regions. Reaching new areas often requires perseverance to explore, as well as a buoyant stash of fruit, the game’s currency. You’ll often come across pinball switches that are locked off until you spend some fruit, which then allow you to access new areas.

As you explore the island, you’ll come across inhabitants who’ll give you new missions and quests to complete. It’s completely up to you how you tackle the game. You’re free to complete tasks in any order you see fit – providing you can actually access the areas you need to, of course – or, like me, you can choose to spend most of your time wandering, seeing what you uncover along the way. Trust me, it’s a worthwhile tactic; Yoku’s Island Express is absolutely gorgeous.

The island is teeming with detail and so many nooks and crannies to explore. Its design reminds me of a cross between Rayman Legends and Ori and the Blind Forest; except with its own unique flavour. The character designs are glorious, each with so much personality. Even their nonsensical jabbering noises as you speak to them, which irritate me in most other games, are utterly charming here. Every distinctive area of the island has its own unique character, and I really couldn’t get enough of exploring all of it. 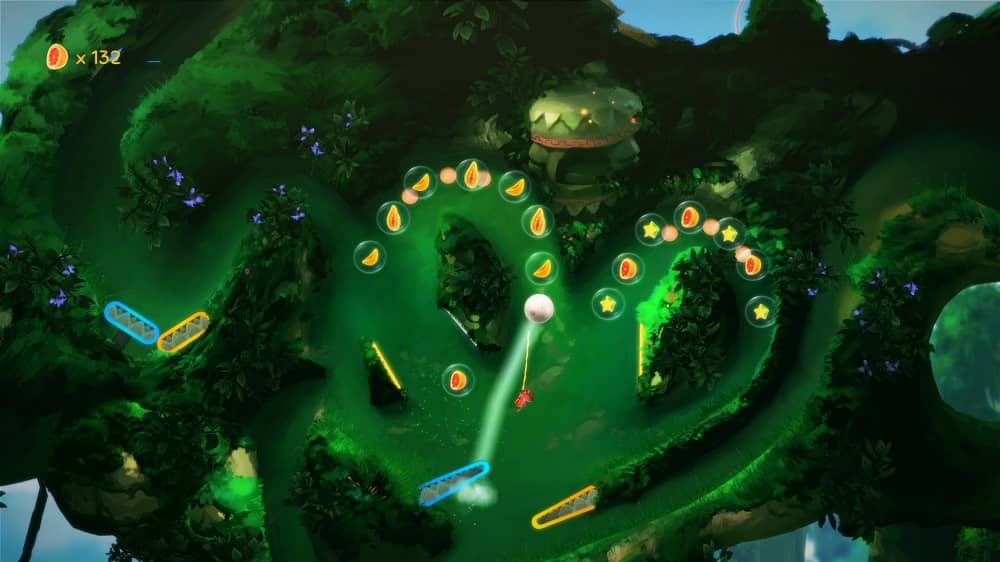 In terms of gameplay, Yoku’s Island Express offers a robust sense of progression. You’ll frequently be rewarded by an upgraded storage bag, allowing you to carry more currency at any one time. You’ll also gather new skills as you go. See something under the water that you can’t swim to yet? Or perhaps something up on a ledge that’s currently out of reach? You’ll be rewarded with the abilities you need in due course. It’s a great incentive to continually revisit old areas of the game. Even if you’ve been before, there’ll undoubtedly be something you missed, or something you couldn’t access the first time round.

It’s rare a game is as endlessly joyous as Yoku’s Island Express. It’s a game without stressors; without any grinding annoyances that get in the way of your enjoyment. Devoid of any real combat, it’s a laid-back experience that lets you approach it at your own pace. Once I picked it up I found it very hard to put down, and for good reason. Yoku’s Island Express oozes charm and love from every pixel; it’s plain to see how much care Villa Gorilla, the game’s developer, has put into this. It’s a very simple idea, yet a very clever one. Two very distinct gameplay styles have come together perfectly to create something that anyone can enjoy. I challenge you to play Yoku’s Island Express without a smile on your face. Go on. I bet you can’t.

Yoku’s Island Express is available on PC, PS4, Xbox One and Switch. We reviewed the Xbox One version. 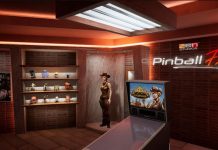