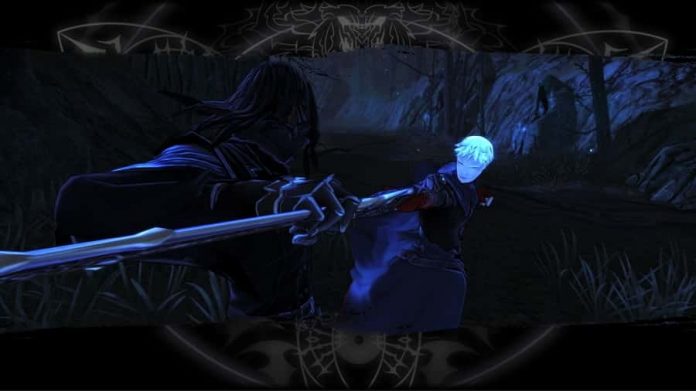 If you become immortal, whether it be because of vampirism, a deal with some shadowy entity or whatever, the first thing you should do is buy a kitten sanctuary.

Because, let’s face it, immortals are a miserable, whiny lot. You’ve got the vampire Lestat moping around like someone’s pissed in his pancake make-up, Highlander’s Connor Macleod scarfing down deep-fried angst and don’t even get me started on Edward Cullen. They’d all be a great deal happier with an armful of kittens.

The Nameless One, star of Anima Gate of Memories: The Nameless Chronicles, thankfully isn’t anywhere nearly as miserable as his fellow immortals. He’s certainly a little grimdark around the gills; though you can’t blame him given that he’s sworn to protect the world against all manner of supernatural threats. Having to intervene just because someone’s decided, for the seventeenth time, to try and resurrect the Dark Lord of Xyzzpsk would put a crimp in anyone’s day.

This is where you come in. As The Nameless One, you’re tasked with preventing just such a resurrection by slaughtering your way through several semi-open worlds. Much of The Nameless Chronicles’ mythos will elude you if you’ve not tackled the previous entry in the series or experienced the RPG it’s based on. All you really need to know is that if it moves, you’ll be murdering it or getting murdered by it. Hack and slash it is then, no real surprise there. What is surprising, though, is how creative The Nameless Chronicles is with its level and enemy design. It’s a gloomier outing than its predecessor, yet you’re not traipsing through endless gothic halls, slaughtering brown monster after brown monster. 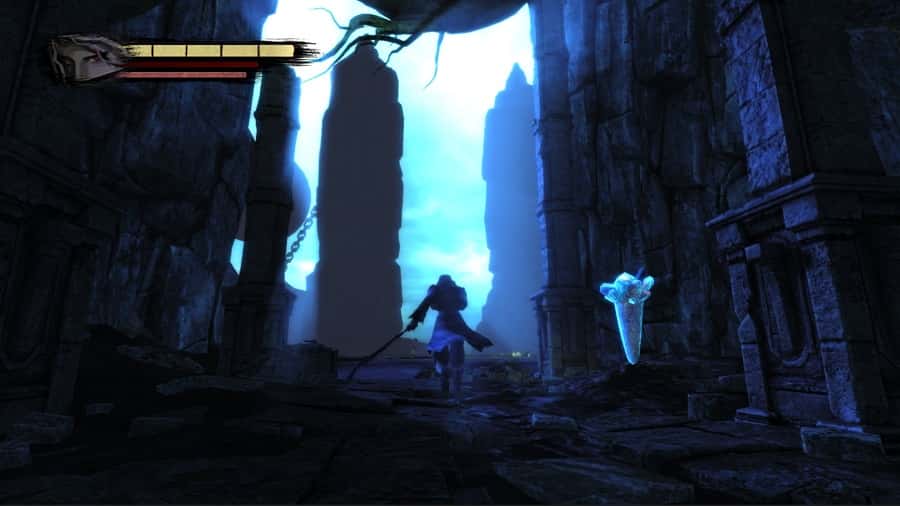 Your journey takes you through such diverse locations as a burning cathedral, a yawning abyss, a puppet-filled mansion and more. The foes it throws at you are otherworldly without being horrific and, much in the manner of the Silent Hill games, it makes for a more unsettling experience. Hack-em-up Devil May Cry may have pitched you against tattered, blade wielding puppets, but here you’re facing off against wooden mannequins whose blank faces and slow movement make them all the more threatening. However, things rather fall apart when you start dishing out some damage.

The Nameless Chronicles offers you a reasonable number of fighting moves, as well as a small skill tree which lets you upgrade your abilities. The problem is that, unless you’re showing off for an audience, there’s no reason to use any offensive move other than your ranged attack. Things get even easier when you purchase the unlimited dodge upgrade. Repeatedly hitting the ranged attack button, dodging sometimes, is enough to dispatch nearly all foes. It’s even effective against bosses, and sometimes you don’t even need to dodge. Given how heavily combat figures into The Nameless Chronicles, it’s a rather fundamental flaw.

Real love has been lavished on Anima Gate of Memories: The Nameless Chronicles‘ soundtrack, which makes use of nearly every instrument and musical style that you can think of (I’m sure I heard spoons being played at one point). The game clearly wants to be taken seriously and there are moments when you’ll be enthralled by the tales the game seeks to weave. Take the Puppet Mansion which has you collecting fragments of a puppeteer’s memories; as you collect them, you learn of his quest to be at the height of his profession. It’s a great little story which could easily support a game in its own right and it works because it’s told entirely through text. 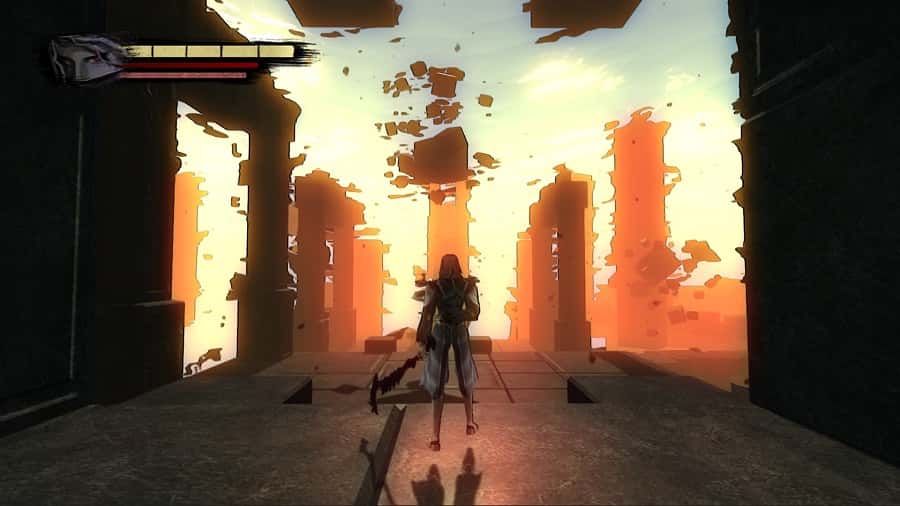 However, the next minute you’re yanked right out of the game because your character has opened his mouth and sounds like he’s reading out his shopping list. For someone who is apparently committed to protecting the world, The Nameless One sounds rather bored. True, that could be written off as a consequence of his immortality (even though he can actually die in this game) but your evil nemesis and the game’s other characters are just as disinterested.

Anima Gate of Memories: The Nameless Chronicles is very middling game and ends up being its own worst enemy. It has a story to tell but it’s undermined by excessive, unconvincing dialogue. It has a competent, if unexciting, combat system but it’s a system which can be bypassed entirely through the use of ranged weapons. There’ll be moments when you’re gazing in awe at a strange new area, but other times you’ll be wrestling with the game’s overly flightly camera.

There is some joy to be gleaned from the game and if you’re avid follower of the Anima series you’ll enjoy picking through the game’s lore. Dip into it by all means but, stylish as it is, Anima Gate of Memories: The Nameless Chronicles does relatively little else to distinguish itself.

Anima Gate of Memories: The Nameless Chronicles is available on PC, PS4, Xbox One and Nintendo Switch. We reviewed the Xbox One version.