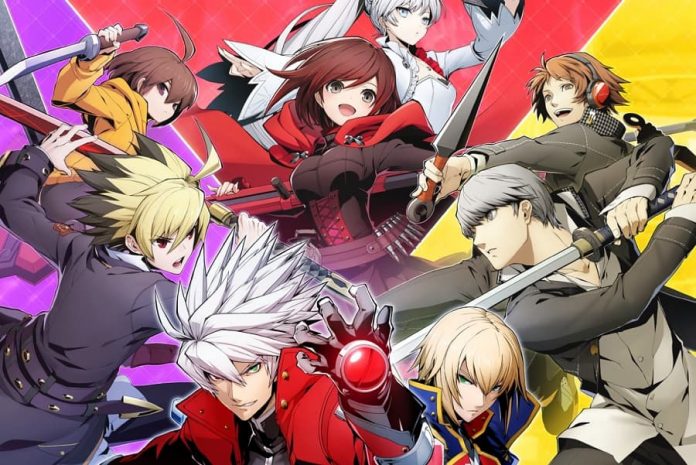 Whether you’re a fighting game novice or a seasoned pro, BlazBlue: Cross Tag Battle is a hell of a lot of fun to play. The problem is though, that in quite a busy genre, it just doesn’t feel special in any particular way.

In BlazBlue: Cross Tag Battle, the worlds of BlazBlue, Persona, Under Night In-Birth and RWBY collide. While there are eight playable BlazBlue characters available from the outset, however, there are only four from each of the other franchises. That equates to a lineup of 20 characters, which to be honest feels a bit light for a crossover fighting game. Of course, more characters are on their way in the form of DLC, but you’ll have to pay for them. If the basic version of BlazBlue: Cross Tag Battle had a price tag slightly lower than a normal release, I’d perhaps be able to understand the logic behind it. Priced at £39.99/$49.99 on PS4, however, it feels like Arc System Works is taking advantage of its fans.

Anyway, moving away from BlazBlue: Cross Tag Battle‘s lacklustre character roster, what really matters is that its fighting is fast-paced and surprisingly deep. It’s true that auto combos and a three-button attack system allows anyone to pick up the game and perform some flashy moves without even looking at a moves list, but those who spend some time learning the game’s more advanced mechanics will discover a much more rewarding experience. There are reversals, cross combos and special attacks to master. And that’s in addition to multiple activatable states to momentarily give you the upper hand. Every BlazBlue: Cross Tag Battle fight is kinetic and unpredictable, making it exciting and enjoyable to play.

Being a two-on-two fighter, BlazBlue: Cross Tag Battle has an added layer of strategy to it, too. You can tag your partner in any time, with the character taking a backseat regenerating a portion of their health. They can also be called in to assist in a trio of ways, and join in during what are essentially super combo finishers providing you have enough charge of your super gauge. Finding two characters that complement each other well and suit your play style pays dividends, though it’s always fun to experiment. 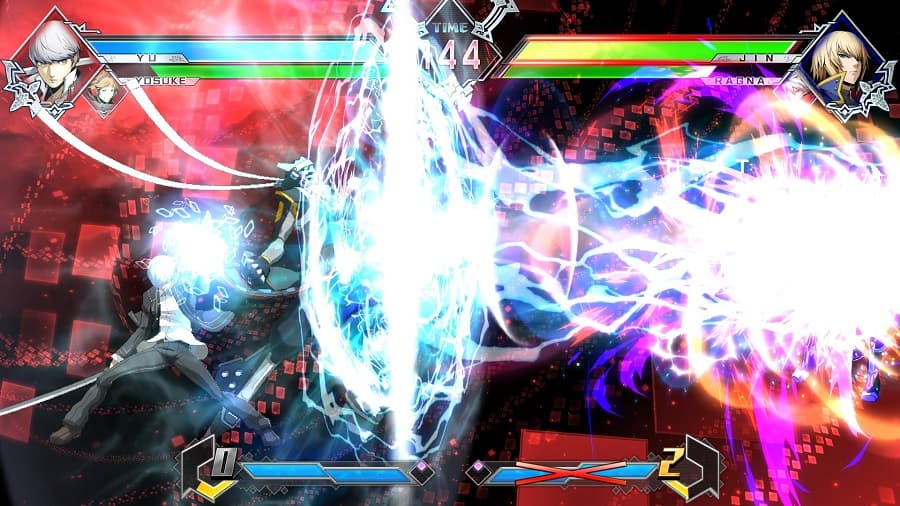 Where art thou, arcade mode?

In terms of modes, BlazBlue: Cross Tag Battle has plenty. Though there is one mode that is strangely absent: arcade. You can join online lobbies to play both casual and ranked matches, create rooms to play online with friends, see how many teams you can successively beat in survival, and work through four story episodes, but there’s no arcade mode. It seems like a strange omission, especially seen as there are a few arcade cabinets that appear to have no use in the game’s hub. There are, however, the other usual staples such as versus, training, and challenge modes.

Speaking of the game’s hub, it’s very dull and boring. It’s just a big empty space with a handful of options available, mainly on its perimeter. Thankfully you can access all of BlazBlue: Cross Tag Battle’s modes and features from a menu which you can bring up with one button press. Can’t we go back to the days of games having nicely presented menus rather than explorable hubs please? They’re not fun, and they rarely add anything worthwhile to the experience. 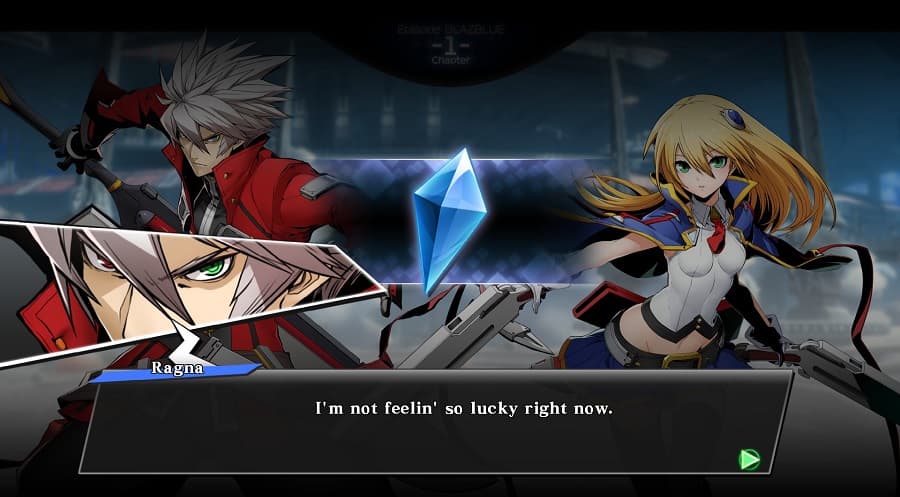 When it comes to playing online, BlazBlue: Cross Tag Battle‘s netcode seems perfectly serviceable. All the fights I had were free from lag, and I didn’t run into any network issues. There are plenty of matchmaking options, allowing you to get into matches that are appropriate for your skill level. Though how long this will last depends on how buoyant the community remains.

Overall, BlazBlue: Cross Tag Battle is a mixed package. While its character roster feels anaemic, its gameplay entertains in all the right ways. The hub in which you find yourself every time you play the game is a bore, but otherwise the game’s audio and visuals are colourful and lively. And while there’s no simple arcade mode, something we’ve come to expect as standard, it does feature enough modes and options to keep you fighting for a long time to come. Ultimately then, BlazBlue: Cross Tag Battle is by no means essential, but if you don’t mind its price tag you’ll have plenty of fun with it.

BlazBlue: Cross Tag Battle is available on PS4, Switch and PC. We reviewed the PS4 version.