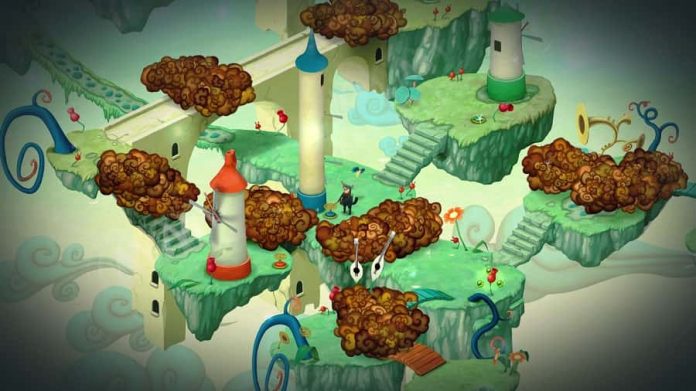 It’s hard to dislike anything about Figment.

From Bedtime Digital Games, the studio who brought us the enchanting Escher-inspired Back to Bed, Figment is a puzzle-platformer with similar dreamlike themes to the former, but with a great deal more depth and character. Taking place in the unconscious mind, you take on the role of Dusty. It used to be his job to take care of things in the mind, but lately he’s given up, preferring to drink cocktails and reminisce with his memory scrapbook instead.

But a tragic event occurs, and with nobody else available to help, Dusty needs dusting off and pulling out of retirement with the help of his bird companion, Piper. Here ensues a gorgeous journey across a surreal landscape that you’ll struggle to put down.

Puzzles of the mind

Moving through Figment’s individual levels, a key facet to gameplay is puzzle solving. None are particularly taxing, but as you progress, they gradually get more complex. Switch puzzles feature heavily; having to find batteries to power certain mechanisms in order to progress. There are also block puzzles – moving blocks around in order to activate buttons or reach new areas – and memory puzzles that task you with remembering and repeating a sequence.

There’s also a fair bit of combat in the game. For me, combat was definitely the weakest aspect of the gameplay. With just a simple sword attack and a dodge roll, Figment’s combat is a little too basic. And in areas of the game that throw several enemies at you at once, it can be difficult to successfully avoid attacks. There’s nothing too hairy, but it can get a little tedious. The boss battles are slightly more enjoyable. The bosses are old school in their design, with attack patterns to learn and small windows of vulnerability. Some of them also require you to utilise tools in the environment to inflict damage, which adds an extra layer of strategy.

All in all, Figment’s gameplay is solid, but it’s not particularly revolutionary in any way. Against an ordinary backdrop, it probably wouldn’t stand out from the crowd. But Figment’s backdrop is far from ordinary. Beautiful level design, ingenious writing and a unique yet minimal approach to storytelling make this a game like little else on the market. 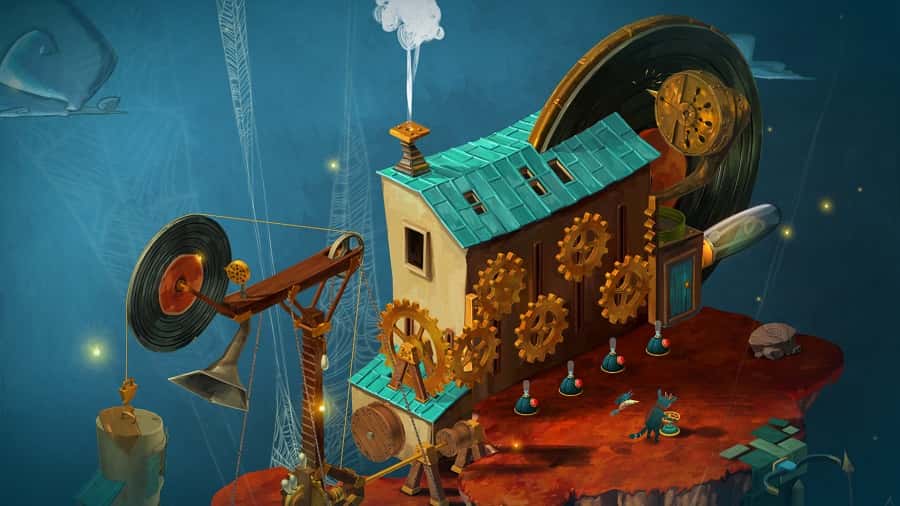 Figment’s setting of the unconscious mind is an interesting one. Essentially, all of the game takes place inside someone’s head. It’s packed with metaphors for moods and feelings, all very carefully and cleverly handled. We know from the outset that Something Bad has happened, and so it’s easy to figure out that the enemies represent sadness, or depression. Defeating them is a powerful metaphor for overcoming struggles in life and moving forward. Normally I’m not one for overt symbolism in video games, but in Figment it’s so intrinsic and important that you can’t avoid getting swept up in it.

Tying closely into Figment’s narrative is its beautiful visuals. The art direction from Bedtime Digital is second to none. Its attention to detail and ability to create strange, dreamlike worlds was proven in Back to Bed, but Figment is on another level completely.

Every single screen of Figment looks like a gorgeous piece of art. Described as “dreampunk” on the game’s own website, the game’s style is a fusion of surrealism and expressionism that together creates an original and weirdly believable depiction of what it might look like inside our own heads. Spoilers: it’s a mess in there. It starts off bright and colourful; plenty of greenery and blooming flowers, with buildings shaped like apples and teapots. It looks like something out of a Richard Scarry children’s book. As you delve further through the unconscious mind, things get more twisted: it gets darker, stormier. There are cog mechanisms everywhere, representing the workings of the mind. Different areas of the game represent different functions of the brain, and they’re all brilliantly illustrated. Regardless of gameplay, Figment gets its hooks in you with its art design alone. 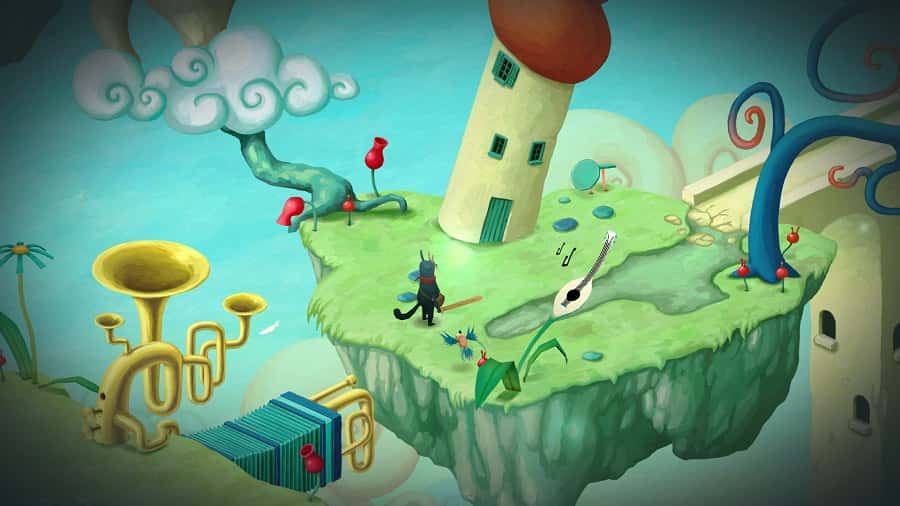 I’ve not yet touched on Figment’s soundtrack and audio design, but aside from the visuals, this is perhaps the most important aspect of the game. Music plays a huge part, with some of the puzzles being music-themed. One character talks in rhyme, and the game’s main antagonist likes to break out into song on a regular basis. It’s so random, but so brilliant, and brings the game to life. Not to mention that the songs themselves are pretty catchy, and you’ll want to sing along.

Even outside of the sing-song parts though, Figment’s soundtrack shines. Background music is carefully curated to fit the changing tone and pace of the game, always perfectly setting the scene. The voice acting and writing, too, is well crafted. Dusty, with his often-pessimistic outlook, and Piper with her cheery attitude may be polar opposites, but they’re both charming and easily lovable thanks to well-delivered funny quips and one-liners.

Figment isn’t very long – it took me perhaps three or four hours to reach the end – but for every moment, it kept me fixated and enchanted. Even the brief moments where I was frustrated by combat or a particularly troublesome puzzle, the game’s charm always won out. If you appreciate great art and design, and enjoy solving puzzles, don’t even hesitate to pick up Figment. You won’t regret it.

Figment is available on PC and Switch. It’s releasing on PS4 and Xbox One later. We reviewed the Switch version.