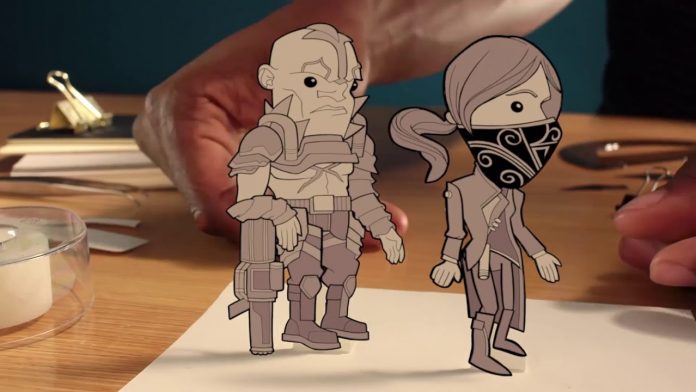 What a show! Bethesda once again surprised showing off things both old and new. Miss any of it? We’ve got you covered.

First up to bat was Rage 2, the sequel to iD’s post-apocalyptic game from 2010. Along with a live performance from Andrew W.K., they also showed an extended gameplay trailer with vehicle combat, first-person action, and lots of crazy antics. As a bonus, they also revealed a charming Collector’s Edition of the game which you pre-order here.

Next, we saw a bit of The Elder Scrolls Legends. The trading card game is relaunching with a whole new look, and will be making its way onto Nintendo Switch later this year. Check out the new trailer below.

Bethesda’s mmorpg Elder Scrolls Online was next up on stage. Besides some slight boasting on how far the game has come since launch, they announced the next DLC packs for the game. Wolfhunter and Murkmire will both be launching later this year. They also showed a new trailer for Sommerset, the latest DLC expansion for the game which you can find below.


In an exciting surprise, Bethesda showed off Doom Eternal, the sequel to 2016’s reboot of the franchise. In the reveal trailer, it seems as though hell has come home, with demons wrecking havoc on Earth. Check out the badass trailer below.


We then got a chance to see some more of Quake Champions, which released last year into Early Access. They talked about their esports plans for the game with major tournaments at Quakecon and Dreamhack on the way, as well as a new trial period of the game that’s available for this week only. However, if you get in during the trial period, you’ll be able to continue playing for free as the game continues into Early Access.

Oh, there’s also a fun new trailer with some character showcases. Check it out below.

Prey, which released last year, is getting a new expansion called Mooncrash, which was called “endlessly re-playable” by the developers. There’s also a free new update coming too. Check out the trailer for the DLC below.


Wolfenstein II is getting a new expansion called Youngblood where you play as B.J.’s twin daughters in Wolfenstein’s version of 1980’s Paris. You can play the new expansion either single player, or co-operative with a friend. Check out the awesome new trailer below.

After a short little skit with Keegan Michael Key that poked fun at Skyrim‘s perpetual re-releases, Todd Howard took to the stage to talk more about Fallout 76 – a prequel to the rest of the series.

Fallout 76 is *surprise* the first multiplayer Fallout game! Not quite an MMO, not quite a shared-world shooter, you’ll be able to run into different players as you explore the open terrain of West Virginia. As Todd Howard explained, every character you run into will be real, though you can play the game completely on your own. With some light survival elements thrown in, you’ll also be able to carry your progress forward no matter where you go in the game.

They also showed a series of Vault-Tec informational videos that helped explain the game a bit more like the game’s C.A.P.S. crafting system, which you’ll be able to use to build yourself your own home, as well as the ability to launch nuclear missiles onto your enemies.

With dedicated servers, a public beta, and a Collector’s Edition all announced, the game was also given a release date of November 14th, 2018.

With three modes: The Abyss, a dungeon crawling portion, The Arena, where you can fight others, and The Town, a hub-world where you’ll interact with story-driven content, there seems to be plenty to do. You can also level-up and expand your town, or visit towns others have made.

Blades will be available this Fall for free. In the future, Blades is also planned to release on different platforms, including VR.

We’re not done yet! Todd Howard also announced a brand new IP from Bethesda, Starfield, a sci-fi themed game. Not much else was said about it. 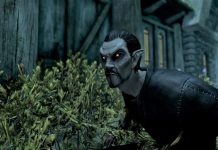