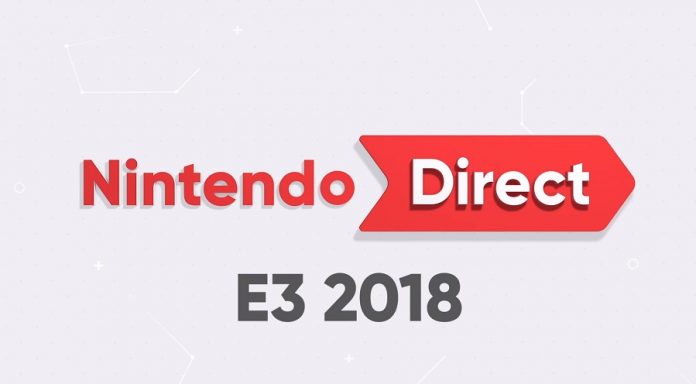 Nintendo climbed out of their treehouse long enough to give us a special E3 edition of their regular Direct feature. It was packed with announcement after announcement!

Couldn’t tune in, or struggled to keep up? No worries – we’ve got a run-down of everything you missed right here.

Nintendo kicked things off with a trailer for a brand new mech action game, Daemon X Machina. It’s coming in 2019. If the trailer’s badass soundtrack is anything to go by, this one will be pretty fun.

Xenoblade Chronicles 2 is getting a new expansion in September 2018. It’s called Torna: The Golden Country. Here’s a trailer.

We got a look at the funky new Pokeball + peripheral. You’ll get Mew with every Pokeball, and it’s the only way to get it.

Super Mario Party announced. You can play with multiple Switches, if you’ve got friends with their own consoles. Four player Mario-themed fun. It’s out on October 5th 2018.

Fortnite is now on Switch. Like now. You can grab it for free on the eShop today.

The lovely indie hit Hollow Knight, including all DLC, is available today on the eShop. Read our review of the PC version right here.

Octopath Traveller is coming July 13th – but we already knew that from Square’s presentation. There’ll be a new demo available on June 14th.

Next up was a montage of a bunch of incoming Switch games. Starlink, Arena of Valor, Minecraft, Sushi Striker, Pixark, DragonBall FighterZ, Crash Bandicoot, Carcassonne, Wasteland 2, Wolfenstein 2, and Megaman 11 were shown. There were loads more too!

You won’t have instant access to all the characters though; you need to unlock many by actually playing. Fans will be happy to hear that some characters have been tweaked, both cosmetic and otherwise. Link’s bombs are now remotely detonated, for instance. It was also unveiled that Daisy has been added as Peach’s echo character, there are more than 50 assist trophies, all stages have battlefield and omega forms, and you do more damage in one-on-one battles. You purists will be glad to know that Gamecube controllers will be compatible with the game.

Oh, and just in case that wasn’t enough characters for you, Ridley is also on the roster. Coming December 7th 2018.