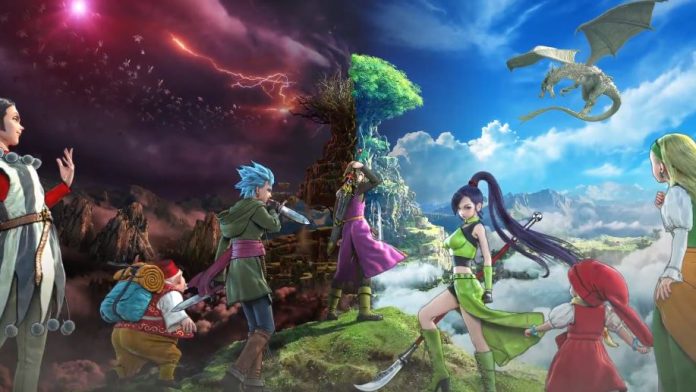 Another day, another round of E3 press conferences!

First off the bat today was Square Enix. A thirty-minute sizzle reel of trailers – some of which we’d already seen from conferences over the weekend – it was pretty disappointing. No Final Fantasy 7! No Life is Strange 2! No Sleeping Dogs 2! (Okay, we never really expected that one, but we can live in hope, right?)

Anyway, if you didn’t manage to catch Square Enix’s little showcase, worry not. We’ve got all the announcements for you right here.

Square Enix’s show kicked off with Shadow of the Tomb Raider. New gameplay was shown, and we learned that Lara is racing to stop a Mayan apocalypse. Outnumbered and outgunned by Trinity, she needs to use the jungle to survive. It basically looks like the Tomb Raider we know, but Lara’s got some new tricks. There’s more depth to the combat and traversal techniques have been expanded. And, of course, there are more tombs. They’re supposedly deadlier than ever, too.

Up next was Stormblood: Final Fantasy XIV. Patch 4.3, called Under the Moonlight is incoming. More interestingly though, the game is getting a crossover with Monster Hunter World this summer. More rathaloses in games can only be a good thing – right?

We got another look at The Awesome Adventures of Captain Spirit. It’s the first steps into the world of Life is Strange 2. It’s not the sequel, but it will introduce some of the characters we may meet again.

Dragon Quest XI: Echoes of an Elusive Age was shown off. It’s coming to PS4 and Steam and looks a lot like a Dragon Quest Heroes game.

Babylon’s Fall was announced, a new game developed by Platinum Games. It’s coming to PS4 and Steam in 2019.

As we already knew, Nier Automata is coming to Xbox One. Become as Gods Edition will be released on 26th June.

Octopath Traveller was shown and dated. It’s coming to Switch on July 13th.

We got a good look at Just Cause 4. It’s the return of Rico Rodriguez, and we’ve been promised that “never before has a Just Cause game offered more variety”. It “takes destruction to the next level”. There are a wealth of extreme weather conditions – blizzards, tornadoes, sandstorms etc. Okay, they do look pretty awesome. There’s new vehicle handling, too, and your grapple is customisable and more intuitive. Combat is supposedly better than ever, with more varied and intelligent enemies. It’s powered by the new Apex Engine, and will be out December 2018.

The Quiet Man was announced. Looks like a combat focused action game from the trailer shown. More info to come in August. It’s set for release on PS4 and Steam.

The show ended with a trailer for Kingdom Hearts 3; the very same one shown at the Xbox E3 2018 conference. It’s coming to Xbox One and PS4 on 29th January in case you didn’t know.