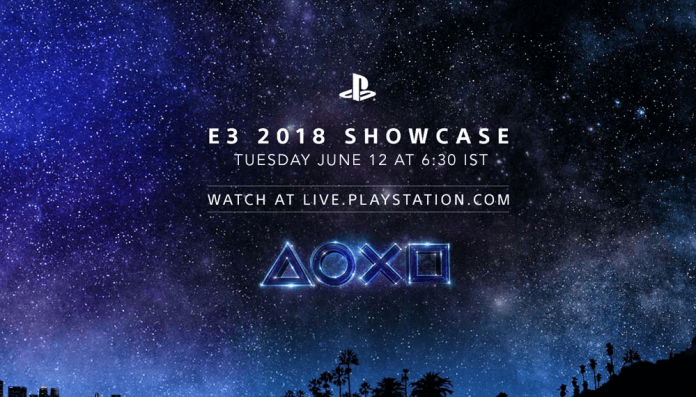 Here we are, the Sony E3 Press Conference. Like the last turn of a track, Sony’s E3 showings come later than most but are always sure to excite and surprise. This year was no different, packed to the brim with awesome trailers and surprises.

The Last of Us Part II

First up, we saw a lovely banjo performer play a song from The Last of Us Part II, which leaded right into a brand new gameplay trailer of the game. Opening on Ellie and her girlfriend, it felt softer and more reserved than what Naughty Dog has shown of the game in the past. That is, until they cut right back to the action, giving us our first glimpse of combat from the game.

Bouncing between action and stealth, we saw Ellie wield everything from a bow and arrow to a hammer and a knife, all while dodging gunfire. As can be expected from Naughty Dog, the game looks gorgeous. What really surprised me was seeing enemy characters talking as if you had left and how realistically they reacted. Safe to say, The Last of Us Part II has plenty people pretty excited, myself included. Check out the insane gameplay trailer down below.

God of War: New Game Plus

As Shawn Layden sat down to talk in between games, we got news that God of War is getting a New Game Plus mode.

Call of Duty Black Ops III – Back in Black Maps

Oh, and if you’re a PS+ member, Black Ops III is available to download for free right now.

Things got going once again with Sony showing off a story trailer for the next expansion for Destiny 2, Forsaken, which featured the return of Uldren Sov. Check it out down below.


Like The Last of Us Part II, Ghosts of Tsushima started off with a musical performance that lead straight into our first look at gameplay.

Beginning with showing off a few traversal elements, like a horse that seems to accompany you for parts of the game, we’re eventually treated to the game’s action combat system. Without a HUD, it’s hard to tell exactly how it all worked, but damn did it look good. They also showed some stealth elements, showing the different ways you can approach an area.

By God, is this game gorgeous, too. Take a look for yourself in the trailer below.


Next, in a very unexpected surprise we were shown Control, a new third-person action game from Remedy. Trippy, to say the least, but colour me excited for a new Remedy game. It’s coming to PS4, Xbox One and PC sometime in 2019. Take a look below.

Right after the reveal of Control, Sony showed off yet another surprise: the remake of Resident Evil 2 with a spectacular new announcement trailer. The trailer showed some in-game cutscenes, as well as some impressive recreated environments from the original game, all in Capcom’s RE Engine. In a third-person over-the-shoulder camera style like Resident Evil 4, it looks pretty impressive. If that wasn’t enough, we also got a release date of January 25th, 2019. It’s coming to PS4, Xbox One and PC. Mark your calendars, and check out the trailer below.


To follow up on Resident Evil 2, we saw Squanch Games’ latest game, the comedy platformer Trover Saves the Universe. From the mind of Justin Roiland, the guy behind Rick and Morty, you’ll know what to expect here. There’s also PS VR support!

A new trailer for Kingdom Hearts III was next, showing off the new Pirates of the Caribbean world of the game. With full-fledged ship-to-ship combat, as well as some impressive movie-quality visuals, we also saw a bit more of the game’s story along with even more footage from the previously shown off worlds. Check it out below.


Finally, the show stopper. Without any gap in between, Sony went straight into a new trailer for Death Stranding, for the first time showing small portions of gameplay with Norman Reedus’ character walking over different types of terrains.

In typical Kojima fashion the trailer was grand, cinematic, and hard to decipher on a first-time viewing exactly what’s going on. That said, it seemed much more straightforward than previous trailers, looking more like a straight adventure game than anything else, at least at first. Of course, we got a few more surprises, as the trailer revealed actresses Léa Seydoux and Lindsay Wagner will be joining the already star-studded cast.

We also got to see the baby from previous trailers again, along with that strange clacking device that detected those strange invisible monsters, and how those would work in the game.

If we weren’t satiated enough, Sony then revealed the announcement trailer for Nioh 2. We don’t know much about the game as of now, but with reception the previous game received, I’m excited as can be.


To close everything out, Sony revealed a bit more of Spider-Man. Showing off a prison-break sequence with the classic Spiderman villains like Electro, Rhino, Scorpion, Vulture, Mister Negative, and a mysterious sixth character.

After chasing Electro through the prison and back into NYC, we see Spidey fight all sorts of bad guys using his Spidey Sense to dodge everything from punches and falling debris. Almost every minute of it filled to the brim with comic book-fuelled spectacle. Looks like a blast a minute! Take a look at all the mayhem for yourself below.