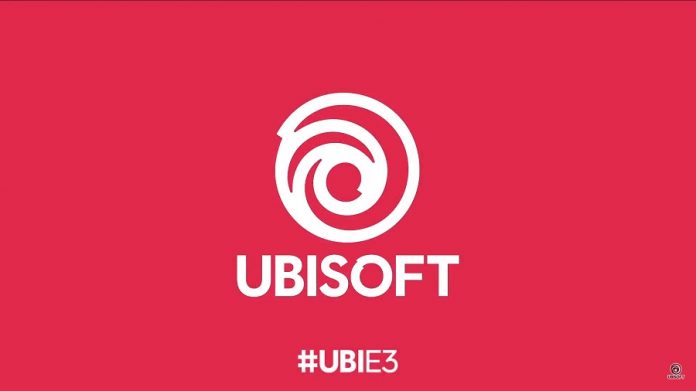 Ubisoft had plenty to show. They paraded some games we already knew about, but also unveiled some brand new titles too. Take a look below to catch up with what you missed.

Ubisoft kicked things off with Just Dance 2019. The show opened with an elaborate and colourful dancing routine, as usual. It starred a panda! We’re sold. The game’s coming this October, if you’re the type to enjoy dancing around your living room.

We got a brand new trailer for Beyond Good and Evil 2. Is Jade the villain? We got a glimpse of pre-alpha gameplay footage. This time around you can play alone or in co-op. Ubisoft call it a ‘space opera’ – to us, that’s an open world action RPG. Space Monkey program allows folk like you and I to get their content in the game. Art, music, etc. Go to hitrecord.org for more info.

Next up, we got some gubbins about Rainbow Six Siege. It now has 35 million players. That’s a lot! We got a quick look at a Rainbow Six Siege documentary, Another Mindset, about eSports players. It’s set to release in August.

Hooray, we’re getting a new trials game! It’s called Trials Rising, and it’s “bigger and better than ever”. It has locations from all around the world. And insane crashes, as usual. There’s a closed beta happening later this year – go to trialsbeta.com to register. It’ll be out in February 2019 on Xbox One, PS4, PC and Nintendo Switch.

We got a good ol’ look at The Division 2. Washington DC is at the heart of the battle in the aftermath of the smallpox epidemic which happened seven months earlier. People are still being assholes. As a Division member you need to take control. You’re the last line of defence for civilians and the country, so it comes down to you to defeat the tyrants. Doesn’t it always? The game allows you to create your own personal playstyle, and you’ll choose a specialisation once you’ve completed the main path of the game.

More interestingly, up to 8 players can partner up to complete raids. Even better, Ubisoft is planning a year’s worth of free content updates. Three DLC episodes will be made available in year 1. We’ll say it again; they’re free. It’s set to released on March 15th 2019, and there’ll be a beta available at some point before then.

Grant Kirkhope and band took to the stage to announce Mario + Rabbids Kingdom Battle Donkey Kong Adventure DLC in style. We were treat to a pretty awesome soundtrack medley. Oh, and the DLC looks pretty funky (kong) too. Coming June 26th, or June 25th for Season Pass holders. A WHOLE DAY EARLY, you lucky beggars, you.

Skull and Bones got a new trailer. We can certainly see the Assassin’s Creed influences in menus and HUD. As for gameplay, you need to get your target, know the conditions. Will you fight or will you ally with other players? You can join with friends to strike down formidable warships, and turn on your friends when the battle is won if you want to be a true sea bastard. It looks set to offer a deep naval experience. It’s coming sometime in 2019. Isn’t everything?

Next up was Transference. First shown off last year, it’s a game from SpectreVision, a creative company headed up by Elijah Wood. And Frodo himself took to the stage to tell us about the game. It combines the storytelling of a film with the interactivity of a video game. It looks interesting, and perhaps a little bit spooky. It’s coming this autumn to VR and non-VR platforms.

We got another look at Starlink: Battle for Atlas. You know, that toys-to-video game title announced last year. It looks kinda fun. Oh, and it’s going to have Star Fox in it. Coming to all consoles on October 16th. Star Fox only on Switch though, because, you know, Nintendo.

Ubisoft’s fighting game For Honor got some time on stage. Starting today and until next Monday, a ‘Starter Edition’ of the game is free on Uplay.

Chinese warriors are being added in a brand new Marching Fire expansion. Four Wu Ling fighters are joining the roster, and a new 4v4 multiplayer mode, called ‘breach’, is being added where you need to defend/attack a castle. It looks pretty epic. That’ll be available as paid DLC on 16th October this year.

We got a look at The Crew 2, which is just around the corner. An open beta will be playable on June 21st on PS4, Xbox One and PC, and you can preload it now. You know, in case you’re still on dial-up internet and things take 10 days to download. We’re pretty excited for this one.

Hooray, Assassin’s Creed Odyssey has been officially unveiled. Thrown off a cliff by your father at a young age, you’re going to seek revenge. And be a Spartan. It sure looks like Origins, but that’s no bad thing. It’s been in development for three years – sneaky Ubisoft. It’s an epic RPG experience that’s shaped by your actions and choices. You can play as Alexios or Kassandra for the entire game. Leonidas’ Spear gives you unique abilities. And, for the first time in Creed, we’ve got dialogue choices.

Along with a fancy CGI trailer, we got to see a full gameplay sequence. It hinted that there are romance options, and also demonstrated an epic battle. Oh, and there was a Minotaur. It’s coming to PS4, Xbox One and PC on October 5th. 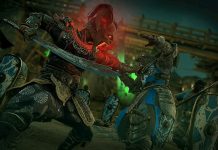 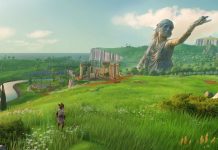 Eight Reasons to be Excited About Ubisoft’s Gods & Monsters 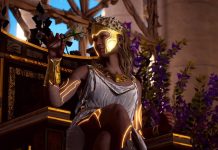