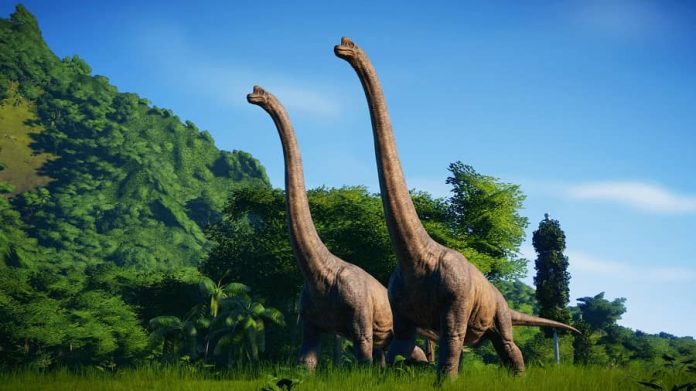 One of the hazards of running a dinosaur theme park, aside from the dinosaurs escaping and mauling the guests, is that your dinosaurs will get sick.

Here’s how to deal with dino illnesses in Jurassic World: Evolution.

How I stop dinosaurs getting sick?

Unfortunately, you can’t. No matter what you do, you can’t stop your dinosaurs getting sick in Jurassic World: Evolution.

Any dinosaur can get sick, regardless of what they’re doing, but you can minimise the impact and cure them quickly.

To do this you’ll need to have:

Be sure to prioritise getting these two things as soon as you can.

How do you know a dinosaur is sick in Jurassic World: Evolution?

If a dinosaur becomes sick you’ll see a small icon appear at the top of the screen. It looks like a small splat or smear, though it’s supposed to represent a virus.

How do I heal the sick dinosaur?

Hey presto, the sickness has been cured. But it may come back, because the game loves to throw a spanner in the works.

What if you don’t have a cure and can’t research it in time?

If you can’t research the cure then you’re up dinosaur creek. One option is to use a helicopter from your ACU centre (if you have enough money) to tranquilise the dinosaur and then use a helicopter transport team to transport it to a separate fenced off area to die. Or alternatively, transport it and then sell it. Either way, your priority when building any Jurassic World: Evolution park should be to research disease cures right away.

Exciting as dinosaurs are they’re a great deal less exciting when they’re slowly decaying on your doorstep. Have fun being a dinosaur doctor.