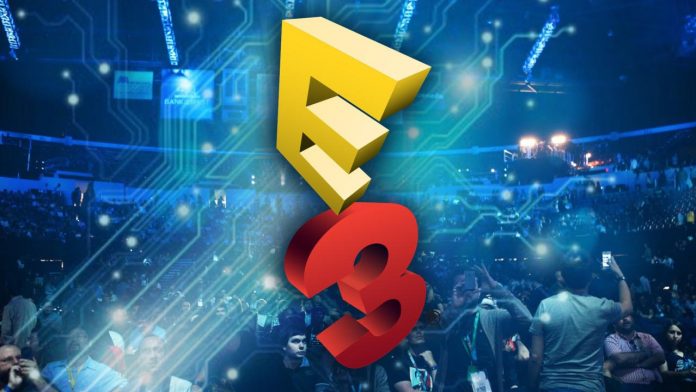 I’ve always thought that if you wanted to know what games were like in any given year, just take a look at E3.

E3 has always been a special time of the year for me, like most gamers, even if it is just a big, bloated, commercial for corporate capitalism. Weaponised nostalgia, disingenuous pathos; I love it all so much that I often find myself reliving past E3s. Sometimes it’s in search of new meaning for past events; sometimes for the shear fun of doing so. After this year’s event began winding down last week, I decided to dive back in and watch conferences from 2004. A usual ritual for me, randomly hopping from year to year. When I first decided to watch, however, I had no idea how far down the rabbit hole I’d go.

Since then, my curiosity got the better of me as I stumbled deeper and deeper down. At this point, I’ve relived every classic moment of modern E3 legend. Everything from Shigeru Miyamoto announcing The Legend of Zelda: Twilight Princess on stage in 2004, to the hat-trick triple-reveal of The Last Guardian, Final Fantasy VII Remake, and Shenmue in 2015. Of course, at the end of this giant marathon I can’t help but think about the many changes this industry has made over the years. E3 has always been the stage where the catalysts for change have taken place.

One of the biggest takeaways came early during the process, somewhere inbetween watching events from 2005-2006. It was an interesting time in games as Nintendo, Sony, and Microsoft were all either in the process of releasing new hardware or had done so already. The Xbox 360, despite the red ring of death epidemic plaguing so many consoles, had a strong head start in the era of HD gaming while Sony fumbled their way out of the gate, and Nintendo deciding to sidestep the whole thing entirely. A lot could be said about memorable moments, like Microsoft partnering with studios like Mistwalker and Square Enix, Sony’s difficult-to-swallow PS3 launch price, or Nintendo’s approach towards a more inclusive gaming ecosystem.

Yet what I found most interesting was the way in which the big three treated each other on stage.

It’s strange to think of it now, in a time where the slightest wink at the competition drives fanbases into a wild frenzy. It’s hard to believe, but these companies would often have multiple lines in their E3 press conferences that would allude to – if not directly respond to – the competition in one way or another. Microsoft never really had much of a chance, often because of when it would choose to schedule its conferences. Nintendo, on the other hand, would throw shots out in every direction; a tactic that’s seemingly out of character for Reggie Fils-Aimé these days.

Hearing Reggie throw shade at the competition for caring about texture resolution and framerate numbers instead of how the games play is a odd albeit hilarious thing to see, especially given the way the industry landed on those subjects. Even more strange is hearing Kaz Hirai respond, proving how Sony too takes chances with its hardware, a rebuttal alluding to the technical power of the PlayStation 3’s cell processor.

It might go without saying that a lot of these differences comes with the natural flow of time more than any specific change of wind in the industry itself. When you look back at the way anything was done a decade prior, whether it be gaming, movies, or soda brand logos, you’ll probably find an equal amount of nostalgia and teeth-grinding antiquity.

For instance, the excel spreadsheet-styled press conferences took longer than necessary to die out as boasting console sales numbers eventually became less and less impressive, but in time they eventually faded from memory. Going back to see something like a bar graph on stage at E3 these days is weird, knowing how silly it would be if it happened today, but there’s a charm to the entire experience.

After all, hearing corporate executives wax poetic about game and console sales is oddly cathartic, instead of the paint-by-numbers “we’re for the gamers” quotes we often hear these days. You can’t ever tell how much some of these executives mean it when they say such pandering niceties, no matter how many times they wear an old video game logo on their t-shirt out in public. But at least we can all trust their smiles when they roll out the big numbers, patting themselves on the back for a job well done. Pockets full and bellies stuffed, it’s the ultimate in transparency in something like E3.

Contrasting it with where we are today, with certain game companies treating their press conferences like works of art in and of themselves, I can’t help but yearn for the simpler times; when CEOs in oversized blazers wouldn’t worry so much about putting on a face, but just act like every other corporate executive. At least we can trust their honesty in that regard.

It’s the games that always mattered most

I can’t help but sound a bit cynical after watching so many damned E3 press conferences, mind you. A constant barrage of advertising and fan reactions can only go so far on the wings of my own nostalgia. Of course, it’s not all bad. In fact, my biggest takeaway from the entire endeavour is a positive one.

It was somewhere in the middle of the last generation when it hit me. Seeing games shown in tiny snippets of a montage, a few of them recognised as outright classics by today’s standards, being given the same amount of attention as titles that would hit the bargain bin within the month of their release. It was shocking, in a way, to see how far we’ve come in treating not just the industry, but the games we love within it.

Cry all I might at how odd Sony’s latest E3 showing was, with its beautiful presentations feeling a bit too self-masturbatory. Even still, you can’t say it didn’t respect the games that it showed. Entire stages built just to create a more immersive trailer watching experience, it’s a far cry from the old days.

Even at the Xbox press event, a show with fifty new game announcements packed in, each one was given the time that it deserved. In a previous year, many of them would have been lucky to make the Xbox Live Arcade montage in the middle of the show. While I may miss the live on-stage antics of Reggie and Iwata, may he rest in peace, there’s something beautiful about having the bravery to let a video game speak for itself like Nintendo did with Super Smash Bros. Ultimate during its Direct.

Maybe that’s what’s most important about E3. Not the hype surrounding it, or even the big announcements that we all want to see. It’s about the games and how we treat them that lives on past those few days in the middle of June.

Sure, we’ll all remember how loud we all screamed when our most anticipated game finally got a release date, or whatever it may be. But our industry shows its maturity not in how many brutally violent games with soft soundtracks get released, but in how we treat the art that is produced within it.

Giving equal respect to games like Fortnite and Death Stranding, because that’s just the sort of wacky world we live in these days, shows who we are. That both can exist on the same stage, with the same respect, because games are more than one or the other individually. Eventually, the excitement of our favourite announcements will fade and perhaps, even forgotten once they finally come out. But it’s in how we treat the games of today that shapes the worldviews of the game developers, writers, and players of tomorrow, and that I think is a pretty cool thing.