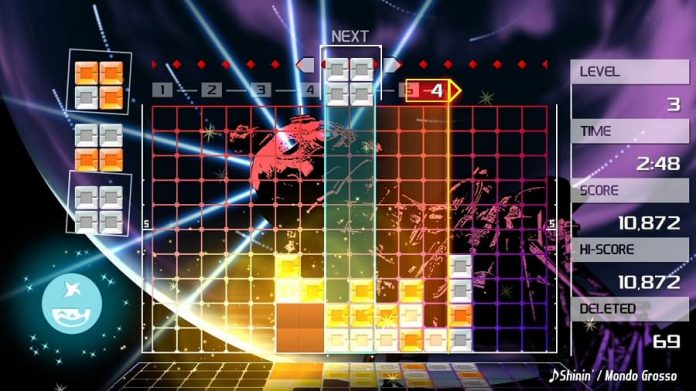 Originally released on PlayStation Portable way back in 2004, there have been many iterations of it on a whole host of formats since. It stands to reason then, that a new version of Lumines would be made for Xbox One, PlayStation 4, Nintendo Switch and PC. And, as usual, it’s simply brilliant.

As its name suggests, Lumines Remastered is a HD remaster of the original PSP classic. It features higher resolution visuals, making its bright colours and beautiful art stand out more than ever. And along with it, its music is of a higher quality too. The PSP’s sound capabilities were quite limited, see? What’s left untouched is its gameplay. Because why mess with something that’s already perfect?

But let’s not get ahead of ourselves. What if you’re not familiar with Lumines? What’s it all about?

Lumines, and ergo Lumines Remastered, is a block dropping puzzler like no other. Presented with an oblong playing area, squares made up of 2×2 blocks move in from the top of the screen. Each of the four blocks that make up a square will be one of two colours. Group four or more of the same coloured blocks together to form a square or an oblong and they’ll group together. Unlike most games of a similar ilk though, they won’t instantly disappear. Instead, they’ll only dissipate and reward you with points when a line moves over them, from the left of the screen to the right. And, moving to the beat of the music, the line’s speed is variable. 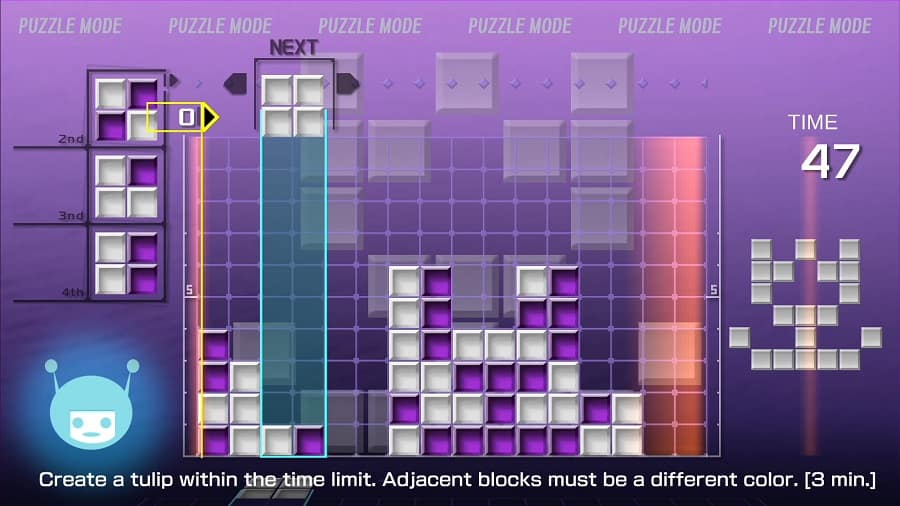 Lumines Remastered then, is a game in which you’ve not only got to consider where you place the blocks you’re given, but also when. Sometimes it’s worth rushing to put some blocks down to make a shape you’ve made even bigger. Other times, however, you may be better off holding them back until the some blocks have been cleared. But as far as other complications go, there are none, aside from a special block that occasionally drops which clears all blocks of the same colour that are joined to it.

While there are no further complications to the core gameplay, however, Lumines Remastered features a wide variety of modes that each offer something different. Challenge mode tests your block dropping skills across a variety of Skins; combinations of a music track and a visual aesthetic. The ultimate goal is to reach level 100, but it’s unlikely you’ll get there anytime soon. Any Skins that you unlock in Challenge mode can be freely played in Skin Edit mode, too. And then there’s Time Attack mode, which challenges your ability to clear as many blocks as you can within 60, 180, or 300 seconds.

Personally though, it’s Lumines Remastered‘s Puzzle and Mission modes that really capture the imagination. In these modes it’s all about making shapes with blocks and completing objectives. The conundrums you’re faced with start out rather breezy – clear the screen with one move, create a small cross –  but they soon become truly tricky indeed. Suffice to say, completing all 150 of them will test even the most patient of players. 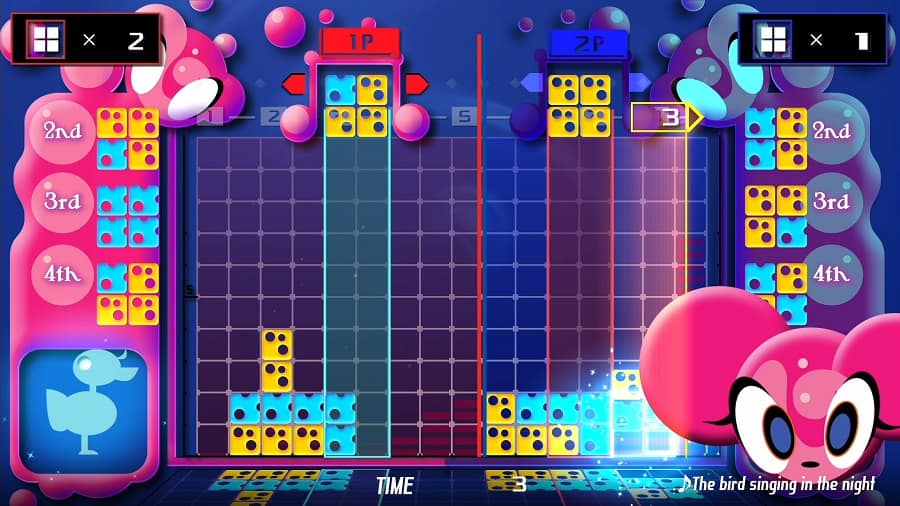 While there are online leaderboards to compare your performance in most modes against the rest of the world, some will be disappointed with the lack of online competitive play. There’s a VS CPU mode where you can battle the computer for superiority of the screen, and you can also play against another player locally in a similar fashion too. But those who were looking forward to exerting their Lumines authority over the internet will find themselves at a loss.

Even without online play though, Lumines Remastered is a great value for money package that’s not to be missed. Its rewarding gameplay is bolstered by its attractive visual presentation. And each and every one of its music tracks will have you tapping a foot on the floor as you play. But what really makes it stand out from the crowd is its variety. When you’ve grown tired of one mode, which will take awhile, you’ll simply move onto another. Ultimately, Lumines Remastered is just fun, fun and more fun.

Lumines Remastered is available on PS4, Xbox One, Switch and PC. We reviewed the Xbox One version.