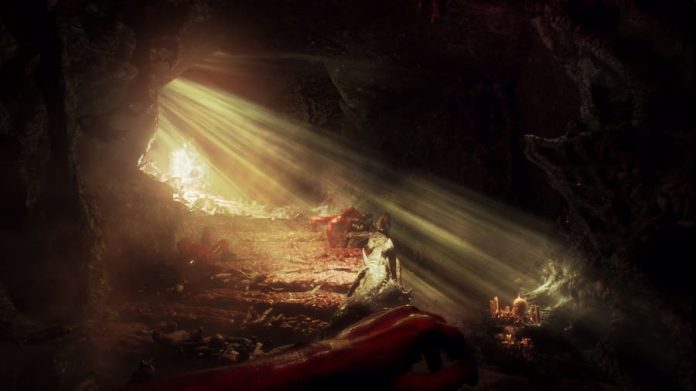 To play Agony is to pretty much inflict agony upon yourself. At least on Xbox One anyway.

I’ve admittedly not tried the game on PS4 or PC, but even if those formats don’t have the same technical issues I’ve experienced, I still can’t imagine that its gameplay could be considered anywhere near good. It’s simply a boring, confusing, thrown together mess. And this is from someone who was hotly anticipating its release.

That’s why I find the news that its developer is planning to release an uncut version of Agony on Steam in the near future like a big fuck you; it should be putting all efforts into making the game it already has on the market as good as it can be rather than pandering to the whims of a vocal minority. Like I’ve already mentioned, it’s pretty much unbearable on Xbox One at the moment.

Screen tearing, an abysmal framerate and clipping/repeating audio are just some of the technical issues you have to put up with. And if you do manage to get over those issues, you’re still left with a game that’s about as much fun to play as taking a cheese grater to your face. It’s atrocious.

For a horror game, Agony just flat-out fails. It’s not scary at all; just obscure and grotesque. It throws strange, gory imagery at you, thinking that like a child you’ll squeal and hide behind a cushion. You don’t though; you simply think that it’s trying too hard. And even if you do manage to get immersed in its admittedly well crafted environments, its piss-poor voice acting and mundane, almost broken gameplay soon pulls you out of it.

The developer acts like the fact that it was censored is why it currently has a metascore of less than 50 on all formats on Metacritic. It’s not, it’s because the game is absolutely awful. It’s a soulless slog that moves at a snail’s pace and is actually painful to play. I’ve not reviewed it yet, but if the Xbox One version is not patched in the next day or so anticipate the Xbox One metascore to drop below its currently paltry 34; it really is one of the worst games I’ve played in my life.

So, Madmind Studios, do us all a favour and actually make Agony good before you move onto adding in content that is for adults only. I’m sure I speak for others as well as myself when I say that I’d rather have a game that I enjoy playing than one in which there are more demon boobs, rape and baby killing. Surprising that, isn’t it?