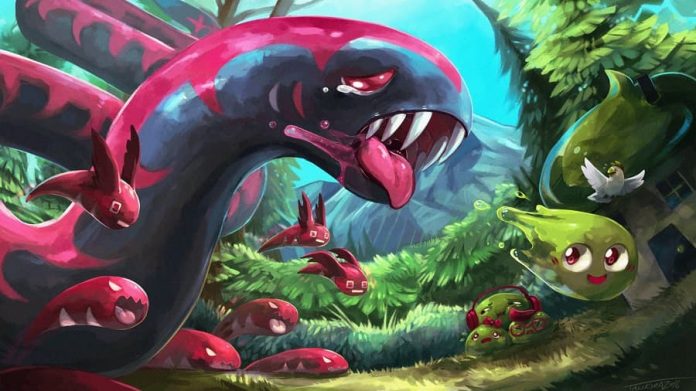 Every once in a while, a game comes along that takes you completely by surprise.

Something under the radar without much buzz that, when it hits, feels like something you’ve stumbled upon by sheer accident. Like Aladdin and the magic lamp, it seems innocuous at first, but once you experience Slime-San for yourself you’ll be in for a magical treat.

If at first you don’t succeed

This adorable platformer from the New York based indie studio Fabraz was originally released last year on PC and Switch. Now also available on PS4 and Xbox One as Slime-San: Superslime Edition, I’ve only just got my hands on it. From the outset, Slime-San doesn’t seem like anything special. It’s pixel art style is charming enough and the titular Slime-San itself is cute enough to want as a plushie, but it’s hard to see Slime-San’s brilliance from afar. Bouncing and hopping from platform to platform, it’s bite-sized levels evoke familiar memories from games like Super Meat Boy, but there’s much more here than an imitation of past successes.

Swallowed whole by a giant, monstrous worm, Slime-San must find his way out before an ever-approaching wall of stomach acid digests him for good. What this means for the game is that each level is set to a timer. Eventually, the stomach acid breaks through, forcing you to complete the level before it reaches you. With stages as small as they are, there’s a heavy incentive placed upon experimentation since death is such a constant occurrence. Dying and trying a level again, no matter how many times it happens, is a welcome part of the experience since it takes less than a second to get back into the action. 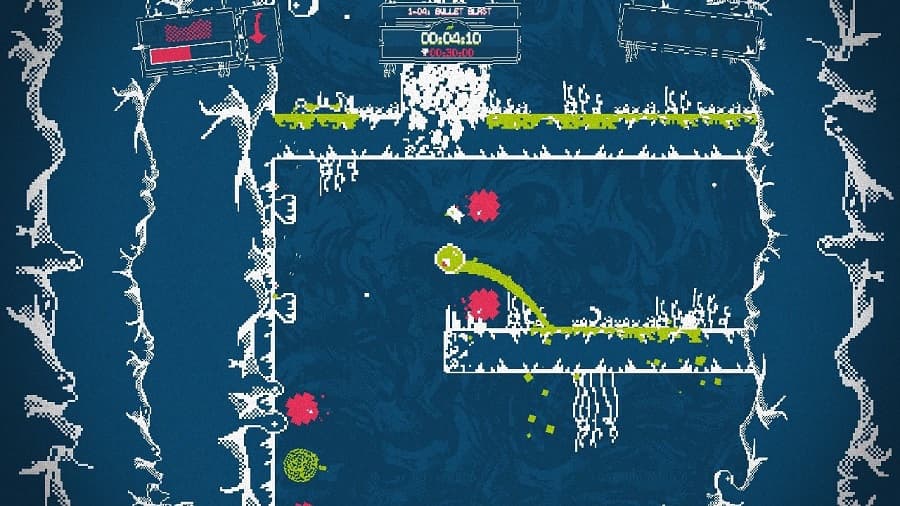 The fundamentals of Slime-San are fairly straightforward. To reach the end of each stage, you’ll have to avoid all sorts of different obstacles. Running and jumping your way through this game’s bite-sized gauntlets is only half of the equation, mind you. The other half comes with the different ways in which you can interact with the levels.

You’re able to slow down time with the left trigger and faze through green platforms, and also dash into the air with the right trigger; the ways in which Slime-San integrates these two mechanics into levels feels constantly surprising. Early stages take their time, slowly introducing new things to contend with. Blocks that stand in your path must be dashed over, circling green wheels will bounce you into the air if you don’t faze through them, and there are gates that teleport you to a different part of the stage; before long, Slime-San will have inundated you with countless new obstacles. It’s all the more impressive then, that over the course of its 100 different levels, the game never becomes dull. 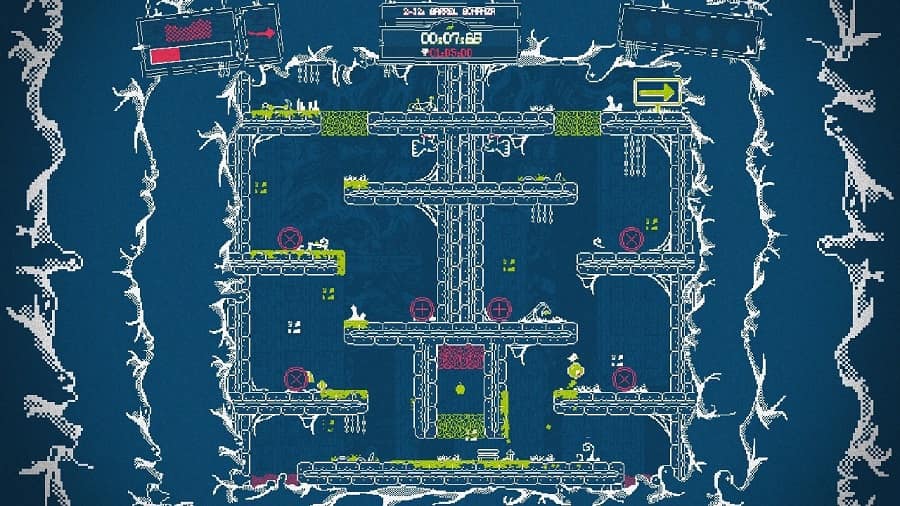 Once more, with feeling

Slime-San is also an intensely replayable game, but not just because of how fun it is. Hidden collectables, for instance, are scattered throughout each stage that help unlock even more content beyond the original 100 levels. On top of that there are new modes, different outfits and shaders, and even mini games; there’s a lot to dig into here. Once new game plus is unlocked, Slime-San’s playtime might even rival most other triple-A games out there.

Slime-San‘s brilliance perhaps boils down to one fact: its controls are faultless. The fluid motion, pun not intended, of jumping in between obstacles at just the right moment feels as good as any enemy encounter in Bloodborne or headshot in Halo. And beyond that, Slime-San: Superslime Edition goes the extra mile in almost every regard. As it makes its way onto more platforms, I can only be thankful that it got another shot in the spotlight. Because dammit, it deserves all the time there it can get.

Slime-San: Superslime Edition is available on PS4 and Xbox One. We reviewed the PS4 version.