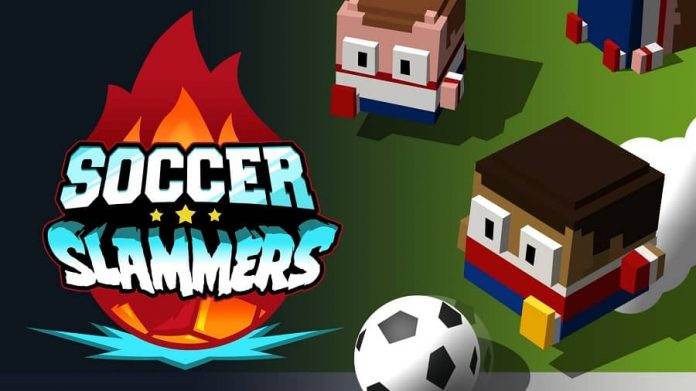 Football fever is at high right now with the World Cup going on, and that means people might be itching for a football game to play.

Soccer Slammers is a game that removes the realism, strategy, and patience of football and instead injects a large amount of nonsense and arcade feel. Similar in nature to games like NHL 3-on-3 or NBA Jam, it’s a fast-paced slimmed-down version of the sport it covers. There is very little depth to this game, and the replay value relies solely on whether or not you can enjoy the incredibly quick and somewhat shoddy gameplay. Soccer Slammers has all the pieces to make for a fun time; they just don’t seem to be aligning correctly.

Over in a flash

Soccer Slammers is a very fast game, and not just in terms of its gameplay. Each match lasts roughly five to six minutes, depending on how often you or the opponent scores. You can sprint, quite quickly, but there’s a cooldown on it. Your tackles cover a decent bit of ground. The pitch is extremely small with no out of bounds areas, and no penalties for your actions. Because of that, the gameplay moves along quickly and there is constant movement. The downside to this, though, is the limited amount of controls in the game. I wish I could be doing more with the hectic nature of Soccer Slammers, but I just can’t.

Sprint, pass, shoot, and tackle. That is, besides movement of course, the extent of your control. Passing is simple and requires nothing like facing your teammate or leading them. They’re just laser beams. Shooting is a bit different. You can aim your shot as well as charge it up for a superpowered shot. These full blast shots pretty much never miss, no matter you blast them from on the field. The enemy AI, no matter how terrible of a team you select for them, always seems to be miles ahead of your team. My goalie consistently refuses to block the weakest, easiest of shots whereas the opposing goalie was making highlight reel saves like it was nothing. The combination of limited controls and unbalanced AI makes for a rough one play experience. 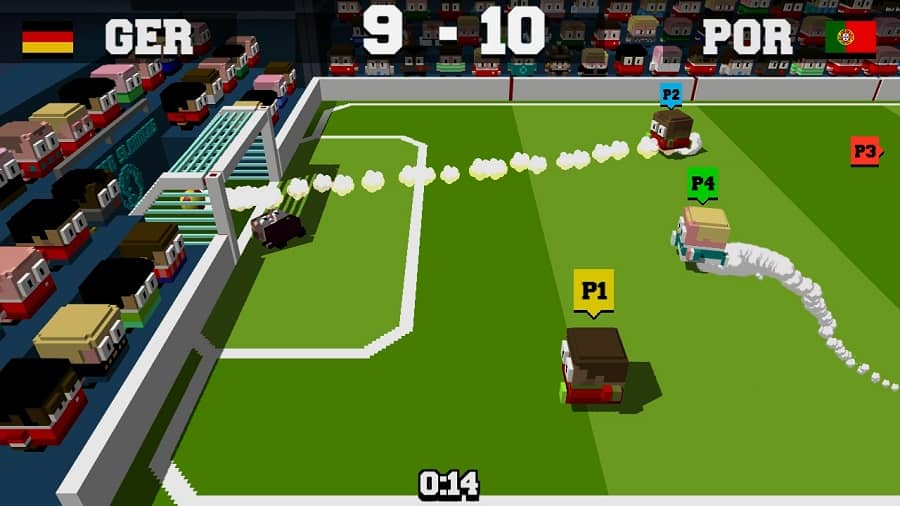 Soccer Slammers is best enjoyed with others. To an extent, at least for me at some points, it’s only enjoyed with others. Dealing with the speed and unbalanced nature of the game is a lot less frustrating when playing with or against your friends. There’s a bit more added strategy and fun to be had that you just can’t get from your AI teammate. Passing is more fluid, shot selection is better, and the opposing team scores much less. Defensively, your AI is vastly worse than any human can possibly be, so those days of crushing defeats are left behind.

Playing the Tournament mode is probably the best way to enjoy cooperative play in Soccer Slammers. Playing game after game helps to increase the longevity of the game, and removes the aspect of feeling like each five minute game wasn’t worth the time. But even then, given the limited depth and options for play here, it’s hard to keep everyone coming back. It’s not that what we have isn’t enjoyable, it’s just that it fails to retain your interest after the first little while. The shock of the speed and clumsiness of the game pulls you in at first, but it quickly subsides for a desire to have something more tangible. 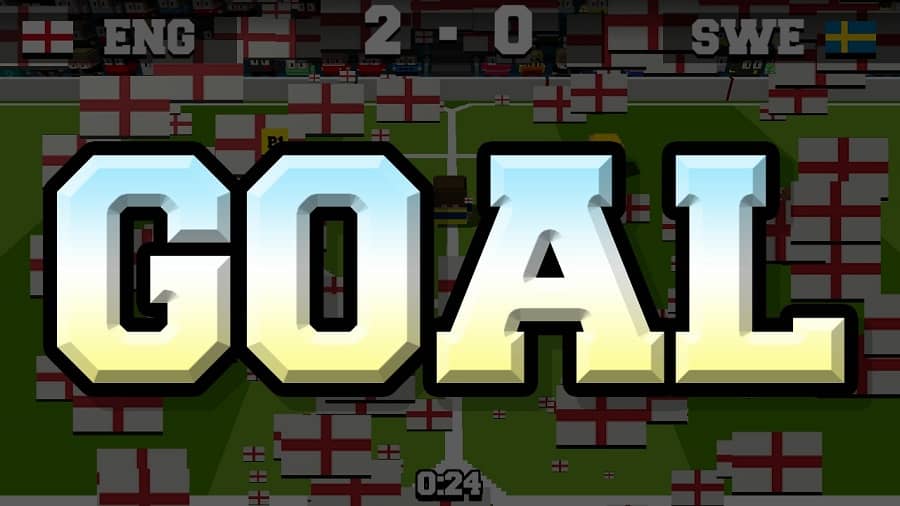 Not quite World Cup material

Despite its fun art style and great arcade feel, Soccer Slammers doesn’t capture the magic and spirit of the sport it emulates. A lack of depth, an unbalanced system, and a small offering of control takes away from what could be a great little time killer. Even with the uproar around World Cup football at the moment, I don’t see many people getting sucked into Soccer Slammers anytime soon. For those who do jump in, I hope you find something that keeps you there. For me, it just couldn’t be found.