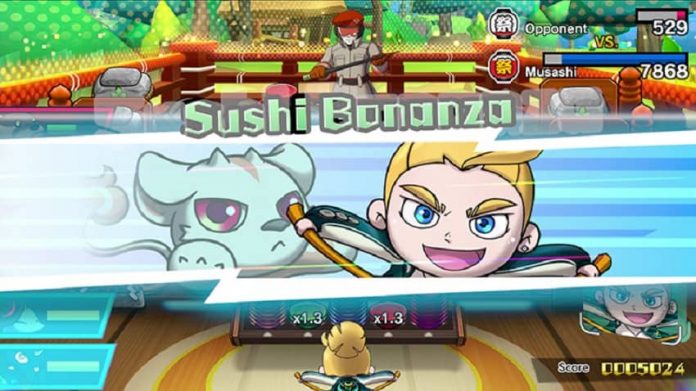 As soon as you hear Sushi Striker: The Way of Sushido‘s theme song on starting up the game, you know it’s going to be a good time.

With lyrics like “real deal, what a steal, this is gourmet fish” and “sushi strikers gotta fight hard – yeah,” it’s pretty clear that there’s going to be some intense battles and delicious food to be had within the game. And that’s definitely what you’ll find. Sushi Striker: The Way of Sushido is a story-heavy strategy puzzle game from Nintendo, available now on 3DS and Switch.

The story of Sushi Striker is one like many other. In a world where two large factions of people are fighting over the world’s most valuable resource (sushi, of course), war breaks out. The Empire seeks to hoard all of the sushi for themselves, whereas the Republic wishes to share sushi with everyone in the world. This battle was known as The Sushi Struggles. In the end, The Empire won the bitter Sushi Struggles and forbade all talk of sushi altogether. And eating it? That was strictly prohibited as well.

You play as Musashi, a young orphan living in the Republic who lost their parents in the Sushi Struggle. One day when searching for food for their fellow orphans, Musashi comes across a stranger named Franklin. Franklin introduces Musashi to Ara-o, his Sushi Sprite. A Sushi Sprite, other than being a bit of a tongue-twister, is a creature who can control the world’s sushi. Together with Ara-o, Franklin teaches Musashi about the joy of sushi. Basically, how delicious it is. 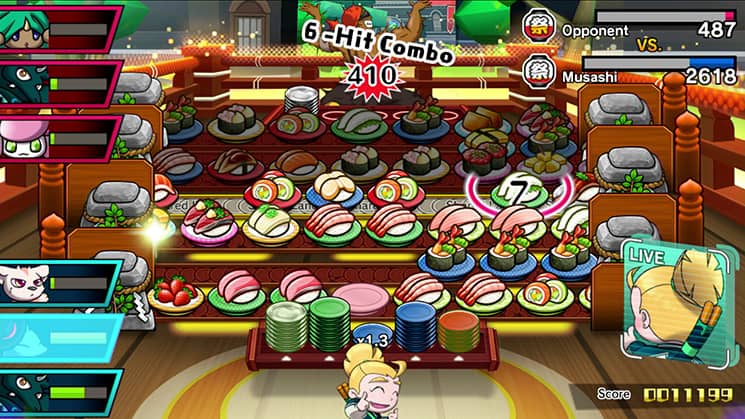 Get Ready to Roll

As the story continues, Franklin teaches Musashi about sushi fields. Sushi fields are where sushi flows from Sushi Sprites. The field is set up with a couple dozen plates piled high with scrumptious sushi. By linking plates of the same colour together, you’re able to eat tonnes of sushi all at once. When in battle, doing this also saves up plates for you to toss across the field to hit your opponent. Think of it as a fast-paced Bejeweled or Candy Crush with a bit more action and a lot more rice.

Sounds simple, right? At the beginning, Sushi Striker is pretty easy, but it soon becomes challenging as you move forwards. The gameplay isn’t quite as simple as matching and throwing plates; each Sushi Sprite has their own skill to assist their owner in battle. For example, Musashi’s sprite Jinrai has a skill called Sushi Bonanza, which turns all of the plates on their side of the field the same colour. The more Sushi Sprites that you come across in your travels, the more abilities you’ll be able to utilise during battle. You have to strategise carefully and decide when the best time to use these abilities is so that you always come out on top. 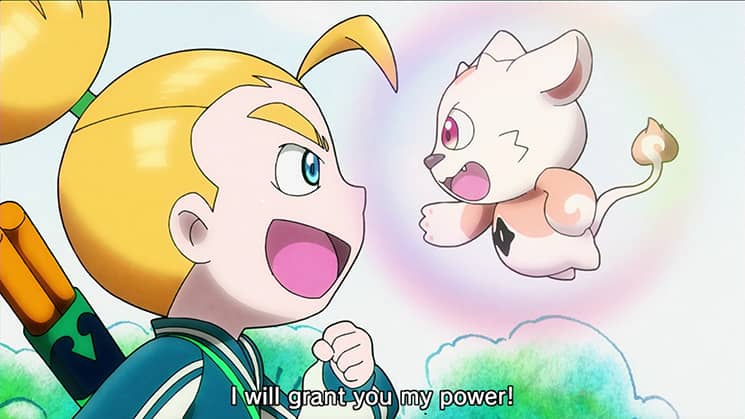 My biggest problem with Sushi Striker – and it isn’t a huge problem – is the controls. There are two options that you can choose from when deciding how to play on the Nintendo Switch; you can utilise the touch screen, or you can use the analogue stick on your controller or Joy-Con. I found it nearly impossible to play with a controller. My cursor would constantly go everywhere except where I was trying to make it go, so I played the majority of the game with the touch screen. That’s fine if you’re playing in handheld, but if you want to play it docked it means you’re forced to use less-than-stellar controls. This was a little disappointing because I much prefer playing games on a big screen.

When everything comes together though, Sushi Striker: The Way of Sushido is a really fun game. Playing it felt like a mix between watching an over-the-top anime and playing an advanced match-three puzzle game. The voice acting in itself was enough to keep me going back to it, let alone the ever-changing puzzles, fun and hilarious characters, delicious-looking sushi and adorable sprites. Aside from its minor control issues, Sushi Striker is a welcome addition to my growing Nintendo Switch collection and I’m sure it will be for many others. I can’t wait to get back to it, but first I’m going to go pick up that sushi I ordered.

Sushi Striker: The Way of Sushido is available on Nintendo 3DS and Switch. We reviewed the Switch version.