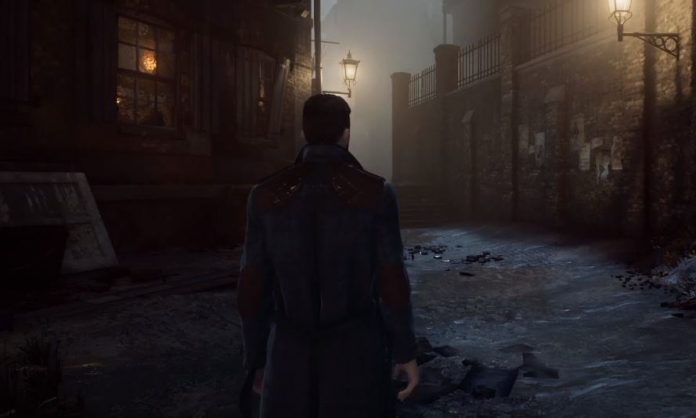 If you’re currently playing Vampyr, or thinking of picking it up, you’re obviously going to want to get the most out of it.

There are many things we’ve found out by playing it, often the hard way. But you can benefit from our experience if you’d like, perhaps making your time playing Vampyr even more enjoyable. Take a look at our tips for playing Vampyr; they may prove invaluable to your efforts.

Talking to people pays real dividends in Vampyr. You’ll uncover secrets about other characters, gain information about quests, and learn what makes people tick. As a result, you’ll have a much more fulfilling time playing the game. And, if you do ever ever decide to feed on human blood, citizens that are healthy and that you have a great understanding of offer increased experience rewards. Tasty.

Seek out and read notes and letters

While talking to everyone you meet lets you unveil much of Vampyr‘s secrets, don’t forget to read any notes or letters you come across on your adventures. When you first pick them up you can read them by pressing the prompted button, but if not you can access them via your inventory. They’ll often give you hints or valuable information about the citizens residing in the four districts, making their blood even richer. They’re good for delving more into Vampyr‘s dark world, too.

Be sure about the choices you make

Vampyr is a game all about choices. Unlike most games, it’s keen to make you live with the consequences of your actions, too. Every choice you make has an effect in Vampyr, though it may not always be so obvious. There’s no making multiple saves so that you can go back on a choice you make either. Before making a choice or embracing a citizen to suck on their blood, be sure that’s what you want to do. There’s no going back if you later regret your decision.

You’re a vampire, it’d be rude to not bite those who are trying to kill you, wouldn’t it? Biting your foes has a lot of benefits. While initially sinking your teeth into a foe doesn’t do much damage, increasing your biting power eventually makes it quite a powerful move. Biting your foes also replenishes your blood meter, allowing you to make use of special skills. And that’s not all either, it also regenerates a portion of your health. Need any more reason to bite?

Related: Read our review of Vampyr

Make use of stun

While stunning enemies mainly works as a set up for biting them, it is helpful in combat in its own right. Stunned enemies can’t attack you for a moment, see? And they’re also defenceless. Make ample use of weapons that build up stun in combat and you’ll find yourself having a much easier time. You can even add more stun to some weapons as you upgrade them.

Vampyr doesn’t have the biggest open world map, but it has still got plenty of secrets hidden in its nooks and crannies. Take time out to explore between missions and you may find yourself with new weapons, crafting items and information on citizens. You’re also likely to bump into plenty of enemies, allowing you to gain some experience through combat. Really, you’ve got nothing to lose except time.

Being a doctor, one of your goals in Vampyr is to keep people healthy. To that end, it’s wise to create as many medicines you possibly can given your resources. Being able to cure people as you meet them saves time, and also helps keep each district stable. The materials required for creating medicines often replenish in places like the hospital, so make sure you visit frequently to collect them. Of course, you can also buy them from vendors.

Check out your menu for side quests

It’s not always obvious, but you pick up a fair number of side quests as you go about your business in Vampyr. You can find out which side quests are available to you in the menu, and you can track them from there too. Completing side quests lets you learn more about the citizens in each district, and they also often reward you with money and items that will help on your adventure. Many of them force you to make difficult choices though, so be prepared to do some soul-searching.

Unlocked as you explore London, safe houses are very useful. Aside from saving your progress when you enter, they allow you to replenish the ammo for any guns you are carrying, craft items, upgrade weapons, and also rest to evolve your abilities. When you’re out and about, keep an eye out for rats scurrying around; they’re a sure sign that a safe house is near.

Combat plays a large role in Vampyr, and unless you feed on all the citizens you meet it can get pretty tricky. The best way to keep combat manageable is to upgrade your weapons whenever possible. Aside from increasing their attack power, upgrading weapons sometimes allows you to add more stun to them, or even decrease the stamina cost of wielding them. If you’re lacking the necessary components to upgrade a weapon it’s certainly worth checking out your nearest vendor. It’s worth spending some money to make yourself hardier in battle.