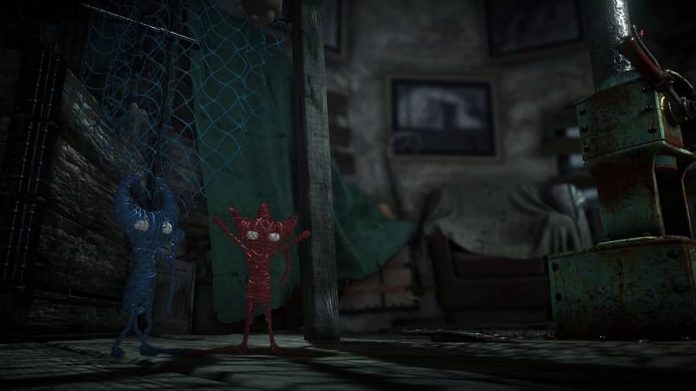 Announced at EA’s E3 2018 press conference and then hastily released, Unravel Two is a wonderful surprise.

Sequel to Coldwood Interactive’s 2016 yarn-based hit, it tightens up the controls, adds a co-op twist and is generally a more brisk and lively affair. As such, it’s a much more enjoyable game than its predecessor, which was already a hell of a lot of fun.

A bond is formed

After a brief scene showing the lovable Yarny having some trouble at sea, Unravel Two opens with you forming a bond with yet another anthropomorphic creature made of yarn. This coming together marks the start of a new friendship; a spark of light in what would otherwise be a dark time. And of course, only by working together will they overcome the obstacles that lie ahead of them.

The first level essentially acts a tutorial, getting you up to speed with the game’s dual protagonist mechanic. With both Yarny and and his companion – who I dubbed Yarnette – joined at the hip, new gameplay challenges are opened up. In single-player you’ll have to take control of both characters, switching between them frequently to solve puzzles and reach otherwise inaccessible areas. Unravel Two is the game’s name though, and with two players each taking control of their own character it becomes more of an engaging experience. 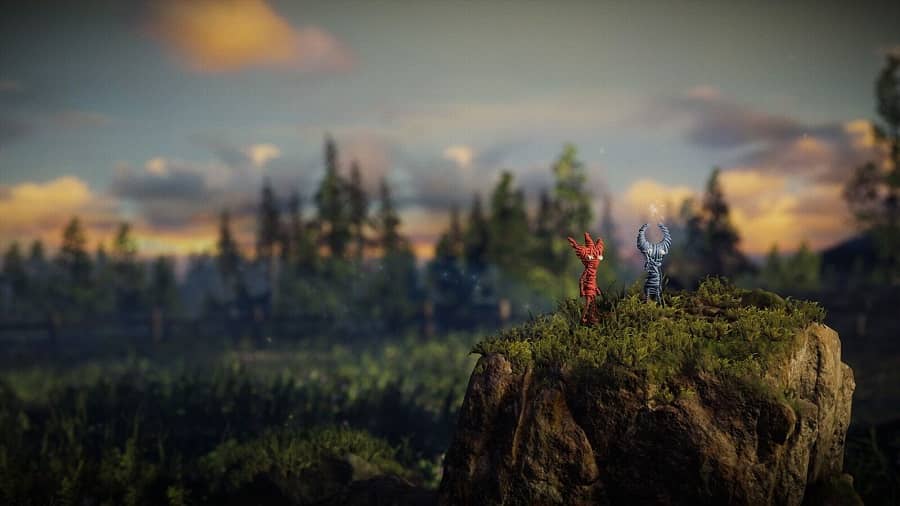 Playing in co-op requires you to coordinate with each other, sharing ideas as to how to progress. Fail to do so and you’re likely to just shamble around and ultimately get frustrated. With two likeminded and communicative players in tow, however, Unravel Two moves along at a greater pace than when played alone. There’s no momentary pause in the action to pick up your secondary character or get your bearings after switching between them. It’s just a shame that you’re limited to local co-op; there are no online options.

The lack of online play shouldn’t put you off Unravel Two though; even when playing alone it’s an absolute pleasure. After completing the first level and reaching the game’s lighthouse hub, there are a further six levels for you to complete. Each and every one of them offers new scenery, unique challenges and a soundtrack that excellently accompanies the pace of the action. Sometimes you’ll be tackling puzzles, switching between characters to push switches and move obstacles. Other times you’ll be running at breakneck pace, trying to escape an encroaching fire or a pesky adversary.

A pleasure to play

Crisp, responsive controls are what define your adventure. Against all odds, it never feels like a hardship to steer both Yarny and his new friend towards their goals. It helps that the game’s skill-based challenges and largely physics-based puzzles are intuitive. And if you do ever find yourself stumped, there’s a hint system on hand to alleviate any long-term woes. Unravel Two is a game that wants you to be moving onwards, and it achieves that by being challenging but accessible in nearly every instance.

Longevity is provided by a number of objectives for each level. Those just wanting to run through the game to reach its conclusion can do so, but those going back to levels to complete them against the clock and find hidden collectables will get more out of it. There’s also a wealth of additional challenge levels to be discovered. Your reward for completing them are new customisation options for Yarny and his friend. Ultimately there’ll be just shy of ten hours of gameplay on offer for most players. 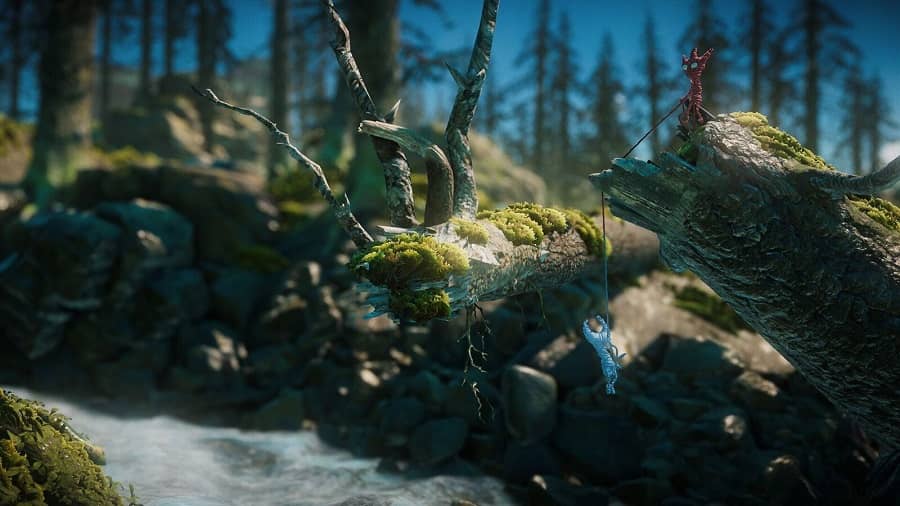 Superfluous to the experience is a narrative that plays out in the background as you progress through the game. All you need to know is that Unravel Two is a game about friendship and love. It’s a game about new beginnings and finding hope, even in the darkest moments. It’s a message that really hits home given the current state of the world, making it even more endearing as its credits roll.

Unravel Two has quickly become one of my favourite titles of 2018 so far. When it’s not challenging your reflexes it’s challenging your brain. And when it’s doing neither of those, it’s tugging on your heart. It’s a game that’s masterfully created, building on the gameplay offered in its predecessor but making it more punchy and enjoyable. But more importantly, it doesn’t compromise the single-player experience by adding in Yarny’s new friend; it simply enriches it. If you have any love for the original title, or puzzle-platformers in general, Unravel Two is absolutely essential.