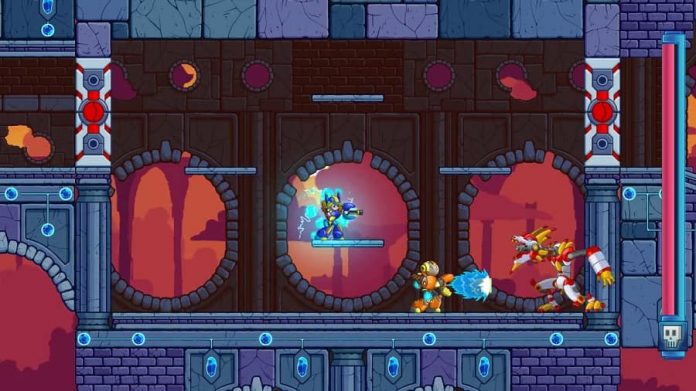 Mega Man games are good, but they haven’t really changed that much over the years, have they? They’re also extremely hard.

Back at the hub

As it’s fashionable these days, the action in 20XX all stems from a central hub. There, you can change between any characters that are available, redo the tutorial you’re thrown into when you first start the game, purchase upgrades, and access the game’s many modes. Thankfully the hub is small and densely packed though, meaning you’re never really more than a jump or two away from performing whatever action you wish to do.

Heading into the main portal, you’re presented with three difficulty options before being thrown into a level. The easiest difficulty, Reverent, grants you three lives, giving you some leeway as you play. You’re not given the benefit of extra lives on Normal or Defiant, however; if you die on those difficulties, your run is over. Playing on Reverent or Normal also allows you make use of any permanent upgrades you’ve acquired, whereas on Defiant you’re stripped back to basics.

Whichever difficulty you choose, the gameplay remains the same – though that’s not a problem as it’s bloody good. 20XX features a range of levels that are randomised every time you play. Each one has its own aesthetic and fiendish boss, but the order you tackle them in is not set in stone. After completing your first level, you collect your spoils and are then presented with a choice of multiple levels to jump into next. It enables you to chart your own course through the game, and also allows you to strategically acquire skills. 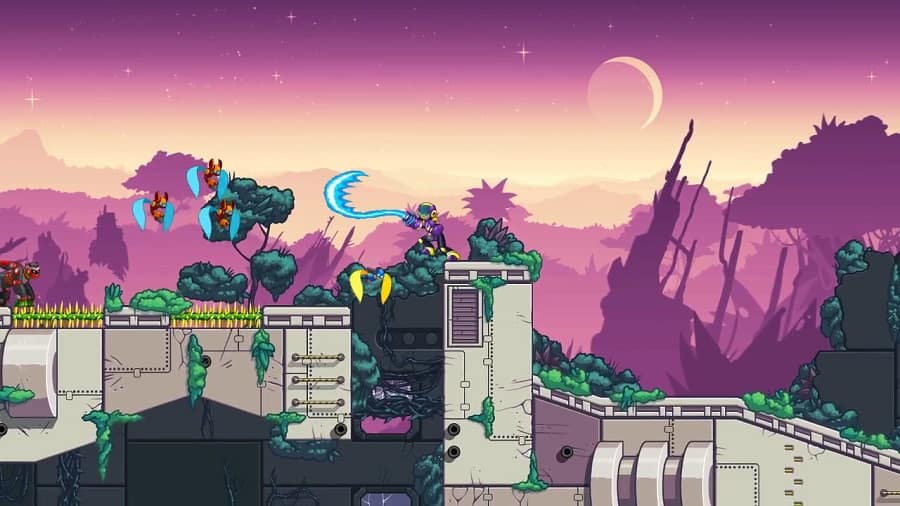 Like any good roguelike, you grow stronger as you play. And while there are some upgrades you can purchase that carry through between runs, most are lost upon your death. After each boss you defeat you’re given the choice of obtaining a unique special attack, some bolts, or a general power up. You can also obtain power ups by completing Glory Zone challenges which can be found in levels. The only upgrades you can carry between runs, however, need to be bought using Soul Chips, which you obtain by defeating bosses and special powered-up enemies.

Three types of power ups can be purchased with Soul Chips back at the hub; those that you unlock to appear on subsequent runs, those that are active on the next run, and those that provide a permanent benefit. Unless you’re playing on Defiant difficulty then, every run you make empowers you to get just that bit further the next time. Aside from keeping things interesting, it also adds to the game’s addictiveness, keeping you going back for one more run before you turn it off.

While 20XX‘s campaign is undoubtedly its main attraction, there’s a whole host of side content to keep players entertained too. There are daily and weekly challenges of both standard and hardcore variety, as well as a boss rush mode and more. You can also play 20XX in co-op, either locally or online. This is a game that has a lot to offer, and you don’t have to experience it all alone. 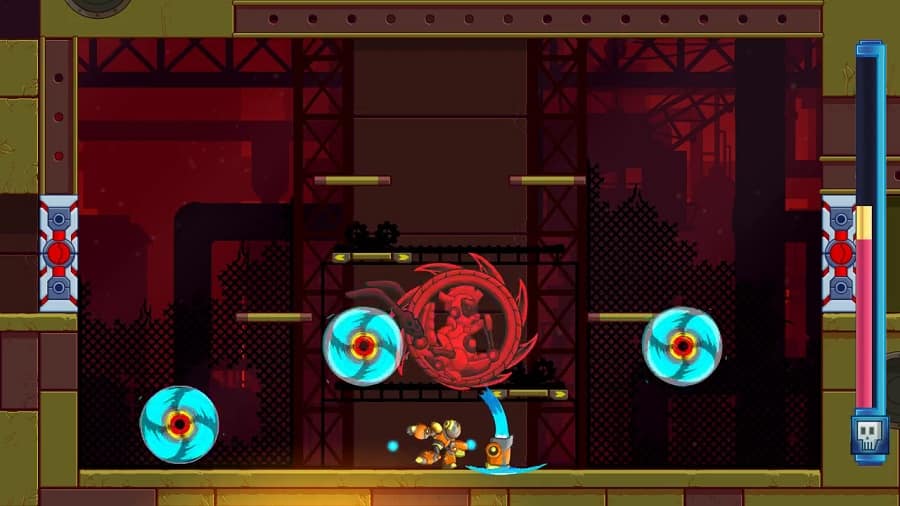 Confidence in your actions

What really makes 20XX shine, though, is how it plays. The controls are crisp and responsive, giving you confidence with every move you make. The levels are fairly brief, but they are multi-layered and challenging, keeping them interesting even after multiple playthroughs. And the bosses are fiendish but fair, each presenting a unique challenge. From the moment you begin playing 20XX, it’s simply a pleasure.

If you’re a fan of platform games or roguelikes, 20XX comes highly recommended. And if you’re a fan of Mega Man it’s pretty much essential. It’s a good-looking game with plenty of content, but it is its gameplay that really makes it stand out. Precise and enjoyable, it gives the old-fashioned platform genre the shot in the arm that it needed by adding an ample dose of unpredictabilty and depth.

20XX is available on PS4, Xbox One, Switch and PC. We reviewed the Xbox One version.