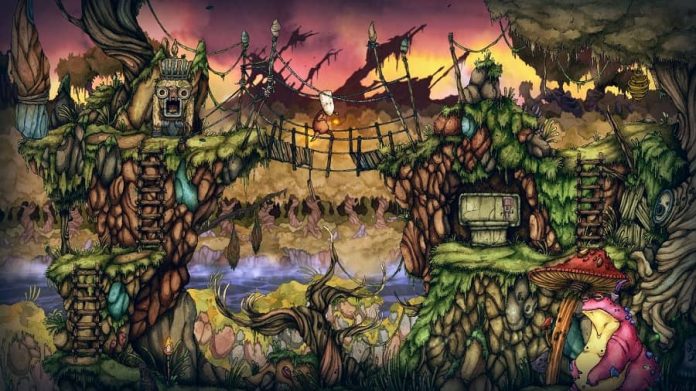 When Candle first released last year on PC after a successful crowdfunding campaign, it made waves for its gorgeous art style.

I can attest that upon first glance, Candle is arresting in its beauty. Not the sort of beauty that you find in a photorealistic game like Horizon – where the rolling hills and snow-covered mountains leave you breathless at their majesty – but the kind of striking, creative beauty that draws you in with its uniqueness.

Candle is also much more than just good looks, of course. The debut release from Spanish developers Teku Studios, Candle: The Power of the Flame is a dazzling graphic adventure that calls back to many classics of the past. Sometimes, with those callbacks come the flaws in these games we’ve since long put to bed. Yet still, I can’t help but be impressed by Candle’s sheer sophistication, proving itself a much smarter game than I had ever hoped it to be.

In Candle, you take on the role of Teku, the light guide of his tribe. After a surprisingly in-depth opening cinematic that tells the origin story of Candle’s world, Teku awakes to find his village in flames. Attacked by the sinister Wakchu tribe, his village’s shaman has been kidnapped. As the light guide, it’s up to Teku to retrieve the shaman, the only connection his tribe has to the Gods of the world. It’s a simple premise that thankfully gets out of the way of the game once things really get going, more or less simply serving as a narrative wrapping for the rest of the experience. 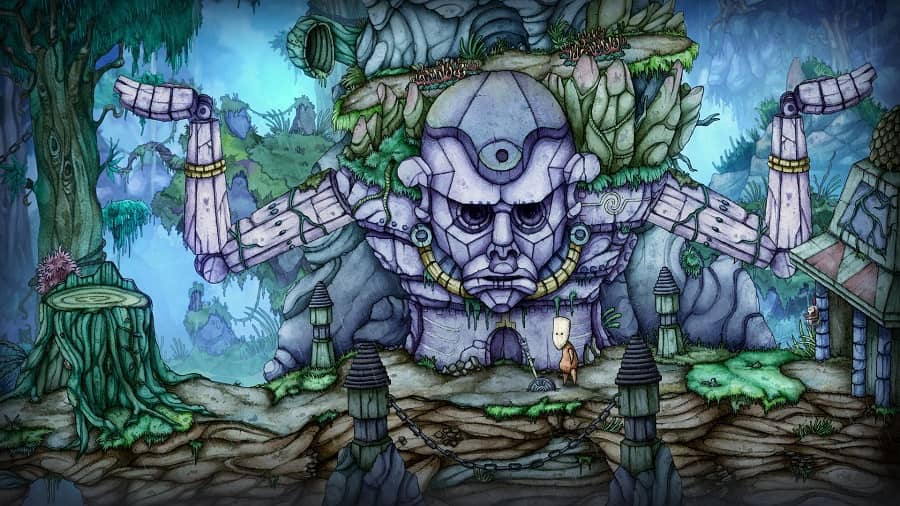 From the outset of the game, Candle is open-ended, almost like a Metroidvania without any clear signal on what to tackle first. Segmented into a few different areas, you’ll explore the world of the game bit by bit, coming across puzzles you’re only able to partially solve as you need an object from somewhere else to finish it completely. It involves a lot of backtracking before you finally get a grasp on what to do next, but once you find your rhythm, things begin to fall into place. Finding one object, for instance, leads you to realise where it can be used; unlocking a portion of the environment that allows for another puzzle to be completed, and so on.

To pull all these separate puzzles together, however, is a unifying handcrafted art style that seems most similar to Machinarium’s unique hand-drawn style. With its watercolour painted visuals and sketchy characters, there is a sense that every inch of the game was crafting with painstaking attention to detail. Candle also borrows heavily from South American cultures, with its various masked tribesmen and many ancient structures overtaken by nature, while also never stepping too close to reality. Instead, Candle feels like a mystical storybook world just close enough to our own to be recognisable. 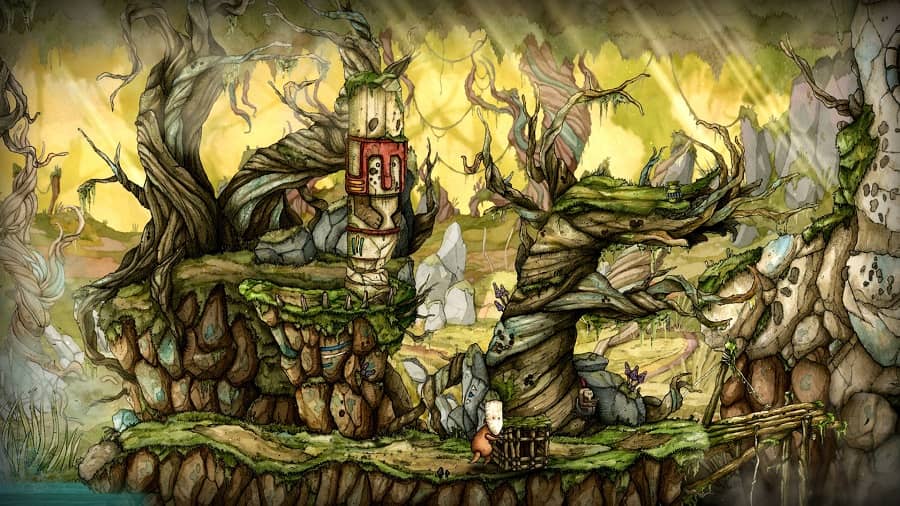 It might be a surprise to learn that Candle, despite calling itself a graphic adventure game, doesn’t control like a point-and-click adventure title but instead feels more like the many cinematic platformers of old. Think less The Secret of Monkey Island and more Another World. Although it’s far removed from the rotoscoping process that brought these games to life, Candle does feel and play strikingly similarly. Moving Teku from left to right is slow and methodical. Each action in the game, whether it’s climbing up a ladder or dropping down a ridge, feels meticulous and deliberate. It’s admittedly an aspect of these older classics that I’ve never enjoyed, but this decision to root Candle’s controls in the past also brings with it some interesting elements.

The main benefit, of course, is Candle’s context sensitive controls. To interact with objects in the environment, all you have to do is to walk Teku up next to something and hit the action button. Because the action button works in the context that it’s in, often tipped off via a small icon above Teku’s head beforehand, interacting with the game feels more intuitive than many of its fellow contemporaries. It also makes performing actions relatively easy, which helps makeup for Teku’s agonisingly slow movement speed.

At the core of Candle, however, is its central conceit and reason behind its name. Teku, with his candle, has the ability to light various things in the environment. This often is in the way of solving puzzles, though the ways in which you do so are endless. Lighting torches to distract a swarm of bees, combining leaves to set ablaze to create differently coloured smoke; there is an endless inventive to Candle’s puzzles as they often interweave and connect back to one another. With the added ability to use a light blast, I found myself constantly outsmarted by the game in a way that feels perfectly resonant of the era it seems to be representing. 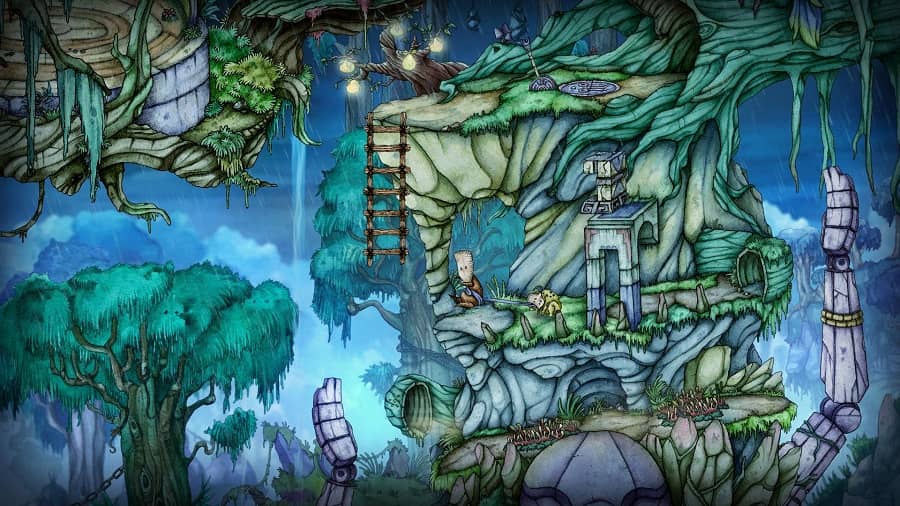 A candle to brighten the world

It’s difficult to describe the joy of Candle, most especially since so much of the game is about discovering the many mysteries within it. Its puzzles are without a doubt the highlight of the game, yet I often found myself beating my head against a wall at the sheer scale of some of them. Needing to go from one environment to the previous one, slowly figuring out my way through this complexly engineered beast required a pen and paper more times than I could count.

Yet that was all part of the fun, struggling with the sophisticated design made me feel out of my own element. After completing a portion, I’d feel slightly disarmed, only to be made a fool immediately afterwards with an even more complicated series of puzzles. While Teku’s sluggish reaction time was a constant annoyance, once I had put the controller down it merely felt like a minor annoyance in a game otherwise filled with impressive details. Gorgeously made, challenging in every way, Candle is a game that shines brighter than you’d expect.

Candle: The Power of the Flame is available on PC, PS4 and Xbox One. We reviewed the PS4 version.