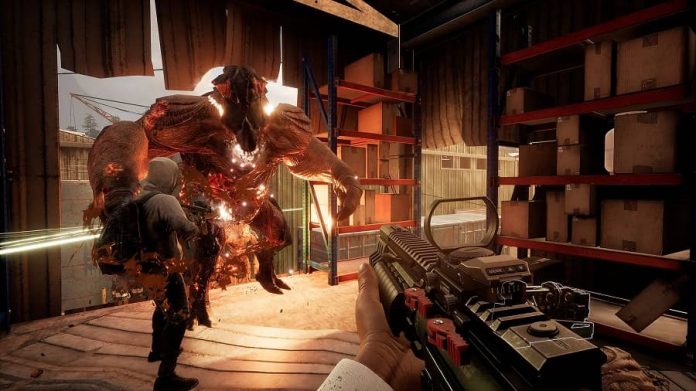 Out today, Earthfall is a game that fans of Left 4 Dead should seriously check out. Why? Because they’re like peas in a pod.

Earthfall is pretty much just Left 4 Dead but with aliens, and I mean that in the best possible way. It’s a co-op shooter for up to four players, challenging players to make their way though numerous campaigns which are each split into a handful of levels. But along the way, it’s not the undead you’ve got to worry about: it’s aliens.

There’s one nasty little bugger who warps around and is protected by a shield. They’ll shoot bolts of electric at you until you take them down. There’s also a floating alien called an Enrager who angers the aliens around them, making them even more aggressive. Where Earthfall really differentiates itself though, is with its emphasis on building defences.

Deployable gate-like fences can be found and set down with ease, creating a barrier that keeps aliens out but lets you and your team mates move though it without delay. There are also deployable turrets and auto turrets to make use of. You’ll be greatly thankful for them when waves of aliens attack while you’re waiting for a door to open or searching computers for data. 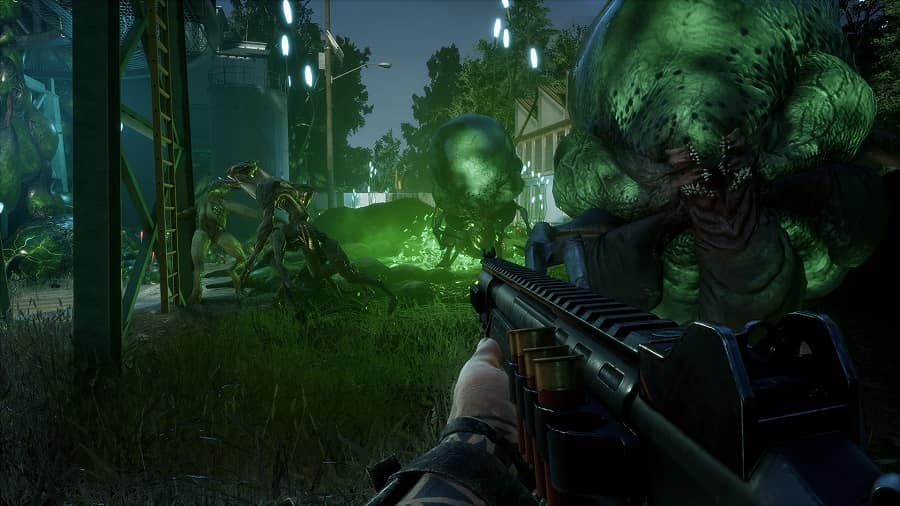 Across each of Earthfall‘s levels you might also stumble across 3D printers. These can be used to complement the weapons you find while travelling from location to location, allowing you to freely print a range of firearms. That’s perhaps one area in which Earthfall differs from Left 4 Dead; it’s much more content with providing you with an arsenal. There are melee weapons, but you’ll spend most of your time shooting.

We’ll have a review for Earthfall early next week, once we’ve put more time into the game and fully tested its online infrastructure. Until then though, It’s safe to say that we’ve very much enjoyed our time with it up to now, and are looking forward to spending more time with it. 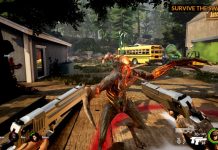