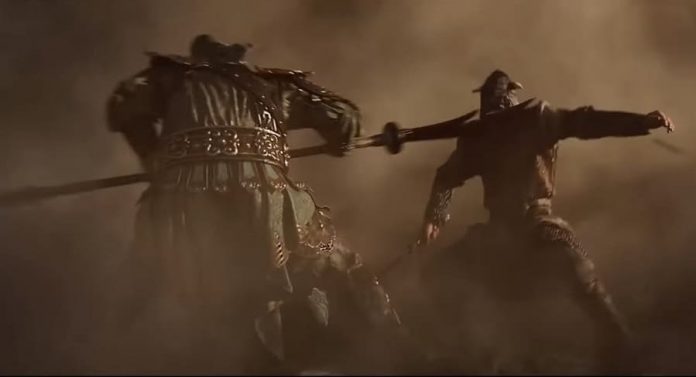 For Honor is making a comeback.

Like a Warden surrounded by four enemy players popping Revenge mode and letting fly with swinging overhead heavies, it’s not going down any time soon. For me, it started with the almost unexpected Season 6 update, Hero’s March, which showed the devs had no plans to stop improving the game any time soon. Following that, at E3, Ubisoft announced Marching Fire, a massive update (the largest to date) introducing 4 new playable characters (the Wu Lin faction, from Ancient China) and a new game mode (Breach), the long awaited Siege mode.

The most impressive thing about this announcement was it showed the developers have been listening to the players. For Honor has lacked an asymmetrical game mode, and players have been calling for a siege game-type since the very start. To see that realised, and in such a spectacular way, is quite humbling. Breach looks like it will deliver the excitement of Star Wars Battlefront’s Walker Attack game mode inside a medieval bloodbath. Furthermore, the introduction of a new faction, breaking the tradition of the original three, suggests that more factions could be added in the future. The whole game is being opened up, and I think we can expect to see more For Honor even into late 2019.

Marching Fire’s announcement caused an incredible upsurge in the game’s player base. Taking my figures from the Steam charts, post E3, For Honor’s numbers on PC alone have grown by over 89%, meaning the player base has nearly doubled in that time.

Sadly, the new update introducing the Wu Lin Chinese faction will not be coming until October 16th. However, for those disappointed they will not be able to re-create Helm’s Deep with added Shaolin Warrior Monks, despair not. Season 7 of For Honor is dropping August 2nd.

In this season, among the usual additions of Executions, Outfits and Ornaments, comes the long anticipated update of the Valkyrie and Warden. The Valkyrie has been been in need of a re-work for some time, as the updates to many other classes and the introduction of some of the new more technical classes such as Aramusha and Shaman, has left her behind. Unfortunately, details of the Valkyrie update are not yet known (there were some ‘leaked’ details, but the source is highly spurious).

There have been whispers, too, of a Warden rework for some time. People felt the awesome sequence at the start of the Marching Fire E3 trailer, where a female Warden takes on an entire battlefield of opponents, was a hint that the Warden rework was coming. Breach gameplay footage confirmed it, revealing some surprising new moves in the Warden’s arsenal, including an unblockable overhead heavy and a running attack.

I, as a Warden main, welcome these additions. For a while I’ve felt that the Warden needed some additional tools in its arsenal to compete with the expanding and ever-more-complex classes being introduced. The increasing complexity and depth of For Honor’s characters is a good thing; it shows the game is advancing. After all, a sure way to kill your game is to allow players to feel like there is nothing new under the sun. In that vein, one of the developers said that you would ‘need a PhD’ to play as the Shaolin Monk; his moveset is the largest in the game and he can combo off any move, chaining all his attacks for pretty much unlimited versatility. Now that the Warden will have additional moves (and a longed-for unblockable heavy), he/she might just be able to stand against that.

The updates for these two classes were confirmed in the Ubisoft Warrior’s Den in June. Reworks like this, although they force players to relearn what they know, are almost always for the better, because they go towards making the game fairer, funner and more balanced.