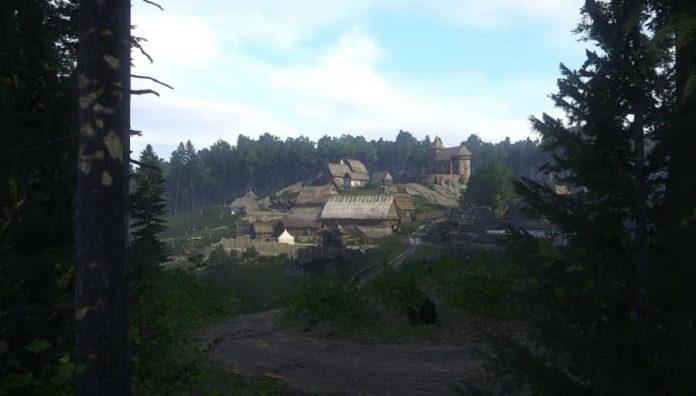 Aiming to make you more invested in your Kingdom Come: Deliverance experience, the first chunky piece of DLC for the game, From the Ashes, probably isn’t quite what you’d expect.

It doesn’t send you to faraway lands or task you with taking down a new threat; instead, it asks you to oversee the redevelopment of a plot of land. This isn’t the type of DLC that you access from the game’s title screen either; it’s woven seamlessly into the narrative, meaning you’re going to enjoy it the most via a new playthrough.

The From the Ashes questline becomes available when you’ve made reasonable progress in Kingdom Come: Deliverance‘s story. After liberating Pribyslavitz from bandits and Cumans in what is your first major battle, a pop-up appears letting you know that the DLC is now available. You can’t jump straight into redevelopment of the area though, you need to do some legwork first. 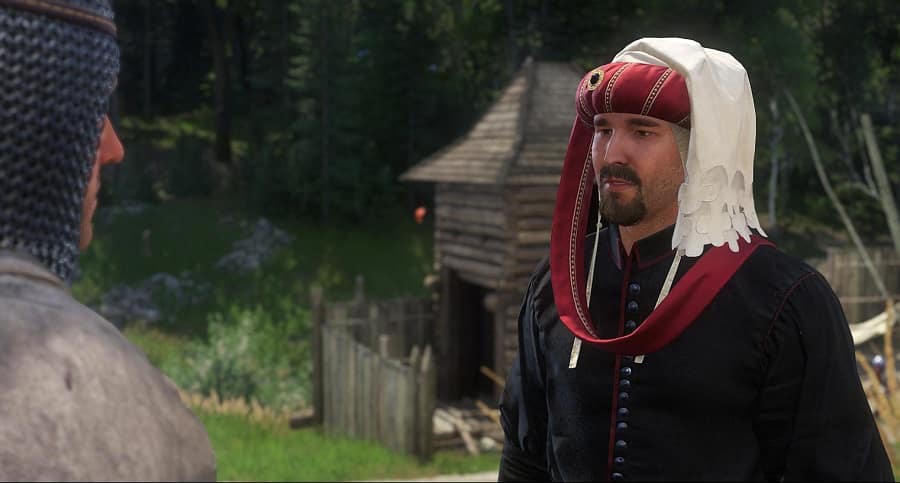 How you deal with the bandits is up to you – this wouldn’t be Kingdom Come: Deliverance otherwise – but once they’re out of the way you can finally make a start on turning a little hideout in the woods into something special. Impressed by your actions, Sir Divish chooses to make you the bailiff of the new town – which was a little awkward in my game as I’d just slept with his wife – giving you control of what’s built and when it’s built.

In reality though, you’ll find your development options rather limited. Each facility or building that’s available to you has prerequisites, which means that they need to be built in logical order. You can’t just build a tavern to get drunk in before anything else, for example. It makes sense, but it also takes away some of the freedom that makes the game so alluring.

The actual act of building things is a little disappointing too. You simply look at a book with all the redevelopment options to see what’s available to you, make sure enough groschen is deposited into the trunk that sits at the side of it, and then talk to the locator to get things started. You then simply walk to the location where the development will take place (you don’t get to choose), watch a cutscene, and that’s it, it’s built. 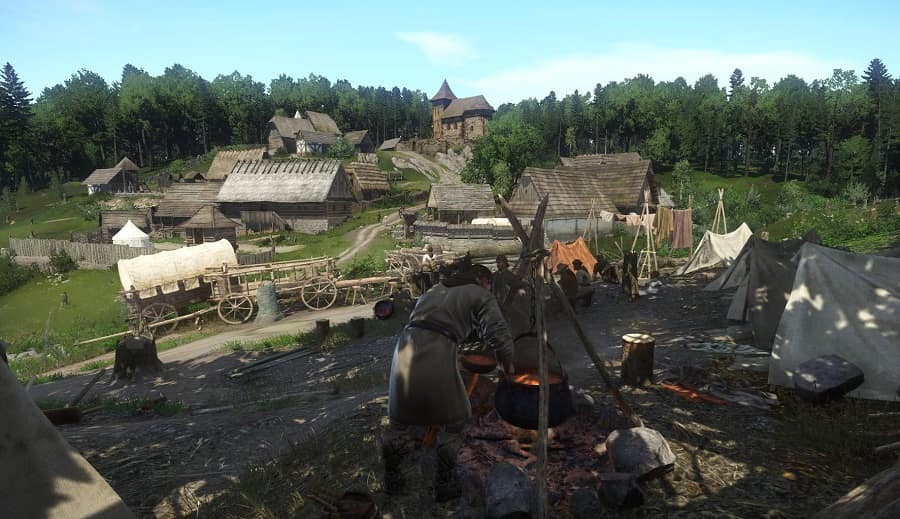 Abandon any preconceptions you have of From the Ashes being a town building and management sim, and you’ll enjoy it for what it actually is: an investment for you to sink your groschen into. You’re not going to be able to complete building the town as soon as the quest becomes available; you’re going to need hundreds of thousand of groschen, which simply isn’t going be possible at that point of the game. The redevelopment of Pribyslavitz is something best done bit by bit as you play through the game to completion, reaping the ever-increasing benefits as you go.

Of course, if you have already completed Kingdom Come: Deliverance you can access the From the Ashes DLC in the epilogue, but it’s likely to feel hollow. With the masses of groschen you’ve accumulated you’ll blast through development of the town and have little use of the benefits it brings; benefits like owning your own home, access to a wealth of vendors and a regular income. They’re helpful while you’re actively playing the game, but won’t draw you back if you’ve seen all that Kingdom Come: Deliverance has to offer.

Whether you should invest in From the Ashes then, depends on how far you currently are in the game. If haven’t yet freed Pribyslavitz I’d jump on it for the best Kingdom Come: Deliverance experience. It’s probably worth buying if you’re not far past that point too. If you’ve already completed the game and have no intention of playing though it again though, it’s probably best you give it a miss; you won’t really get anything out of it. From the Ashes simply enriches Kingdom Come: Deliverance rather than expanding upon it.

From the Ashes is available for Kingdom Come: Deliverance right now, and it costs £7.99/$9.99.