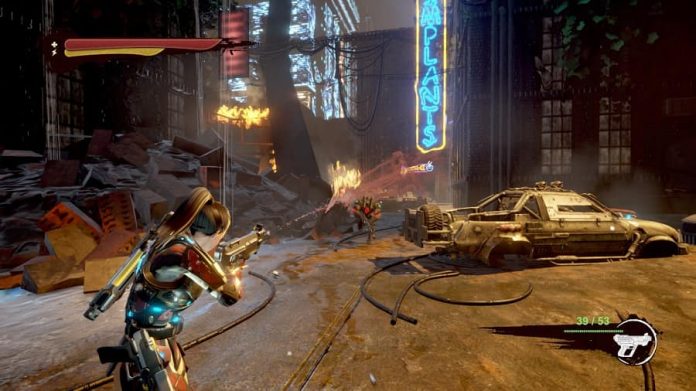 If you’re going to go up against the likes of Gears of War with a brand new third-person cover shooter, you’ve got to bring your ‘A’ game to impress.

To be honest though, when it comes to Deeli Network’s Gene Rain, I didn’t even really expect it to impress; I just hoped that it would have the basics nailed and provide a solid gameplay experience. But even with my lowered expectations it left me bitterly disappointed.

Gene Rain is a bad game. Its story is incomprehensible; I’m not sure if it’s just badly translated or if it was terrible in the first place, but you’ll quickly lose any interest in trying to make sense of it. Even worse than the story though, is the voice acting, which varies between sounding like it’s simply half-assed to as though the script has been fed into a text-to-speech app. It’s almost laughable in its awfulness. Almost.

Graphically, Gene Rain is mostly dull and uninspired. You’ve got power-suit clad soldiers exploring war-torn environments, but nothing’s particularly well designed except maybe the enemies. It just has the feel of a budget game, and that notion is also carried through to the game’s audio, which just doesn’t have the crispness that you’d expect of a modern day game. But hey, if you play the game on an Xbox One X you can make use of a high resolution setting to make everything prettier… which also reduces the framerate to a crawl. 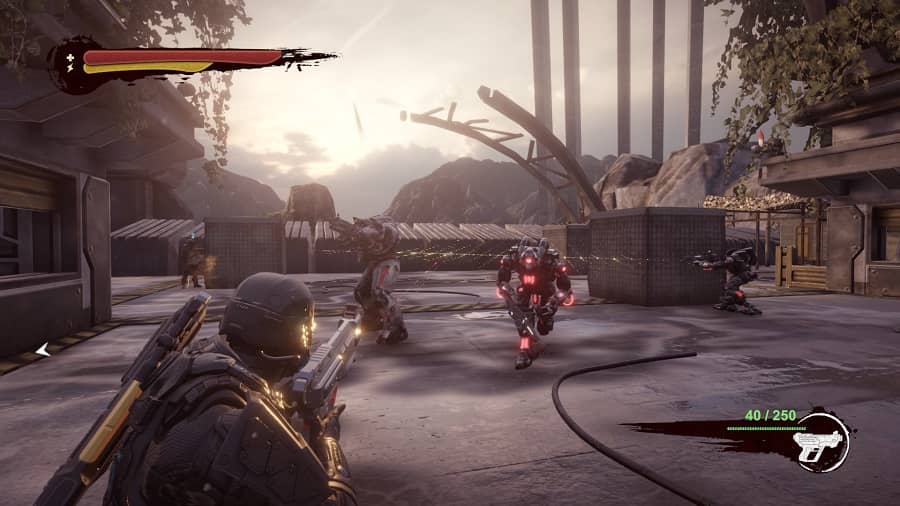 It’s Gene Rain‘s gameplay that really disappoints though. Movement is clunky, the control scheme is unnecessarily fiddly, and the cover system is temperamental. It’s just not that intuitive to play, which sucks the fun out of shooting robotic aliens and zombies (yes, it’s one of those types of games) in the face. Its only saving grace is that it has a decent range of weapons, some of which are fairly unusual. Oh, and you can upgrade them, which is always nice.

I’m not going to write an essay on why you shouldn’t entertain Gene Rain as I’ve already wasted enough time playing it; all you need to know is that it’s bad. Perhaps not as bad as last year’s Touhou Kobuto V: Burst Battle or 2015’s Yasai Ninja, but still bad. If you want to play a third-person cover shooter, stick to the Gears of War series on Xbox or the Uncharted series on PS4 for now. All of their entries are cheaper than Gene Rain, and they all offer many times more fun.

Gene Rain is available on PS4, Xbox One and PC. We reviewed the Xbox One version.