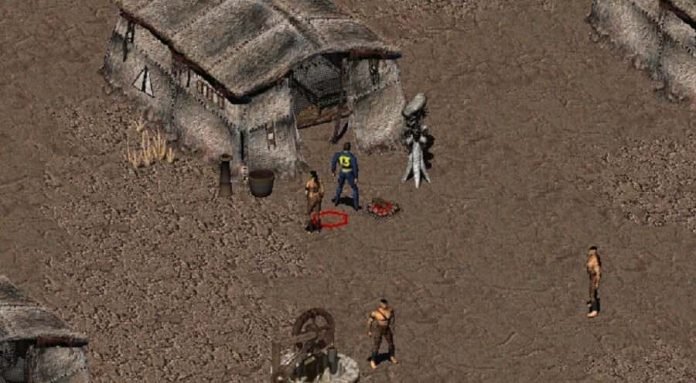 War never changes, but the Fallout franchise certainly has.

Since E3 and the announcement of Fallout 76, I have been on somewhat of a Fallout binge. I have been watching a hell of a lot of lore videos, catching up with Fallout Shelter and have been revisiting the Commonwealth wasteland of Fallout 4. At this point, my eyes might as well be replaced by Nuka-Cola bottle caps.

I have also returned to the original Fallout, developed by Interplay Productions, and Fallout 2, from Black Isle Studios. Released in 1997 and 1998 respectively, both games were published by Interplay Entertainment and are still available today thanks to GOG. I really got into these games in my university days and found myself increasingly compelled by their difficulty and old-school roleplaying that was on offer.

The original Fallout titles were RPGs. Not first person shooters/RPGs, but pure role-playing games in the traditional sense. If you were a bad shot then you would miss with your weapons; if you you had low charisma then you found it hard to talk to people and uncover quests, and you were just as vulnerable as everyone else around you.

While I love Bethesda’s take on the Fallout universe – Fallout 3 will always be one of my favourite games – a lot of the role play mechanics can be avoided if you are a crack shot. This is more evident than ever now the gun mechanics have been revised in the new engine. But in Fallout 1 and 2, there was nothing to help a terrible Vault Dweller kill those darn radscorpions. Fighting was hard and you really had to specialise your build in order to face the harsh wasteland. I admit you would still find it hard to clear a building without some preparation in the later games, but it would never be impossible. In Fallout 1 and 2, it certainly was impossible.

When Fallout 76 was announced I wondered, with no evidence to back up my sky-high musing, what a Bethesda-developed remake of the original two Fallout titles would look like. How great it would be for people to experience these great stories, characters and locations in a full 3D landscape! I personally would love to see The Hub redesigned in all its glory. While there is an argument to leaving it be and letting these games be a memory, a remake would undoubtedly get new people to experience the originals.

The only worry I would have would be how well the original role-playing elements would be replicated with modern mechanics – most importantly gun control. We have the V.A.T.S. system that is an attempt to bring some classic role-playing skill into Bethesda’s model – with higher agility, perception and luck, you are likely to shoot better. However, a skilled player wouldn’t need V.A.T.S. at all to achieve their goal. How do we nerf that player so they have to embrace the role-playing elements that made the original Fallouts so great?

Perhaps  damage mechanics could be played fully in V.A.T.S. That could work, but surely goes too far the other way. Instead, perhaps severe (and I mean severe – to match the difficulty of the originals) aiming penalties could be inflicted to players until they’re proficient with the weapon they are using. Until you have earned the skills, you’d have to endure drastically increased spray to the guns you use and recoil. You’d have less aim accuracy, and it’d take more time to swing with melee weapons. Basically, a modern Fallout 1 and 2 would have to feel like your character doesn’t know what they are doing. This will encourage you to either become proficient with these weapons or to explore alternative routes.

Hardcore role-playing was about making choices and doing the best you could with what you had. Your character’s abilities would impact their future choices, for better or for worse. I would love to see this come back in a Bethesda title, especially if it ever does remake Fallout 1 and 2. Go on Bethesda, you know you want to.