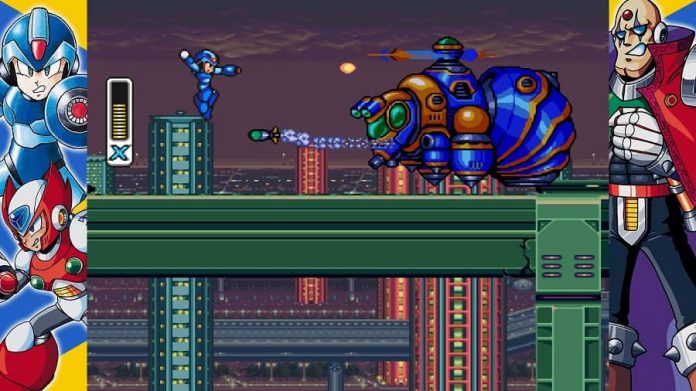 Controversial opinion: I don’t think that the Mega Man X games have aged that well.

With Mario and Sonic, even new gamers can boot up the original titles and feel some sort of magic. What’s more, there’s still nothing quite like them today. The old Mega Man games, on the other hand, now feel clunky, and games like the recently released 20XX take the formula and inject some new life into it. It goes without saying then, that I don’t think Mega Man X Legacy Collection 1 + 2 will be enjoyable for those who aren’t already huge fans of Mega Man. For those who are, however, it’s no doubt an essential package.

While the previous Mega Man Legacy Collections had save states and a rewind feature, you’ll find no such things in Mega Man X Legacy Collection 1+ 2. There is, however, a new Rookie Hunter Mode, reducing the damage you take from enemy attacks. In some titles you’ll find that you don’t instantly die when falling into an abyss, either. It goes some way to make what are otherwise extremely punishing games that bit more manageable. Even with Rookie Hunter Mode turned on though, none of these games are ever going to be a cakewalk. 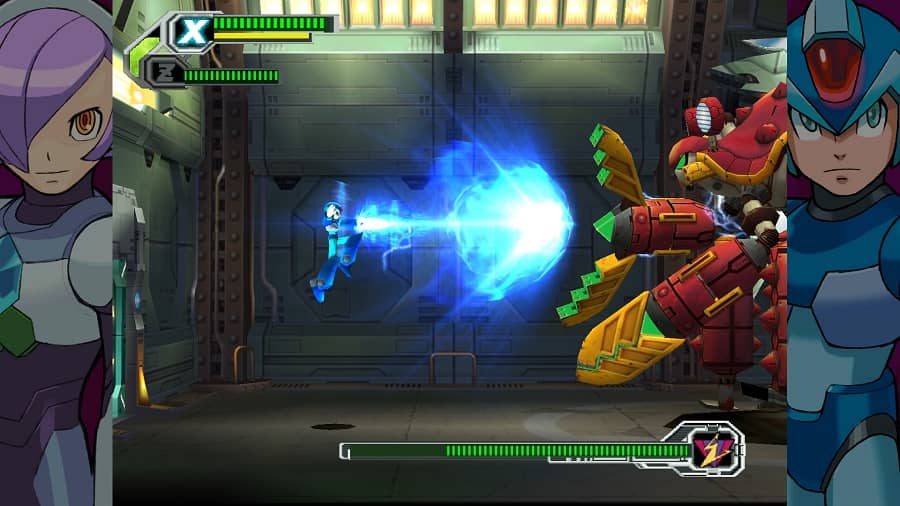 In true Mega Man fashion, these games throw everything including the kitchen sink at you. If you’ve played them before you’ll know what to expect and will have a bit of an advantage, but those new to them will find much of the experience to be a case of trial and error. The levels themselves aren’t so much of a test of skill, rather how familiar you are with them. The bosses that lie in wait for you at the end of each level, however, are the real challenge. To take them down efficiently you’re going to need to learn which weapons work best against them; weapons which you have to obtain by beating other bosses.

The Mega Man X games then, share a lot in common with the standard Mega Man games. There are some major differences though. The Mega Man X games are faster, have more mature stories, and allow for greater character development. As you play though these games you’ll need to make ample use of the new dash ability, as well as being able to wall jump. And let’s not forget Zero; in the games where you can play as him, his close combat abilities really change up the gameplay. 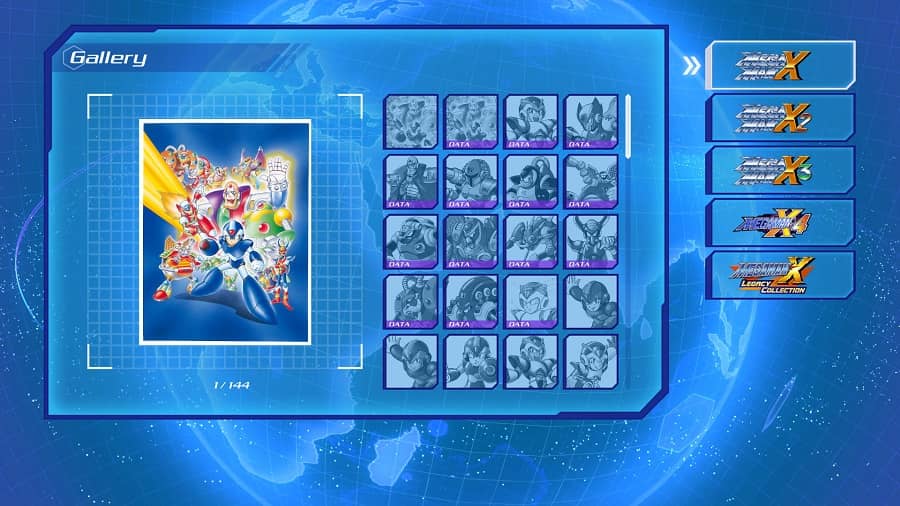 It should be clear that fans of Mega Man will find a lot to like about Mega Man X Legacy Collection 1 + 2. But you’re probably wondering what else there is in the package to sweeten the deal, and honestly, there’s quite a lot. Alongside typical features like being able to change the picture size and apply multiple filters, you’ll find that each bundle of games has its own museum.

Containing hundreds of pictures as well as product galleries, trailers and soundtracks for each of the games, Mega Man fans will be in their element exploring these treasure troves. Oh, and did I mention that you can switch between the American and Japanese version of all of the games? Yeah you can do that, too.

What will probably be of most interest to fans, however, is the inclusion of a brand new mode: X Challenge. Replacing the challenges found in the previous Mega Man Legacy Collections, X Challenge is a whole new creation that is essentially a boss rush mode. You’ll have to fight two bosses at a time, and each stage consists of multiple battles that must be completed in one sitting. Before each stage though, you’ll get to choose three weapons from an extensive pool to make your job a bit easier. But there’s one thing that’s really disappointing about X Challenge – many of its boss combinations are both the same in Mega Man X Legacy Collection 1 and Mega Man X Legacy Collection 2. 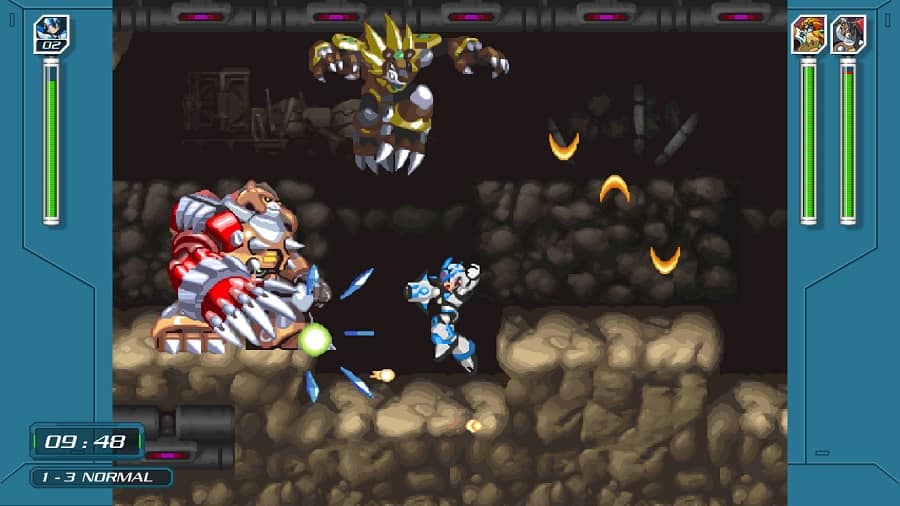 You’ll find yourself fighting the same duo of bosses with the same range of available weapons with frightening regularity. It’s a bit perplexing given the range of bosses and weapons available. But still, with multiple difficulty modes available, each bundle’s X Challenge mode offers a great deal of long-term fun, and sees Mega Man donning an exclusive outfit.

So, whether or not you should buy Mega Man X Legacy Collection 1 + 2 really depends on how much of a Mega Man fan you are. If you love the Blue Bomber then you’ll probably want to jump in with both feet; it offers eight games that will challenge and entertain you, a couple of extensive museums, and one new mode that offers a fun and lasting challenge. If you’re not already a fan though, there’s a good chance that the games included will have you scratching your head as to why they’re so highly revered. Though that’s not to say some won’t discover something special in them.

Mega Man X Legacy Collection 1 + 2 is available on PS4, Xbox One, Switch and PC. We reviewed the Xbox One version.