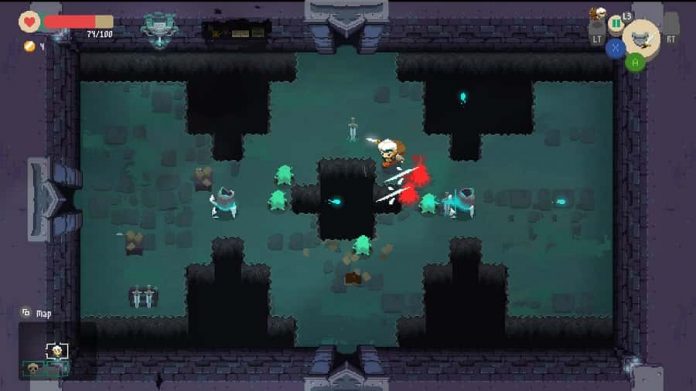 Have you played Digital Sun’s Moonlighter yet? You really should.

Kim recently waxed lyrical about it, and for good reason; it’s a mightily impressive game. And on PC, it has just gotten even better.

Moonlighter‘s first massive update, called the More Stock Update, has now gone live. Players reentering Moonlighter‘s world will be happy to find that there are over 100 new room patterns in its dungeons, along with some new threats. In addition, there are other surprises to be found and fancy new visual effects for enchanted weapons.

While it’s probably better to discover the new additions by simply booting the game up and playing, if you want to know all the nitty gritty details of what’s been added you can do so right here. And if you’ve picked up Moonlighter on PS4 or Xbox One, don’t worry; the update will be arriving on those formats in the coming weeks.