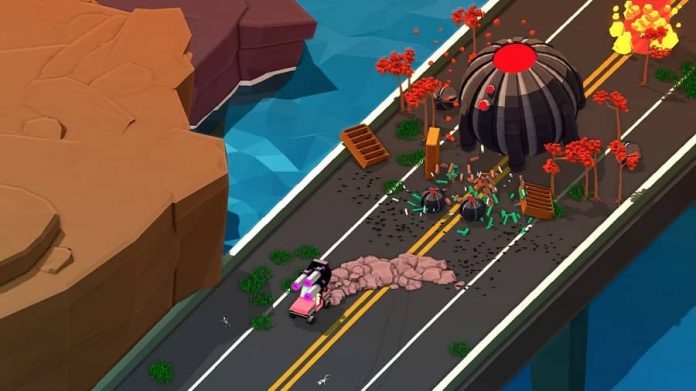 Part puzzler, part adventure, and all together memorable, Mugsters is an unassuming gem.

Developed by Reinkout Games and published Team17, Mugsters proves to be just as beautifully different as the other games pushed through the Team17 pipeline. Aliens have taken over the planet and enslaved humanity. Your job is to work your way through a series of puzzle/adventures taking place on different islands. You’ll be tasked with everything from collecting crystals to destroying robots and saving humans. One thing is certain, Mugsters takes every opportunity to show you that there is much more than meets the eye with this game.

A world of weird

Mugsters is composed of a homebase and a series of islands which house the challenges you must complete. Each island has three tasks that must be completed in order to proceed, and subsequently unlock the time trial for that given mission. The size and layout of the islands differ greatly from mission to mission, and I was never caught thinking something was too similar to the last.

The difficulty of those puzzles increase as time goes on, but arguably my favourite part about the game is how many different ways you can attack a certain situation. There is, usually, an easier way, but there never seemed to be one way. This feeling is increased when you fire up co-op, and let me tell you: Mugsters is surprise co-op sensation.

You are given no direction as to how the game works. Figuring out your controls, what does what, and the limits of the game world is all on you. That’s no bad thing; figuring everything out is fun and engaging. Picking up a barrel and hurling it a wall to see if it blows up, driving over my partner’s respawn tube to see if it’ll revive or kill him (it killed him), or seeing how much control I have over the plane I’m flying are all exciting mini-adventures to be had. Mugsters is so unhinged and wacky that it just exudes charm at every turn. The extremely minimal music design accentuates the ambient noise and loud explosions. Every mistake is loudly proclaimed. Each problem is proudly declared conquered. It’s a really, really fun game to play with a friend. 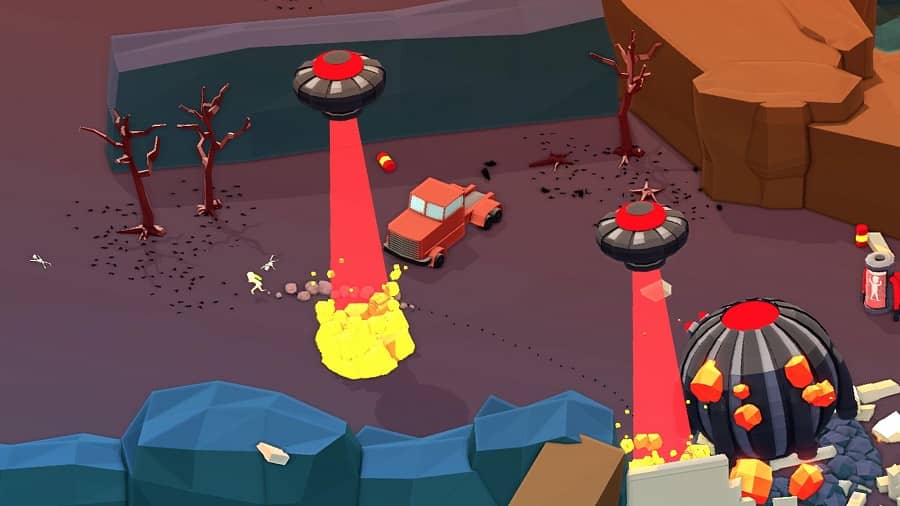 Sometimes, the physics in Mugsters get the best of you and at times it doesn’t feel like your fault. The driving, and especially flying physics, are extremely slippery and very sensitive. Your character will roll on the ground after almost every jump, no matter the distance, which causes some issues later on when you’re trying to land on a specific object.

Apart from the physics troubles, it’d be nice to be able to do some more co-op focused actions during play. Like picking each other up or throwing your partner. But, admittedly, what is there for you to use isn’t bad. I simply feel Mugsters could benefit from a wider range of abilities, which in turn could allow for some much more complex puzzle/island designs in (hopeful) future content. 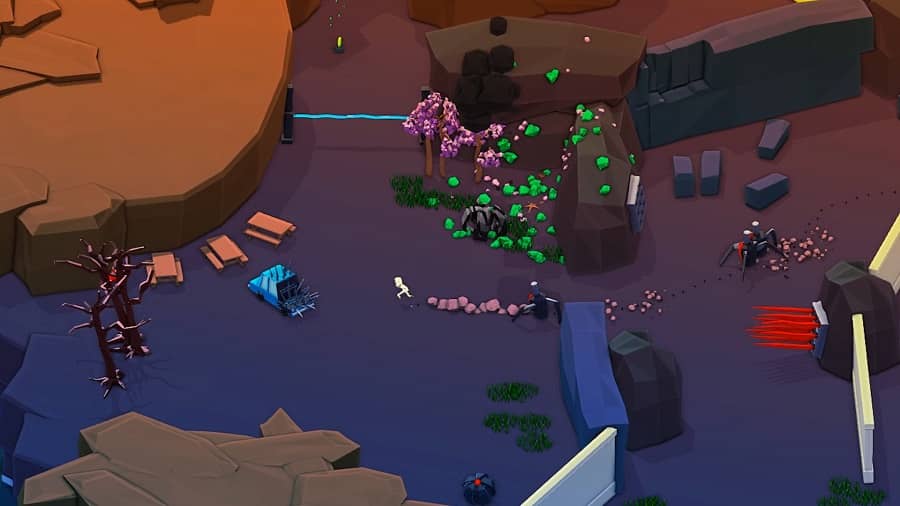 Saving the planet sure is fun

The simplistic approach and attitude of Mugsters hides its sophisticated and engrossing level of gameplay. It’s hard to align it with any other game, but I suppose that’s just another compliment. The puzzles are deceiving, yet not unfairly so. The amount of content is enough to keep you engaged for a good while. The amount of enjoyment to be had is only multiplied when played cooperatively. Mugsters is crafted in such a precise way that it’s hard to find a loophole. I felt like every time I fired it up, I was learning a new trick, or figuring out I could push the boundaries even further.

If you’re looking for something different, regardless of genre, I honestly think Mugsters is worth a look. Even more so if you and a friend are itching for a new co-op game to play. Sure, it’s not going to keep you busy for months on end, but it’s going to be enjoyable and memorable whenever you do decide to jump in. Plus, you always have the time trials if you’re keen to test your effectiveness.

Small games from smaller studious continue to amaze me with their effortless charm and unbound creativity, and Mugsters is easily one of those games. I’ll be sure to go back and save every last human, no matter how many cars I have to blow up to get it done.

Mugsters is available on PC, PS4, Xbox One and Switch. We reviewed the PS4 version. 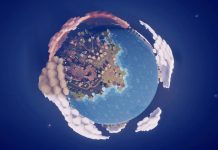