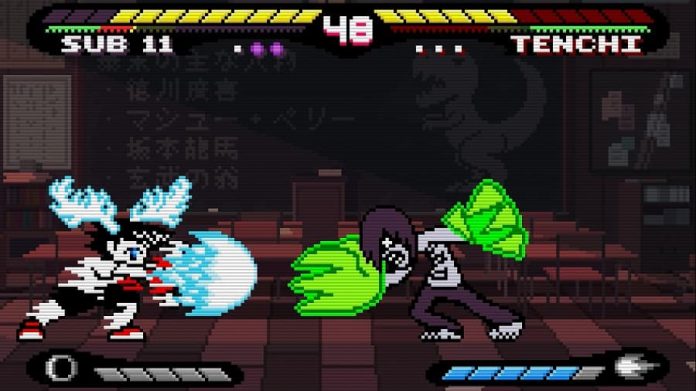 Good things come to those who wait. Or at least that’s how the saying goes.

I remember Pocket Rumble being announced for Nintendo Switch before the console was even launched; that’s more than a year ago now. And like many, I didn’t think it would be that long until I could get my hands on it. But then the wait began. In all honesty, the wait was so long that I thought Pocket Rumble might have been quietly cancelled, but then out of the blue – BLAM! – it’s finally available. But was it worth the wait?

Available at the low price of just £7.99/$9.99, Pocket Rumble packs a lot of punch. Alongside the obligatory versus, training, and online modes, it has something that many AAA fighters seem to leave out these days: an arcade mode. But that’s not all, it’s also got a Lessons mode, enabling you to get to grips with each of the game’s characters, and a career mode for long-term offline play. As far as fighting games go, Pocket Rumble‘s offerings aren’t too shabby.

Better than the game’s assortment of modes, however, is Pocket Rumble‘s lineup of fighters. Eight combatants make up the roster, and they all just ooze character. From the creepy Subject 11 to the cool-looking Hector, there’s a fighter to appeal to everyone, and each and every one of them feels unique. While Pocket Rumble has been designed to look like a Neo Geo Pocket game, it doesn’t get in the way of each fighter having their own distinct style, and their wonderful animation is just the icing on the cake. 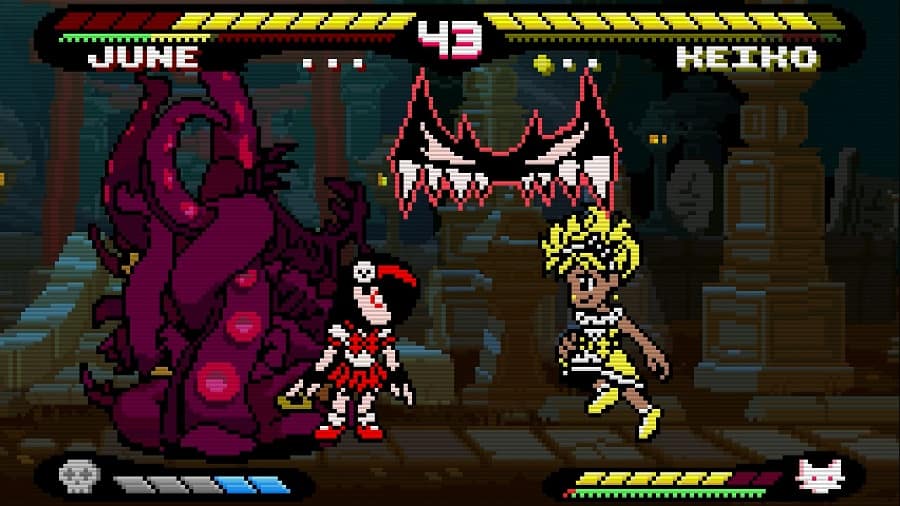 It’s each fighter’s assortment of special moves that separates them from each other though. Sure, you’ve got your typical Ryu-alike with his fireballs and rising uppercut, but other characters are much more imaginative and interesting, like June with her strange paranormal abilities. And performing special moves in Pocket Rumble is easier than in any other fighting game before it. You simply hold any one of the two attack buttons while pressing down-forward or down-back with the analogue stick or directional buttons.

Simplicity and accessibility lies at the heart of Pocket Rumble. It’s a fighting game streamlined with the aim to make it attractive to beginners. The difficulty of the CPU when playing in any of the game’s offline modes betrays this ethos though. The fighting in Pocket Rumble is fast-paced, and the CPU takes no prisoners. What’s worse is that you can’t adjust the difficulty of the CPU, either; you’re stuck with it kicking your arse until you really up your game. Or until you discover you can usually succeed by simply repeating the same special attack over and over again. 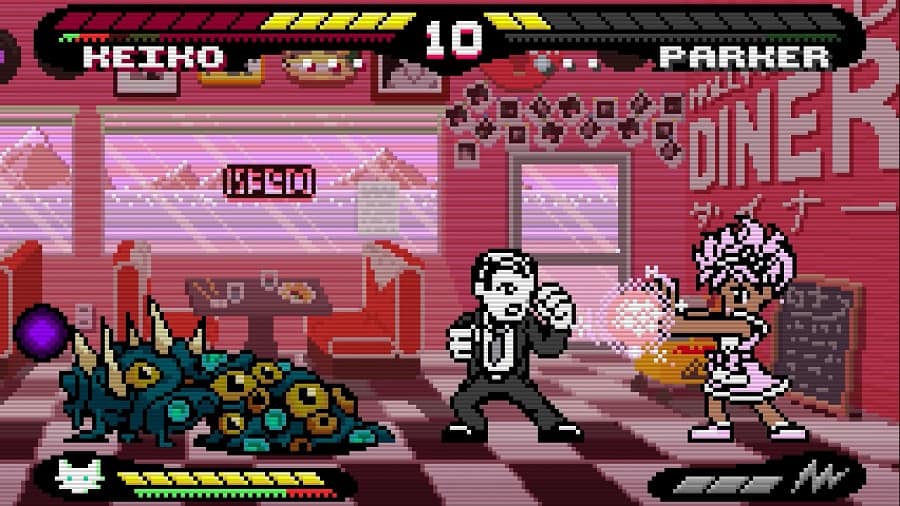 A drawn out victory

While I appreciate Pocket Rumble‘s simplicity, I do wish there was an option to use standard fighting game controls to perform special moves. I’m used to performing quarter circles to throw fireballs; for someone like me, performing special moves in Pocket Rumble feels unnatural and fiddly. There’s also an issue with the game’s balance. Some characters certainly feel like they have an advantage over others due to their extended reach and superior special moves.

There’s nothing wrong with Pocket Rumble that can’t be easily fixed with a patch though, and as the game is still in Early Access on PC, I’m sure there will be some tweaks to come. Even though the CPU is a challenge without resorting to cheap tactics, Pocket Rumble is still fun to play offline thanks to its fantastic characters. It really shines when you’re playing against other people either offline or online, however, with the latter working flawlessly.

So, was Pocket Rumble worth the wait then? Yes, I think so. It’s one of the best fighting games available on Nintendo Switch even with its issues, and it’s yours for a bargain price. If you want a fast-paced fighting game that has got huge amounts of character, you really can’t go wrong.