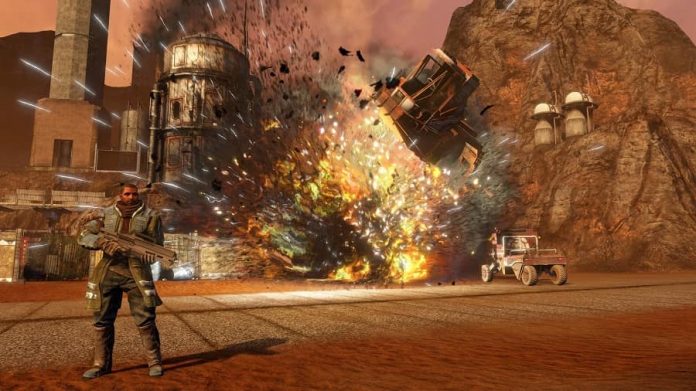 No game does destruction quite like Red Faction Guerrilla.

When it was released back in 2009, Red Faction Guerrilla‘s destruction was revolutionary. Now, nearly 10 years later, it’s somehow still unmatched. And what’s even better is that thanks to Red Faction Guerrilla Re-Mars-tered, you can enjoy it with even more visual splendour.

While Red Faction Guerrilla Re-Mars-tered is a free upgrade for those who own the original game on Steam, PS4 and Xbox One owners will have to part with cash to play it. Considering just how much gameplay there is crammed into the package, however, it’s worth it. And if you’ve got a PS4 Pro or Xbox One X, you’ll find that it takes good advantage of their extra horsepower.

I played Red Faction Guerrilla Re-Mars-tered on Xbox One X, and it really does look sharp. Word of advice though; prioritise the framerate over resolution in the game’s settings. There’s very little visual difference yet a massive gulf in performance. I found aiming a bit tricky when playing at 4K as it seemed to introduce some lag. Prioritising 60 frames per second cleared it all up though, massively enhancing the experience. 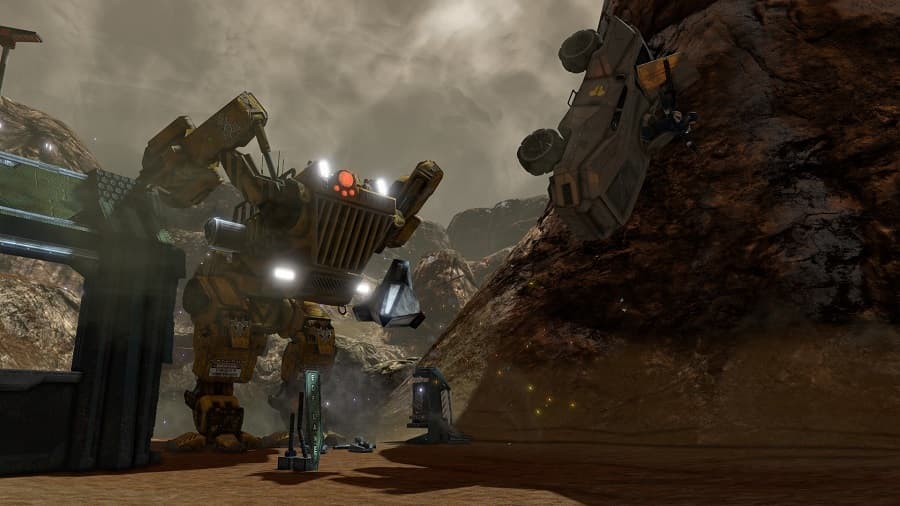 Red Faction Guerrilla‘s main event is its campaign mode, which is your typical open-world affair. Well, I say typical, but what other game allows you to destroy pretty much everything? That’s right, none. Destruction lies at the heart of Red Faction Guerrilla, which means that a huge majority of the game’s content revolves around it. Even when main story missions have you rescuing civilians, searching areas or shooting bad guys, there’s usually plenty of collateral damage along the way.

Progression through Red Faction Guerrilla is driven by your ability to reduce the control that the oppressive Earth Defense Force has on various sections of the game’s map. Destroying their buildings is one way to do that, with numerous high value structures marked on your map for your convenience. Some of them will be heavily defended though. You can also complete a multitude of Guerrilla Actions, assisting the Red Faction in a number of tasks which will raise their morale while also diminishing EDF control.

Unfortunately the missions and Guerrilla Actions begin to feel quite repetitive before you’ve put a massive dent in the game. It doesn’t help that there’s little visual variety as you progress across Mars. But blowing stuff up and reducing things to rubble thankfully never gets old. You’re given access to yet more ways to cause havoc as you progress, too. From rocket launchers to giant mechs, there’s always something new to try. And rarely does anything fail to put a smile on your face. 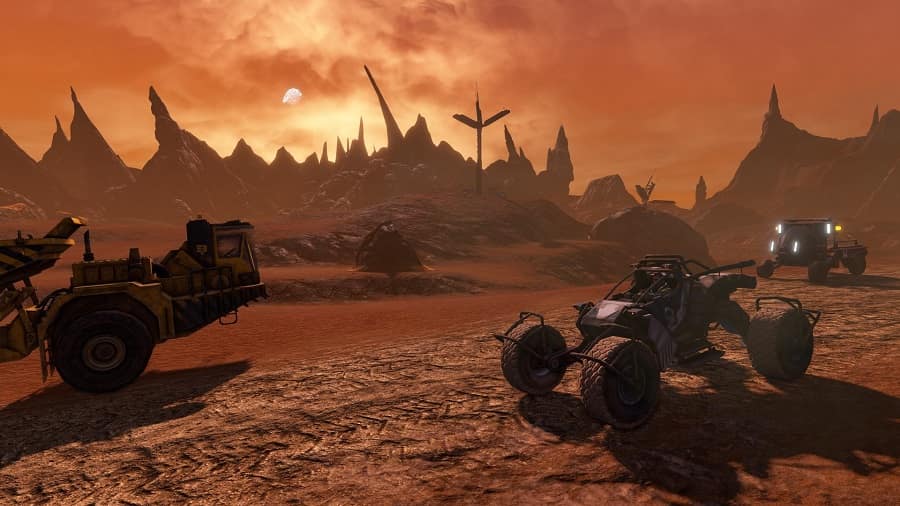 The destructive fun doesn’t have to end with the main campaign, either. Red Faction Guerrilla Re-Mars-tered includes the original game’s multiplayer modes. The highlight is undoubtedly Wrecking Crew, which allows local players to take it in turns to cause as much mayhem as possible under multiple rule sets. Honestly, it’s an absolute blast. There are also your standard online multiplayer offerings such as Deathmatch, alongside game types that make good use of the game’s destructibility. How easy it will be to reliably find online matches, however, remains to be seen.

Rounding out the package is the inclusion of the original game’s expansion, Demons of the Badlands. A prequel to the main game, it provides you with a smattering of extra missions and weapons, but that’s about it. Still, for those wanting more of Red Faction Guerrilla‘s explosive action, it gets the job done. 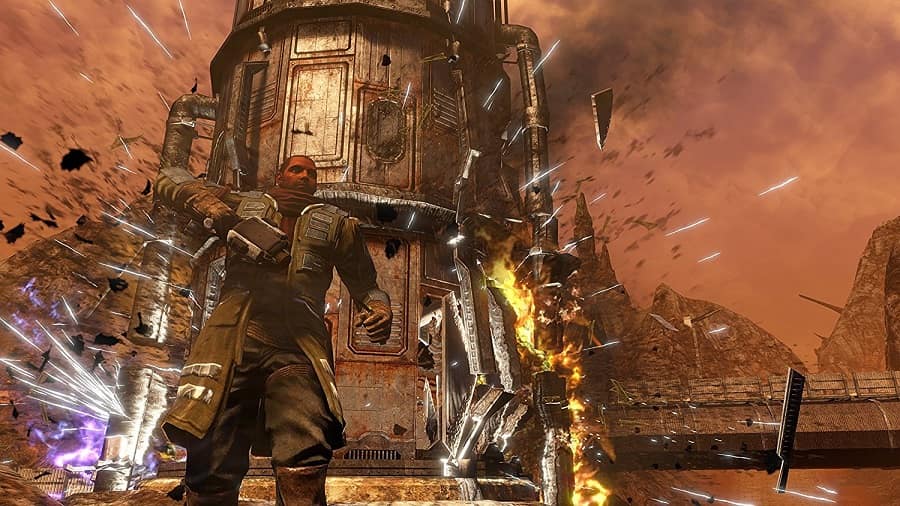 Polished, yet still a little rough

While Red Faction Guerrilla‘s performance and visuals have been finely polished in this re-Mars-ter, its gameplay is still a little rough around the edges. Gunplay isn’t that much fun, for instance; I found myself hitting enemies with my trusty sledgehammer where possible. Making your way through rubble after toppling a building can be problematic too, but it has to be done to collect any valuable scrap. The fact that you can just walk though a building in a mech or drive through walls with a truck makes it ever so appealing though.

Red Faction Re-Mars-tered is available on PS4, Xbox One and PC. We reviewed the Xbox One version. 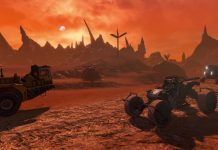 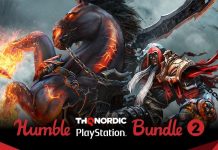 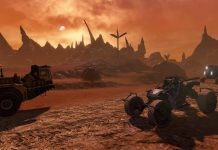