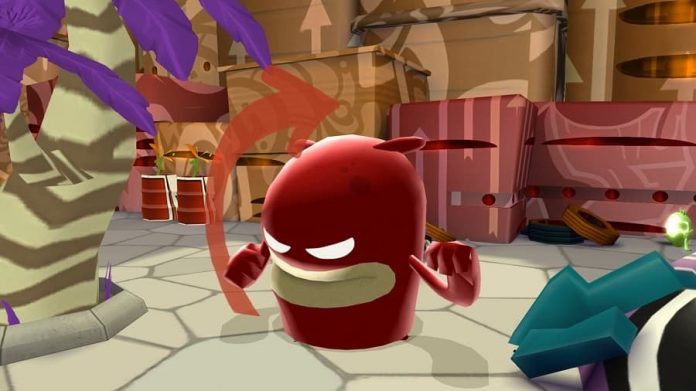 Years before Splatoon had players spraying coloured ink to claim territory, there was de Blob.

Originally released in 2008, de Blob had players take control of a clear blob of liquid. In a world drained of colour by the evil INKT Corporation, de Blob, also the name of the player character, had the unique ability to restore colour to everything that he touched. Though he first needed to absorb paint in order to be able to do so.

A blob of fresh air

Ten years ago, de Blob was a breathe of fresh air. Essentially a 3D platformer with puzzle elements, it was bright, energetic and unique. Then, when it got remastered for PC, PS4 and Xbox One last year, it was clear that it was destined to be somewhat of a cult classic. And now, it’s available on Nintendo Switch.

On Switch, de Blob performs admirably. Even in portable mode its visuals are sharp and its performance is solid. It’s quite an attractive looking game too, or at least it is when you’re doing your job right.

You see, each and every one of de Blob‘s levels initially starts out devoid of colour. In order to bring life back to them, you need to collect paint pots and then roll into objects like buildings and trees to give them colour. And of course, you’ll score points for doing so. It’s not all plain sailing though; along the way, you’ll also have to avoid hazards like black goo, water and INKT soldiers.

Levels have to be completed against the clock, and in order to gain more time it’s wise to complete the many challenges that are presented to you as you explore. Ranging from easy to hard, these challenges will generally require you to paint objects a certain colour, and to do so you’ll need to mix the correct paint pots. Collecting yellow and blue paint pots will make you green, for example. While collecting red, blue and yellow paint pots will turn you brown. It’s simple stuff. 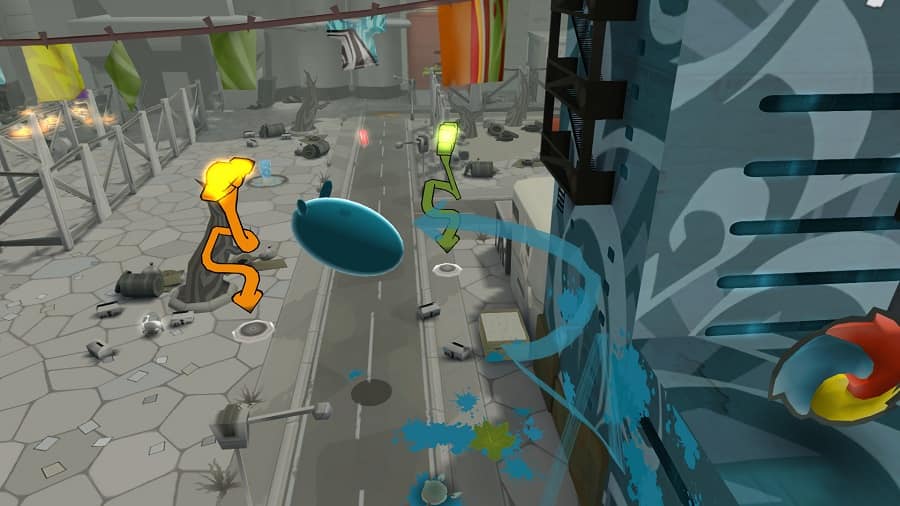 With numerous areas in each level, each one gated off until you’ve scored enough points, de Blob is a game that starts out quite easy but slowly ramps up the challenge. It always remains fun though, and there’s a generous amount of content. Once you’ve made your way through the game’s decent sized campaign, you can play any level in free paint mode. There’s also split-screen multiplayer for up to four players, with a variety of game modes including paint match and blob race.

But as wonderful as de Blob is, it does have some issues. Some will find it overly repetitive, for instance. While others will find its camera and controls a little unwieldy at times. de Blob can often feel like he’s working against you, gravitating toward pools of black goo and failing to roll up buildings when other times it’s not an issue. For the most part though, you’ll have a pleasurable time.

de Blob is a prime example of a game that has stood the test of time because of both its simplicity and originality. Its gameplay is timeless, its humour tickles the young and the old, and its soundtrack is both dynamic and infectious. This Switch port still doesn’t address the game’s camera or control issues, but they’re worth working through to enjoy an experience that rarely fails to put a smile on your face.

de Blob is available on PS4, Xbox One, Switch and PC. We reviewed the Switch version. 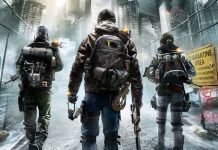