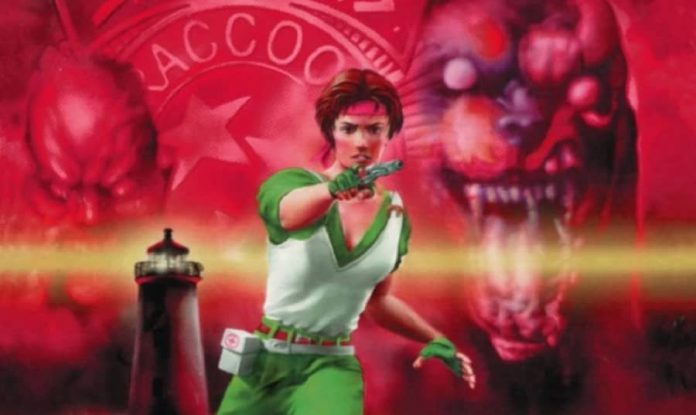 Given how popular the Resident Evil series is, it was no surprise to learn it has its own spin-off book series.

As a huge fan of the series I read through the books as quickly as I could. I was around fourteen or fifteen when I first discovered them. I remember begging my parents to get me the next novel in the series because I’d finished the previous one in only a few hours. Actually, the book store was pretty far away so I probably finished half of it just on the ride home.

But for how much I love them, I’m surprised that I’ve never met anyone else who’s read S.D. Perry’s books. (Even GameSpew’s own self-proclaimed RE superfan Robert Gammon has never read them. Insert audible gasp here.) The fact of the matter is, these novels are underappreciated. They provide the reader with a look inside the mind of not only the S.T.A.R.S members but other beloved characters like Leon Kennedy and Claire Redfield. The books also introduce brand new characters that seamlessly fit into the universe. If you enjoy Resident Evil as much as I do, then S.D. Perry’s books really ought to be on your radar.

The very first Resident Evil is my favourite of the series. Well, the remaster which originally released on the Nintendo Gamecube. The setting of the Spencer mansion makes you feel claustrophobic within the first hour; it always seems as though something is going to come at you from around every corner. Perry does a fantastic job of translating this to paper. Not only is the setting terrifying, but in the novels, you actually get to read what these characters are thinking during those moment of action, stress, and drama. You’re privy to Jill’s first reaction to a zombie for example; or Albert Wesker’s thoughts as he blackmails Barry Burton in betraying his fellow S.T.A.R.S. The books are a fantastic way to see the games from not only a more detailed perspective, but a brand new one.

And all of the novels are that way. They follow the storyline of each game precisely with very few added details. Many of the events that don’t happen in the games you’d barely notice were embellished because they fit alongside the plot seamlessly. For example, the addition of the character Trent. He’s a mysterious figure who helps multiple members of S.T.A.R.S and others, showing up randomly at opportune moments. The character adds an extra bit of mystery to the novels, and fits well into the peculiar world we’re already used to in Resident Evil. 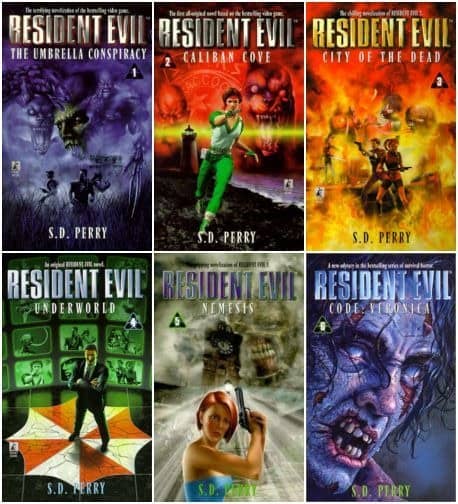 As I mentioned, Perry’s Resident Evil series also includes two original books, Caliban Cove and Underworld. Both books are a fantastic addition to the series, and Caliban Cove actually happens to be my favourite.

Caliban Cove is based only a few days after the mansion incident from the first game. Raccoon City is in a panic about the incident and, naturally, Umbrella blames the entire incident on the S.T.A.R.S. In the end, the S.T.A.R.S members are outlawed, forcing Jill Valentine, Chris Redfield, Rebecca Chambers, Barry Burton, and all surviving S.T.A.R.S members (the trustworthy ones) to “go underground” to avoid the public eye and, more importantly, Umbrella. When a rumour is spread that there is an Umbrella facility hidden in Caliban Cove, Maine, ex-S.T.A.R.S member David Trapp (a new character) enlists the help of Rebecca and some others to sneak into the facility, find proof of Umbrella’s experiments, and get out.

The second original novel, Underworld, takes place after the events of Resident Evil 3: Nemesis. Leon Kennedy, Claire Redfield, and the surviving members of the Caliban Cove team are headed to Europe to meet up with Jill, Chris, and Barry when the mysterious Trent forcefully changes their course. Trent wishes for the team to infiltrate a known Umbrella facility in Utah, where a codebook is hidden. This codebook is said to contain codes that could wipe Umbrella off the map once and for all.

Both of Perry’s original novels give fans of the series a chance to see some of their favourite characters in a different scenario unavailable elsewhere. They don’t do anything to impact the characterisation of the cast established in the games; nor do they tamper negatively with the Resident Evil timeline. In fact, they fill in holes between each of the video games particularly well. They give fans the opportunity to see what may have been going on with the characters during those times.

S.D Perry’s novels cover Resident Evil Zero to Resident Evil 3 as well as Code Veronica and her two original novels. Seven novels in total. I highly recommend picking them up if you’d like a chance to see into the minds of the S.T.A.R.S members themselves, a detailed look into Raccoon City and the Umbrella Corporation, or would just like to learn more about the Resident Evil franchise. You won’t be disappointed.