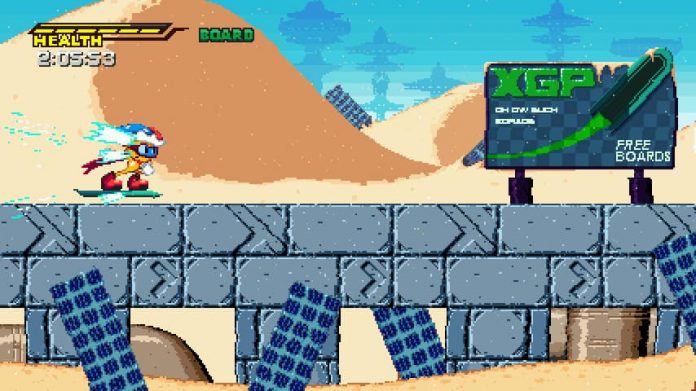 If you’re a PC gamer and Sonic Mania has revitalised your interest in classic 2D Sonic games, Spark the Electric Jester is a game you should definitely check out.

Released in April 2017, Spark the Electric Jester recently received an update that breathes new life into the title. And honestly, while at first glance looks like a shameless Sonic the Hedgehog ripoff, it’s actually much more than that.

There are some similarities. Spark himself looks like he’d fit right alongside Sonic in a game, and the environments that he traverses are also very similar in design. The game’s presentation is also reminiscent of classic Sonic games, and Spark is capable of running at great speed. And let’s not forget the music, which is enjoyably Sonic the Hedgehog-esque. That’s about where the similarities end though.

You see, instead of rolling into a ball to smite his enemies, Spark uses a range of weapons. He’s also capable of charging up a ranged projectile attack that can be fired in any one of four directions. And that’s just in his base form. As you make your way through each one of Spark the Electric Jester‘s stages you’ll find various outfits, and by equipping them you’ll give Spark a whole new range of abilities. 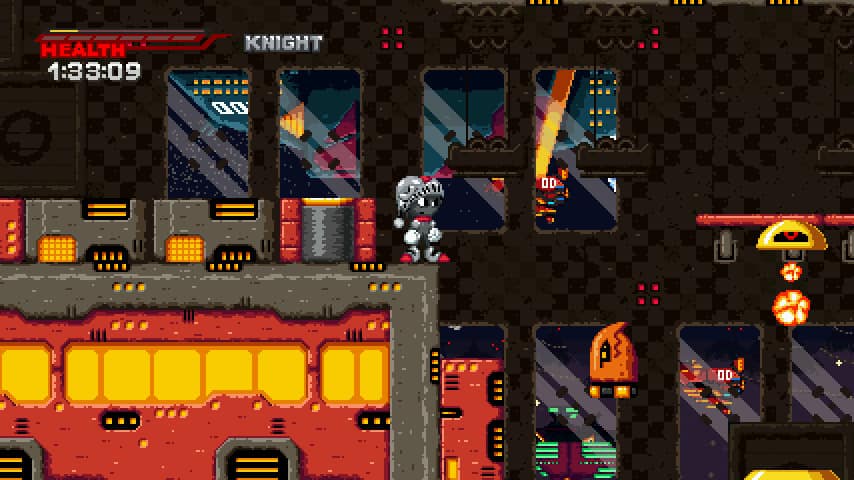 Putting a spin on things

Turn into a knight, for example, and you gain access to a powerful lance attack, while becoming a wind jester enables you to jump multiple times in the air. The good thing is that whenever you discover a new outfit you get to keep your previous one in reserve, and with the press of a button you can switch between them. Suffice to say, savvy gamers will soon find which two outfits work for them, and try to keep hold of them for as long as possible.

Another way in which Spark the Electric Jester differs from a Sonic game is that there are no rings. Unlike Sonic, Spark has a health bar, which can be topped up when you’ve taken damage by collecting energy cells. You’ll be thankful of this when battling the game’s bosses, the smaller of which are often keen to fight toe-to-toe with you.

On normal difficulty you’re likely to find Spark the Electric Jester a little on the easy side. The latest patch introduces a hard mode though, in which Spark has less health, enemies do more damage, and bosses have more attack patterns. If you’re after a challenge, it certainly offers one. The game offers plenty of longevity outside of its hard mode too, thanks to numerous unlockable modes including challenge and time attack. 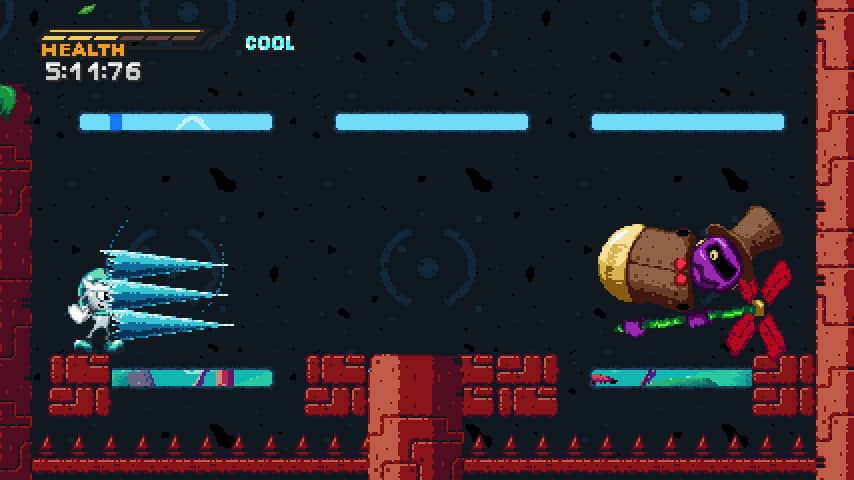 Perhaps the only thing that really lets Spark the Electric Jester down is its performance. The developer has battled to eradicate the game’s framerate problems but some still persist. Many have found ways around them though, and if you do decide to pick up the game there’s plenty of help to be found in Steam discussions if you have any issues.

As a Sonic the Hedgehog fan, Spark the Electric Jester does nothing but impress. It takes everything I love about about the speedy blue hedgehog’s best games – the speed, the music, the presentation, and even the level design – and adds its own spin. You can tell that it’s a game made with passion, and with its likeable protagonist it’s hard to not lower your defences for it. If you’re after a game to play once you’re done with the excellent Sonic Mania, look no further than Spark the Electric Jester.

Spark the Electric Jester is available on PC.