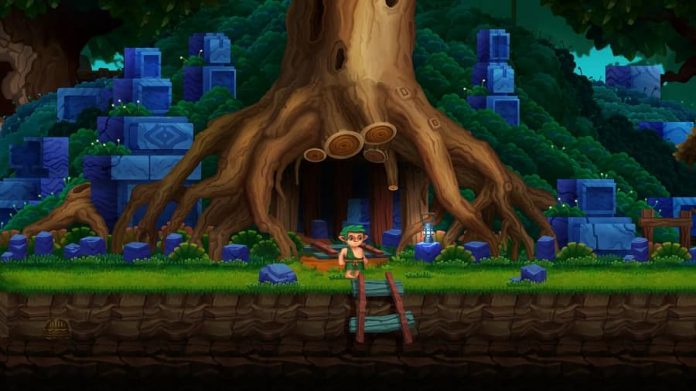 The Path of Motus has a message. I’m just not sure who it’s for.

At first, I was convinced that The Path of Motus was aimed at kids, since this cutesy platformer meditates on a number of child-relevant subjects including bullying and loneliness. It follows the tale of an isolated young goblin, the titular Motus, who leaves his village determined to prove himself by passing through a dark forest. Along the way you find yourself being assaulted by enemies who use actual floating words to kill you, though you have the questionable ability to murder them by shouting back.

True, it’s hardly subtle, but for the first twenty minutes or so, The Path of Motus is reasonably entertaining. The game has a suitably chilled soundtrack and it’s pleasingly reminiscent of old-school Amiga platformers such as Jim Power and the like. There’s not a lot of story exposition, but the few dribs and drabs you get, in the form of letters, are honest enough. But hit the 30-minute mark and you’ll find yourself battling against a game that seems to hate you to the point that most right-minded children would have abandoned the quest and headed off to play Fortnite instead.

It’s not that The Path of Motus is hard in the same way that Dark Souls or other similarly demanding games are hard. The game periodically has you tackling puzzles which involve drawing lines between a number of nodes, so that each node has a specific number of connections. Those puzzles are a little tough, but they’re actually genuinely rewarding to complete; so much so, that I’d happily play a game comprised of those puzzles and nothing else. (You can! They’re called Hashi – ed.) Though I suspect many of them would be too difficult for younger players. 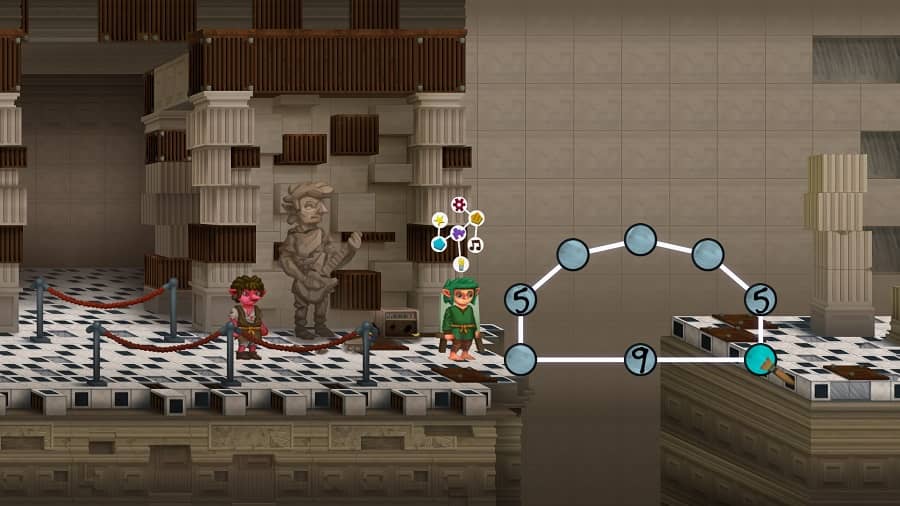 Rather, it’s The Path of Motus’s platforming elements that turn it from a pleasant outing into an patchy trial. During the course of its two hour length I must have burnt through three hundred lives, the game’s one concession to its difficulty being that you rematerialise on the same screen. Your foes are recoloured versions of the same goblin sprite; defeating them requires you to change the colour of your words to match theirs. On paper, that sounds like an intriguing mechanic. But you’ll often find yourself surrounded by two foes, both of whom can change the colour of their attacks, luck being the chief factor in your survival.

Respawn to be wild

Then there’s the baffling decision to have some foes respawn. I’m not generally a fan of respawning enemies but there are times when, used appropriately, they can elevate a game. The Path of Motus, however, has some enemies that respawn immediately. And I do mean immediately. As soon as you’ve killed one, another falls from the top screen; keep killing them and they keep dropping. There are occasionally ways to bypass these respawning enemies but more often than not you just end up jumping and spamming the attack button, dying repeatedly until you get past.

It’s not just the The Path of Motus’s annoying enemies that bring it down, either. About halfway in, the game introduces trap platforms which disappear the moment you step on them (with no delay) and therefore must be avoided. Except that these platforms look identical to the safe platforms; there is no discernible way of telling that you will plunge through them to your doom. 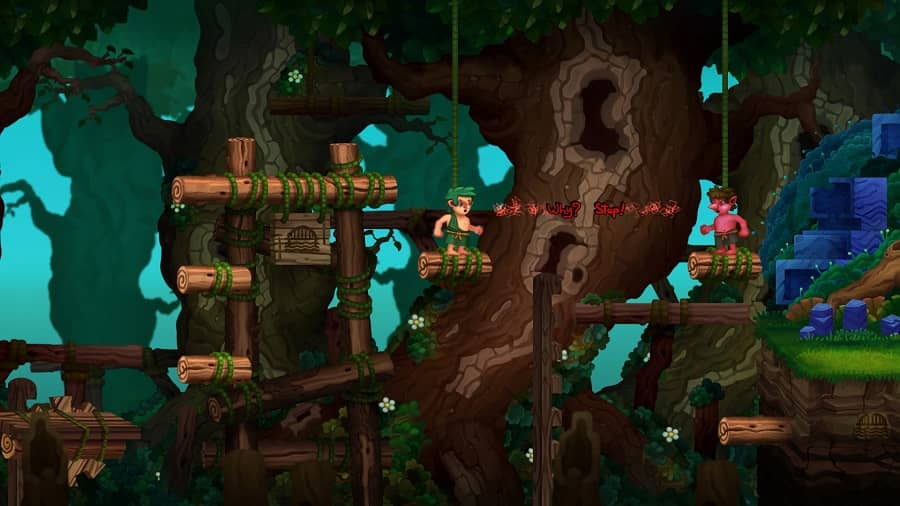 And yet – there may be an absurd logic to the game’s ridiculous difficulty. One of The Path of Motus’s messages is about the important of perseverance; there’s even a bizarre moment when you’ve got someone whispering “give up” in the background. I do wonder if the designer intentionally made the game this difficult to make a point about hard it can sometimes be to push onwards. But, well meaning as he may have been, it still seriously undermines the game’s playability.

The Path of Motus has its moments and as you wander along you will catch some glimpses of excellence. There’s a couple of points in the game where you are given control of two characters and end up swapping them around, using one to shield the other from enemy attacks. It’s a great diversion from the game’s platforming antics yet it’s not really explored further. There’s also the welcome presence of a pacifism option, though given how hard the game is even when you can take out enemies, you still need an insane amount of patience to tackle it.

The Path of Motus is a game with heart, but that’s not enough to make it an essential excursion. You’ll find some fun here if you take the trip but be prepared for an uneven and sometimes frustrating journey.

The Path of Motus is available on PC, Xbox One and PS4. We reviewed the PC version.