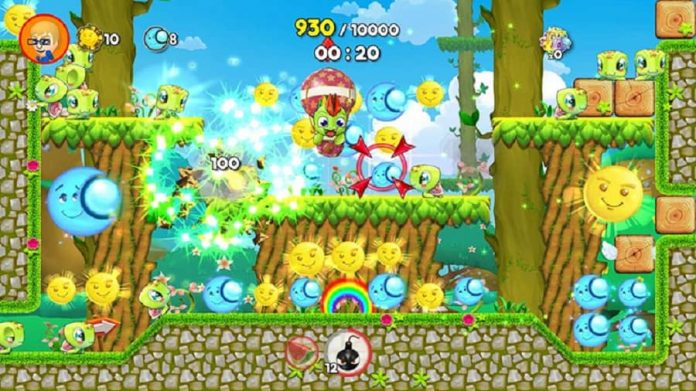 It had me at “turtle”, basically.

TurtlePop: Journey to Freedom landed on Nintendo Switch back in March, and only recently have I sat down to give it a little go. It’s a bright and colourful puzzle platformer game… starring turtles. So many cute turtles. That’s essentially all I needed to know to be won over by the game.

Your typical Mario-style platformer this is not, however. TurtlePop is more puzzles and strategy than it is running, jumping action. The goal of every level is to get a number of turtles to the exit. Your turtles can walk and jump, and that’s it. For the first couple of levels that’s enough, but soon you’ll come up against obstacles. After a few levels, bombs, enemies, walls and unreachable jumps will stand in your way. And to tackle these, you have a genie to help you.

Pushing a shoulder button switches control from the turtles to the ‘genie’ – a floating helping hand that can cast items down to the turtles to help them on their way. Need to reach a higher platform, or need help after taking damage? The genie can feed a watermelon to a turtle to give them a bit of a boost. And if an enemy or a wall stands in the turtles’ path, the genie can throw down a bomb to get rid of them.

Turtles can be controlled one at a time, or, if they’re close together, you can hold the other shoulder button to control them simultaneously. You’re constantly working against the clock, but each level’s timer is pretty generous so you’re able to move slowly and cautiously. The difficulty soon ramps up, and TurtlePop: Journey to Freedom requires quite a bit of patience. Clearing obstacles while keeping your turtles safe is often easier said than done, and in some areas those obstacles can quickly respawn. Constantly switching between the turtles and genie can be a little awkward, but once you get the hang of it there’s a lot of fun to be had. 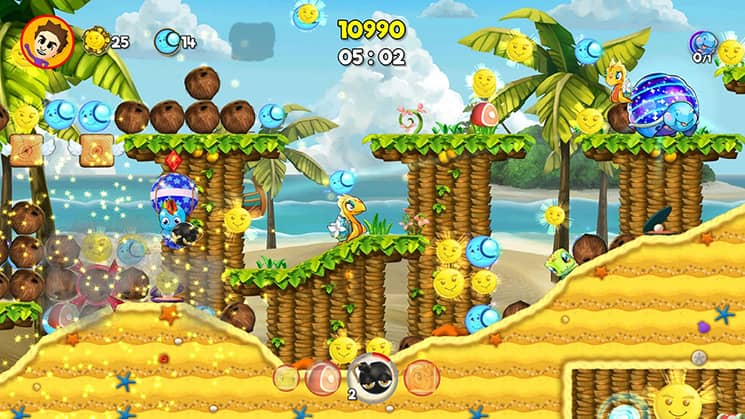 TurtlePop also packs in some deep progression mechanics, too. As you play, you’ll collect sun and moon currencies as well as earning cards. These cards grant you skills and items, and can be levelled up as you play. The skills grant you items that your genie can use, and also determine how many items your genie can carry at any one time.

And this is all just in the game’s single player mode (which can also be enjoyed in co-op, by the way). Throw in the multiplayer arena modes that TurtlePop: Journey to Freedom sports, and you’ve got quite the package on your hands. For just £17.99, there’s a lot of gameplay. But remember, however cute TurtlePop may be – and boy, it is super cute – don’t let its facade fool you. This is a real test of your puzzle-solving and patience – but it’s still a lot of fun.