I didn’t know what to expect from watching my first Tennocon, so to say I was pleasantly surprised would be an understatement.

Tennocon is an annual Warframe convention started in 2016 by the game’s development team, Digital Extremes. London – the one in Ontario, Canada – where the team is based has been the site for Tennocon since its inception.

2018’s Tennocon took place on 7th July, and the livestream for its hour-long presentation was at an unwelcome 11 pm over here in the UK. Much like E3 though, once the presentation was underway, you daren’t go to sleep.

I’ve only been playing Warframe for two weeks, so the warframes showed off near the start of the presentation are pipe dreams for me, and I probably have a very long way to go before getting them as a free-to-play player. The best announcement for neutrals was Warframe coming to Nintendo Switch, although there was no indication of a release window. It’s great for those who’d want to play on the Switch from scratch, but cross-play and account sync are still sorely missing from Warframe (though I believe there are several reasons why neither have been achieved).

But the pièce de résistance of this livestream was the 32 minute gameplay demo showcasing two new expansions, Fortuna and Railjack:

I had to remind myself several times that all of this is available for free. In the AAA market Fortuna and Railjack would be £30 expansions – each.

Warframe already has a semi-open world area, Plains of Eidolon, but Fortuna’s Venus will be much bigger – and it has hoverboards. Hoverboards! Digital Extremes then had a sneaky little trailer at the end for something that’ll follow recent expansion Sacrifice’s story.

This 32 minute gameplay demo wouldn’t be out of place at any of the major E3 showcases. Not only that, but it would have been the best showcase of any game at E3 this year. What Digital Extremes showed in Railjack is where Destiny and Anthem may go in four or five years, except it’s happening much sooner in Warframe, and for free.

Through tweets from game director Steve Sinclair we got insight into how close we were to a potential Railjack absence at Tennocon. “15 days ago entire RailJack section of the demo was going to be cut. Broken, incomplete, flawed. But our team went all-in.” And while ‘crunch’ is something we need to be more mindful of in the industry, it seems this team really wanted to get a working demo of Railjack to help celebrate Warframe at Tennocon.

15 days ago entire RailJack section of the demo was going to be cut. Broken, incomplete, flawed. But our team went all-in. I’ve wanted this type of gameplay since I was a boy. Solaris sing “we all lift together” and I choke up because the song and it’s message became real for me. pic.twitter.com/mLpXUcaeKZ

RailJack uses separate physical areas for the multiple ship interiors. Because the distances are so large many unexpected bugs popped up. Temporal Antialiasing was 'bleeding'. This lead to major overhaul of the system incorporating ideas published by Naughty Dog and Blizzard. pic.twitter.com/wfWEyTfxqL

Conveying scale in space was elusive. Added asteroids, volumetric fog and massive planetary shield nodes to give it 'terrain' and depth. In demo we didn't see it well, but the Obelisk shoots the RailJack if its in the open too long. Needed to avoid boring straight line approach. pic.twitter.com/7zdunth8Jj

RailJack had a lot of problems. One was space felt generic. Cluttered w/asteroids and the Obelisk. Nod to Last Starfighter I thought 'screw it, the Orokin built a shield around the planet' lets put something big and weird. Team pivoted and built *massive* Orokin derelict 'nodes'. pic.twitter.com/227t2p2nFm

The livestream showcased to me that I made the right decision to start playing Warframe recently. I finally have a ‘go-to’ game for when I don’t know what to do; something I’ve been looking for for years. In general, it seems to be a really great time to start playing Warframe for various reasons; a lot of streamers have recently started playing for the first time, and are helping guide other new players to the title. 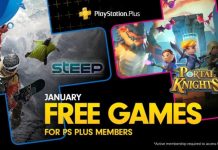 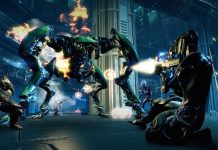